Space Troopers fight for the Terran Council and what their wars are all about.

As a member of the elite 3:16 Expeditionary Force, you defend Terra by fighting threats wherever they may appear. Along the way you’ll find out more about yourself and why you’re fighting. 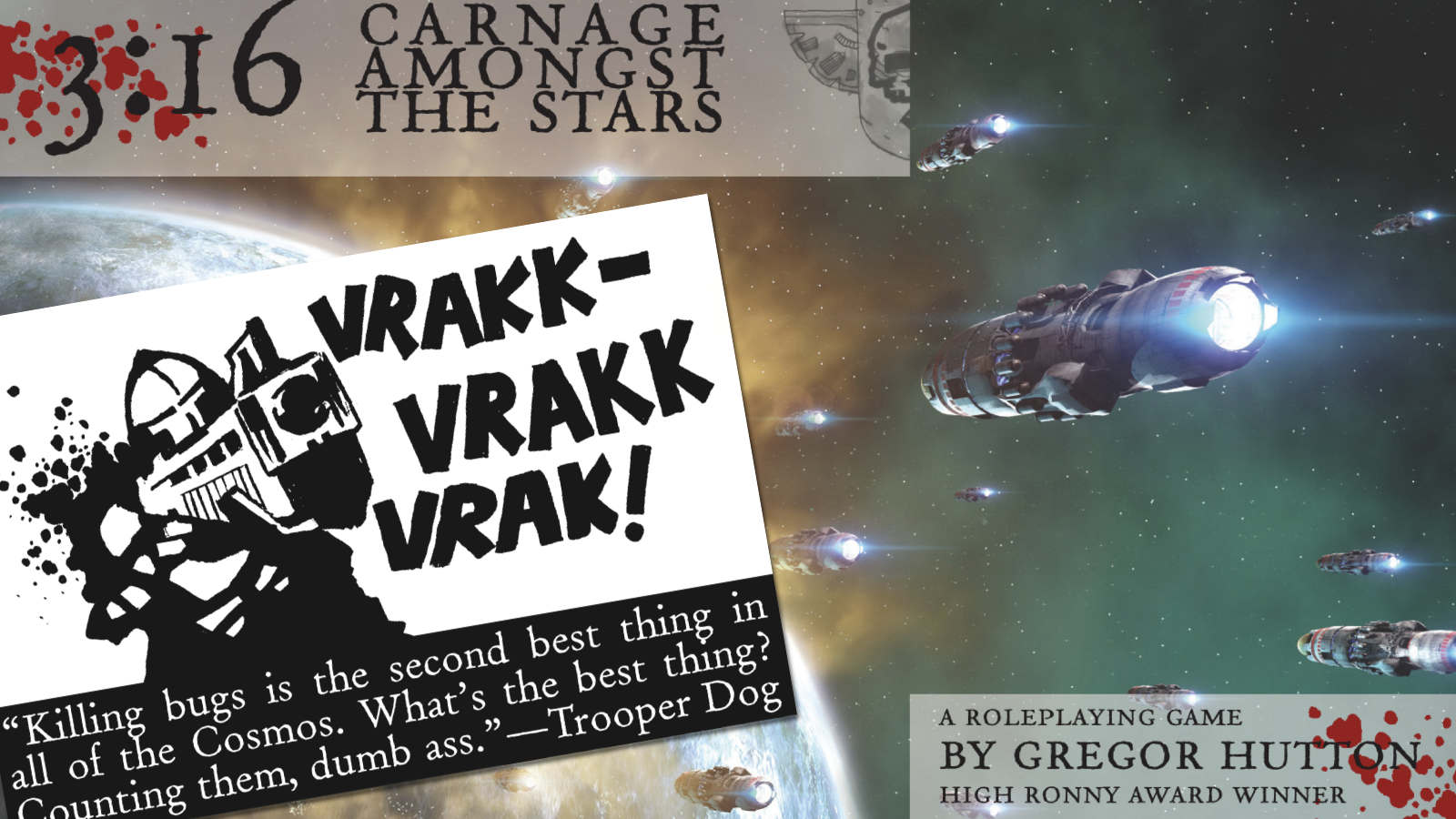 Some games are subtle. Some games hit you over the head with their simplicity. Very few games allow you to quickly and easily jump into the action, then slowly reveal subtleties after repeated play. 3:16 Carnage Amongst the Stars is one such game. Suitable for one-offs or short campaigns, 3:16 can be used to run straight-up Aliens-style bug hunts or extended deployments in which characters advance in rank and have to grapple with more complex moral issues.

Here’s how publisher BoxNinja describes 3:16 Carnage Amongst the Stars:

See where your tour of duty in the 3:16th Expeditionary Force takes you and your friends. Join in Terra’s plan to kill every living thing in the Universe to protect the home world. Revel in the kill-happy machismo and enjoy a campaign of Carnage Amongst the Stars.

What Fans Love About 3:16 Carnage Amongst the Stars 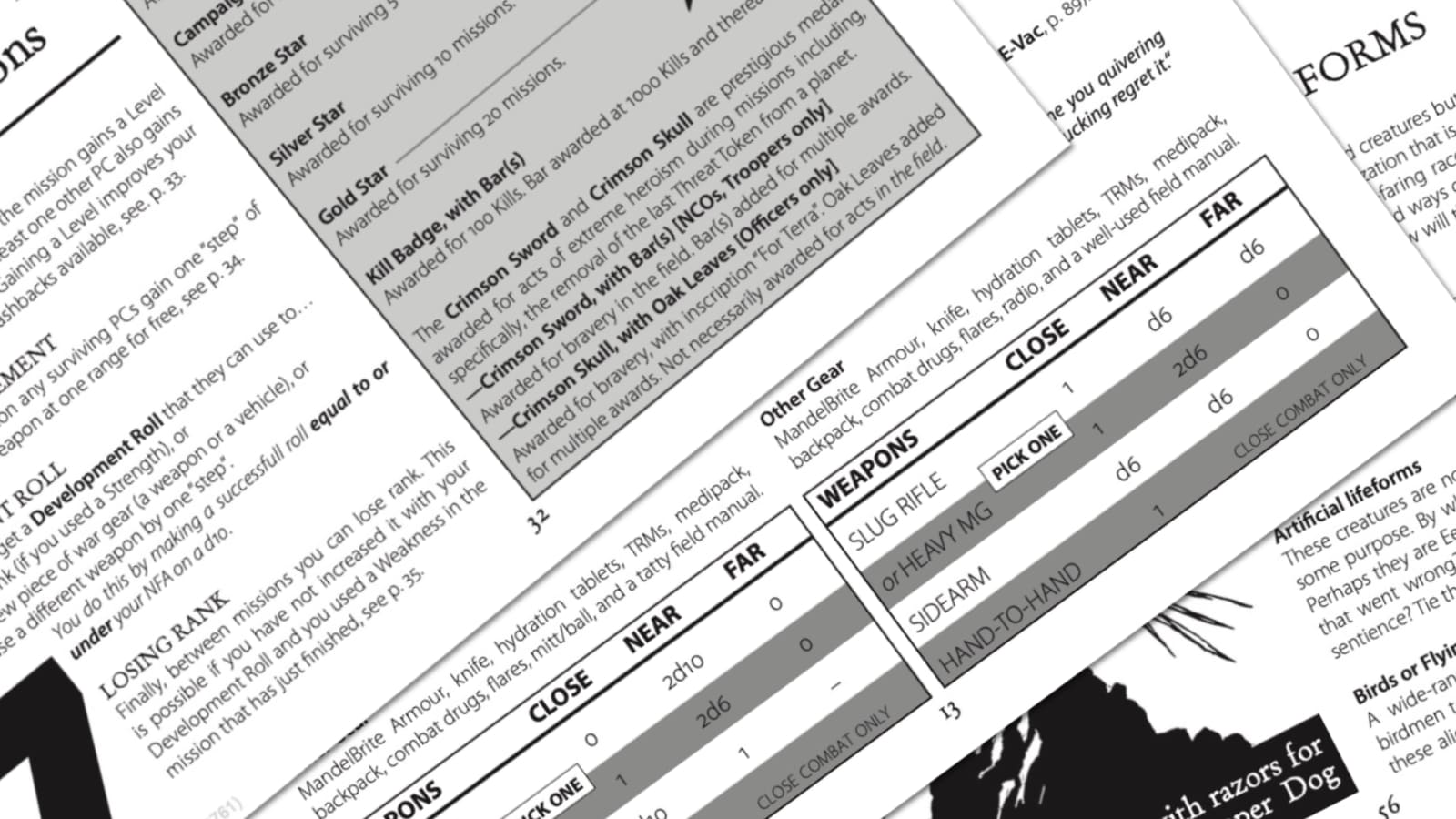