Brave survivors roam the wastelands in supercharged vehicles of all kinds, facing danger at every turn!

You’ve got enough gasoline to get you to the next settlement, but brigands are in the way. Good thing you’re the best driver in the wasteland and your partner has a ready shotgun. 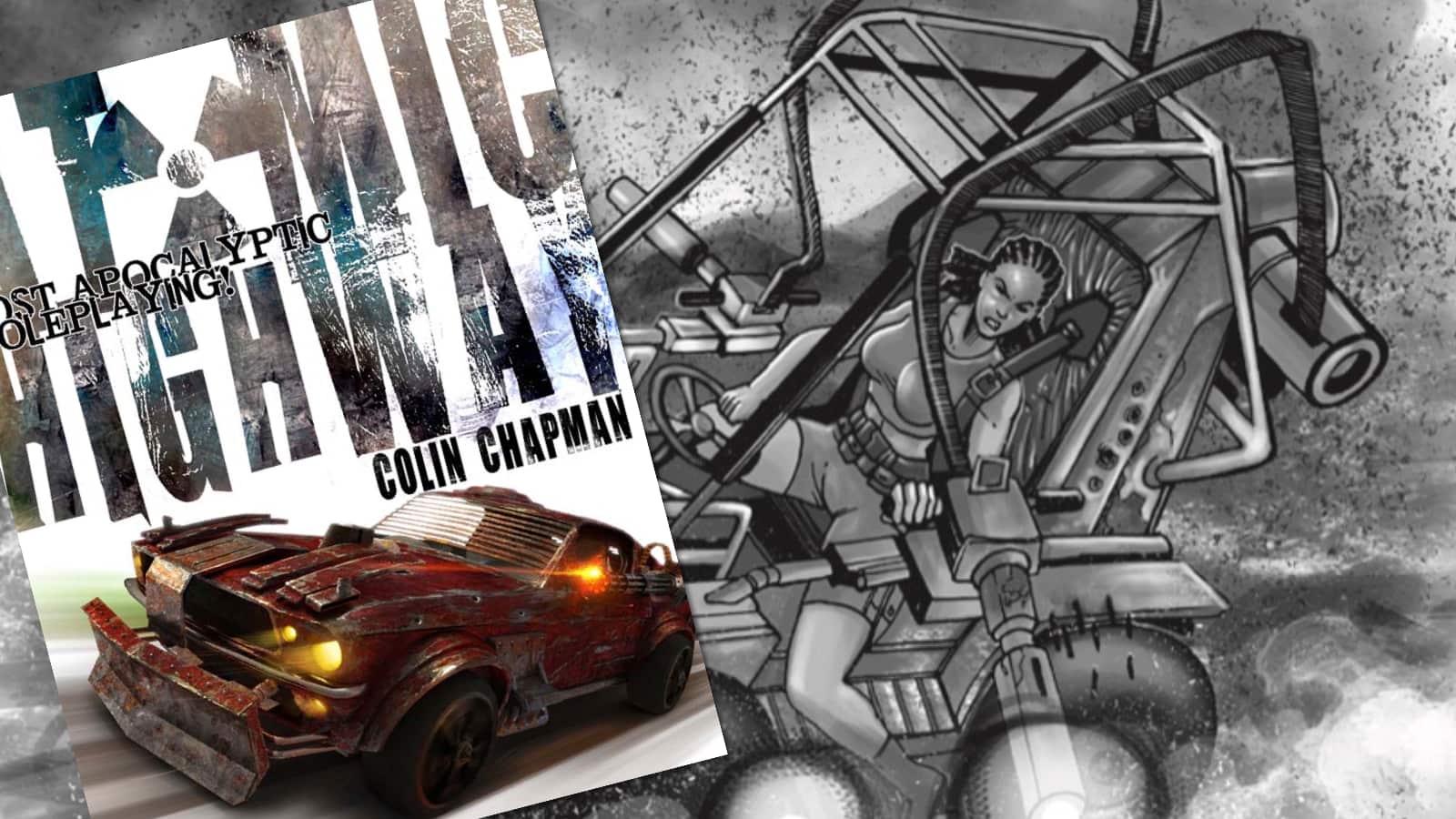 Atomic Highway doesn’t spend any time on backstory or metaplot. This is a game of wild and wooly action in a blasted landscape occupied by nomads, bartertowns, raiders, and enclaves of the old technology. Vehicle combat and mutations figure heavily in the game, and the straightforward rules are built around a pool of six-sided dice. Atomic Highway is well-suited to one-shot games and short campaigns. It’s supported by multiple supplements.

A new Dark Age has begun. The descendants of the apocalypse’s survivors scavenge the remnants of the Before Times, struggling to buil a new life amidst the ruins of the old. In a savage world where the strong ravage and exploit the weak, the survivors’ settlements are oases, connected only by convoys of armed and armored vehicles that run the gauntlet of raiders… and worse.

What Fans Love About Atomic Highway 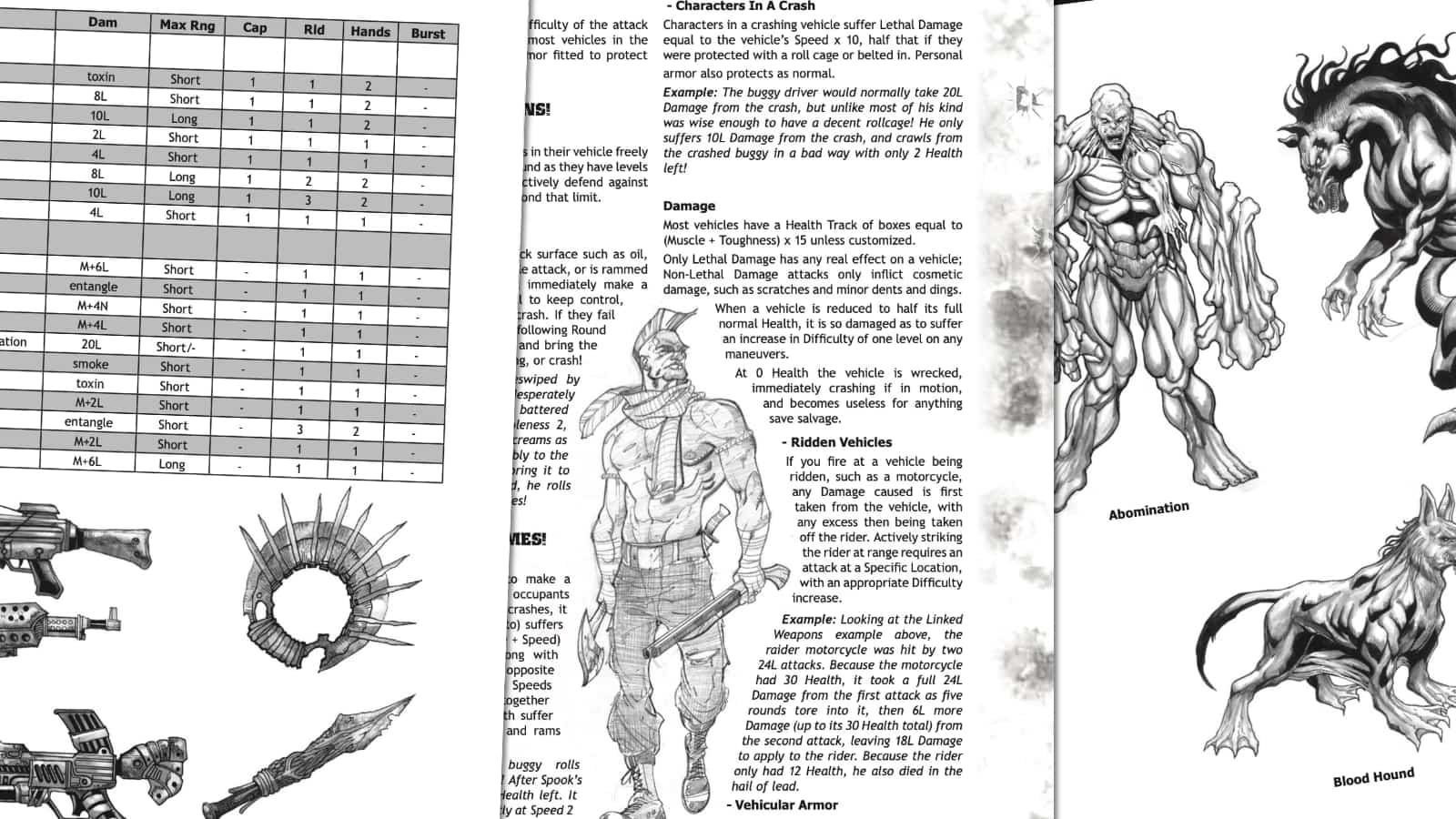