Action Scientists save the world!

Robots. Nazi-punching scientists. Aliens. Evil dinosaurs. Atomic Robo has all this and more. Characters in Atomic Robo are members of Tesladyne, a top-secret corporation that uses science to fight wrongs and help humanity.

The game uses Fate Core mechanics, which focus on helping players create a fast-paced, dramatic story. It employs comic book examples to help explain things, and provides lots of help for new players and gamemasters. If you enjoy pulp-style action and want a game that emphasizes collaborative storytelling, Atomic Robo may be right for you.

This is action science like you’ve never seen it before, coming straight at you from the pages of the popular Atomic Robo comics by Brian Clevinger and Scott Wegener. Play as an action scientist or immortal robot, super-spy or pulp adventurer—or something stranger still from the hidden corners of super-science!

What Fans Love About Atomic Robo 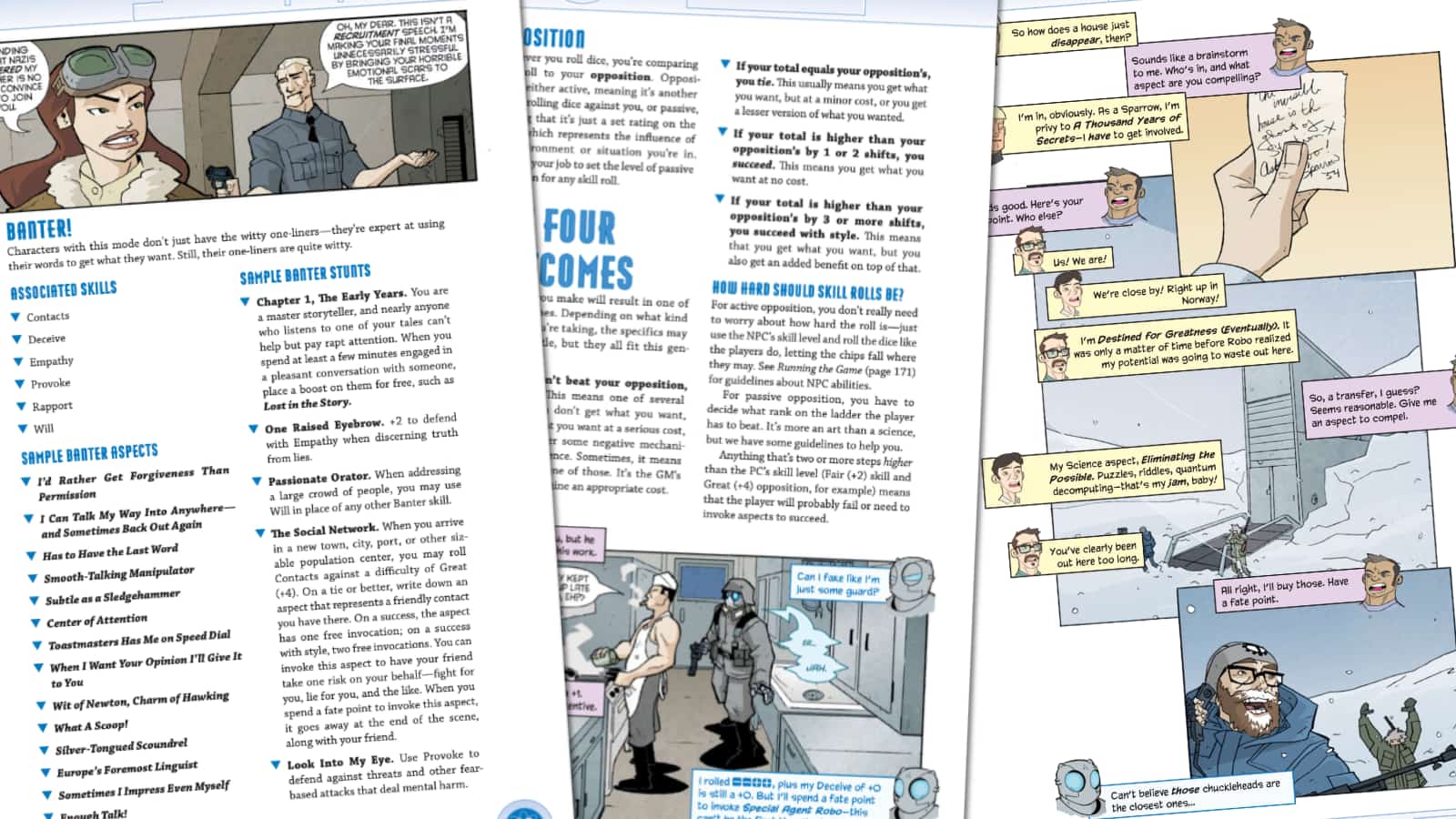