Thieves own the night in a gritty magic-industrial city!

In Blades in the Dark, competing gangs, wealthy families, and the city watch attempt to thwart your criminal gang as you fight your way out of the smog-choked, ghost-ridden streets of the alt-Victorian city of Doskvol. 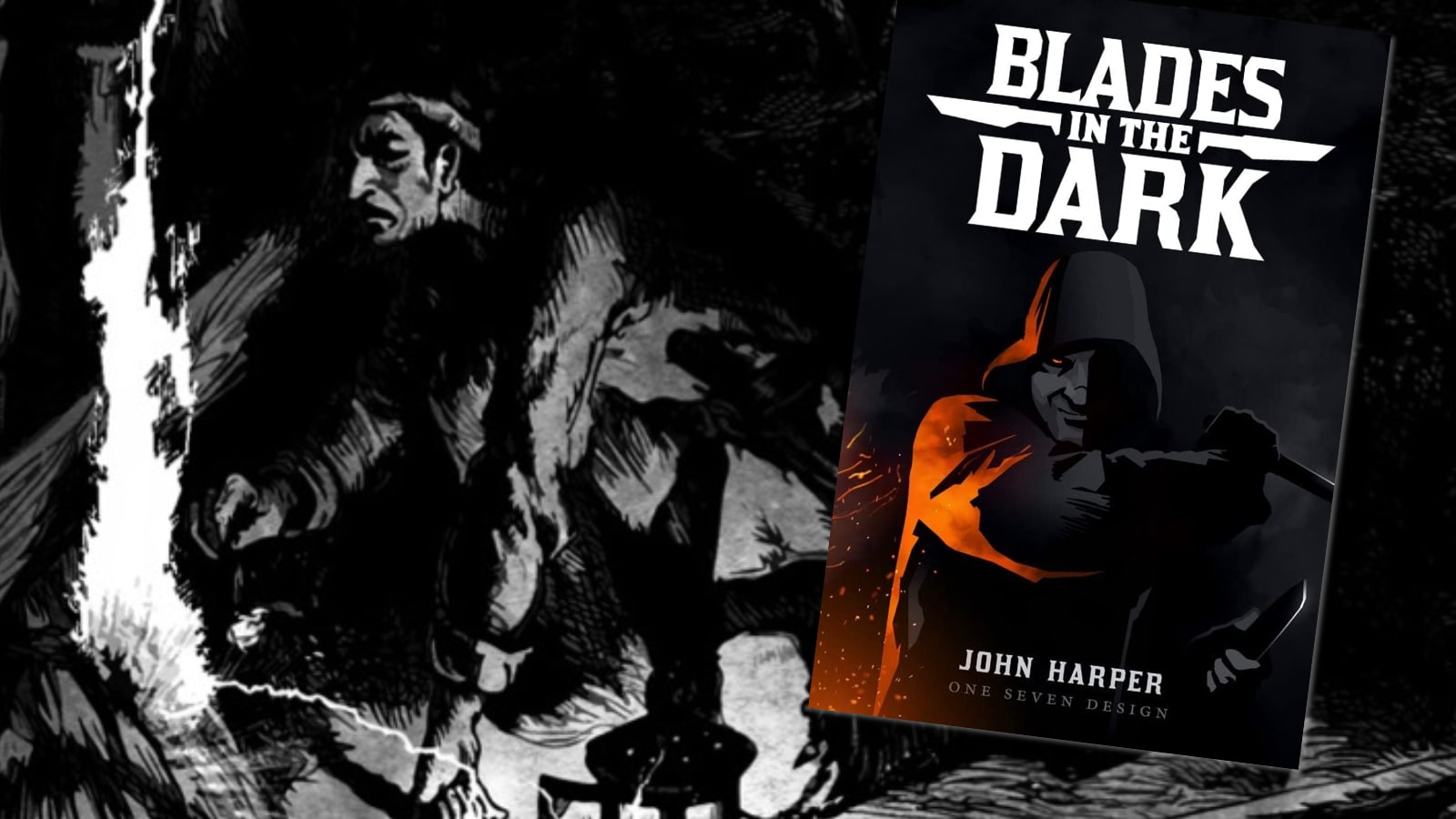 Doskvol is a thoroughly-detailed setting filled with threats and opportunities. Criminal factions vie for control of the city, and player character actions influence and are affected by these power struggles. The core mechanics are built around six-sided die (d6) rolls, with frequent “success at a cost” outcomes and rules that keep action moving even when characters are between criminal schemes.

Here’s how publisher Evil Hat describes Blades in the Dark:

Blades in the Dark is a tabletop role-playing game about a crew of daring scoundrels seeking their fortunes on the haunted streets of an industrial-fantasy city. There are heists, chases, occult mysteries, dangerous bargains, bloody skirmishes, and, above all, riches to be had — if you’re bold enough to seize them.

What Fans Love About Blades in the Dark

See Blades in the Dark in Action 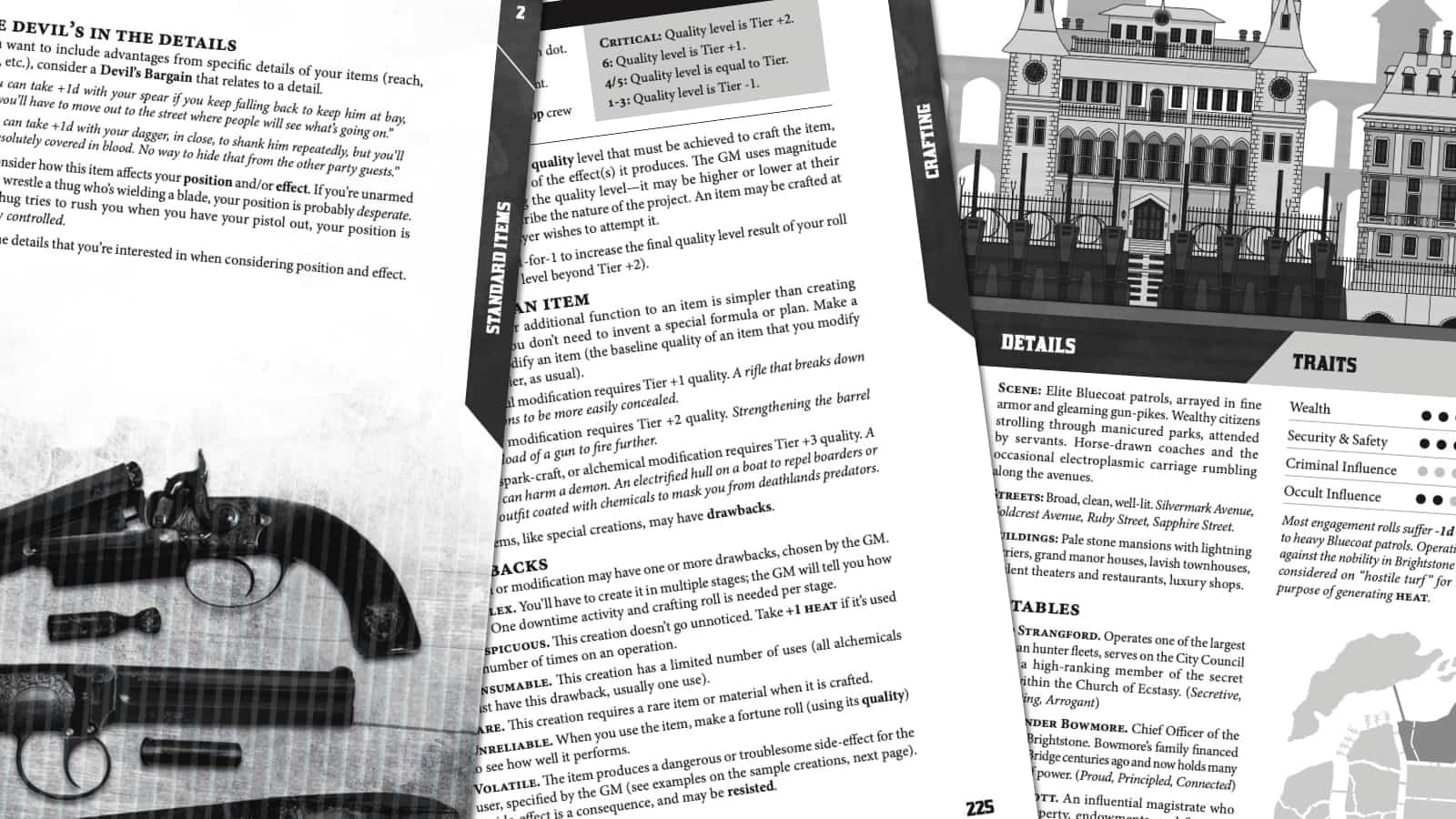