In a world of guns, chrome, and cyberware, you need to take it to the Edge if you want to get ahead! 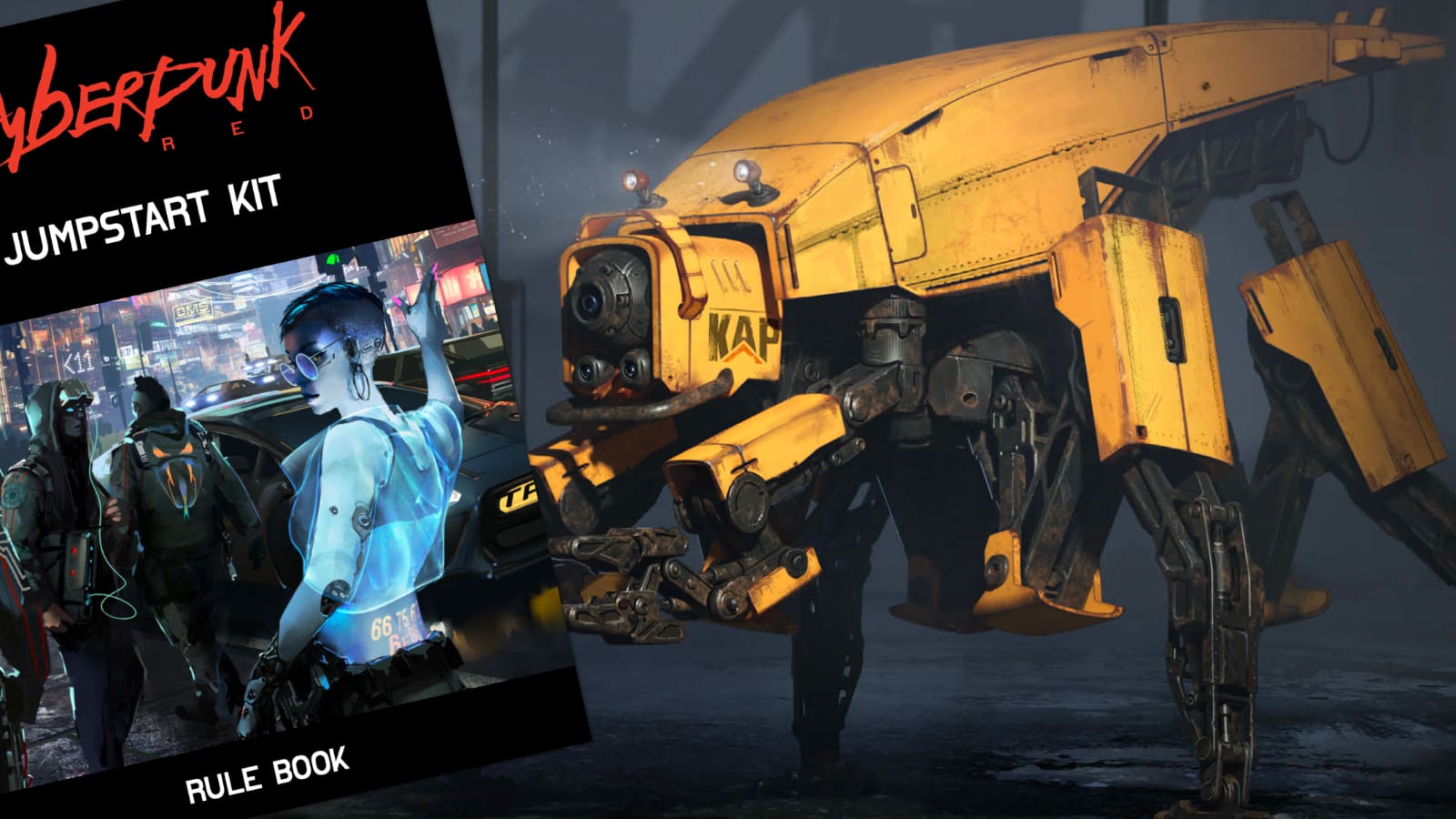 This is the latest edition of the tabletop RPG that brought the blood and glam of the cyberpunk genre to game tables in the 1980s. It leans heavily into the near-future dystopian environment Night City in the year 2045. Corporations run the show, but there are dangers of all kinds lurking in the shadows.

You’ve hooked your Militech pistol to the interface in your brain; upgraded your cybernetic fist with carbo-glas blades; and installed cybereyes that can pierce through the red haze like morning fog. There’s a world full of opportunities out there, just waiting for the right Edgerunner. Maybe that’s you.

What Fans Love About Cyberpunk Red

New to Tabletop RPGs? Go with the Jumpstart Kit

The Jumpstart Kit contains basic rules, pre-generated characters, dice, and everything you need to start playing, even if you’ve never seen a tabletop RPG. 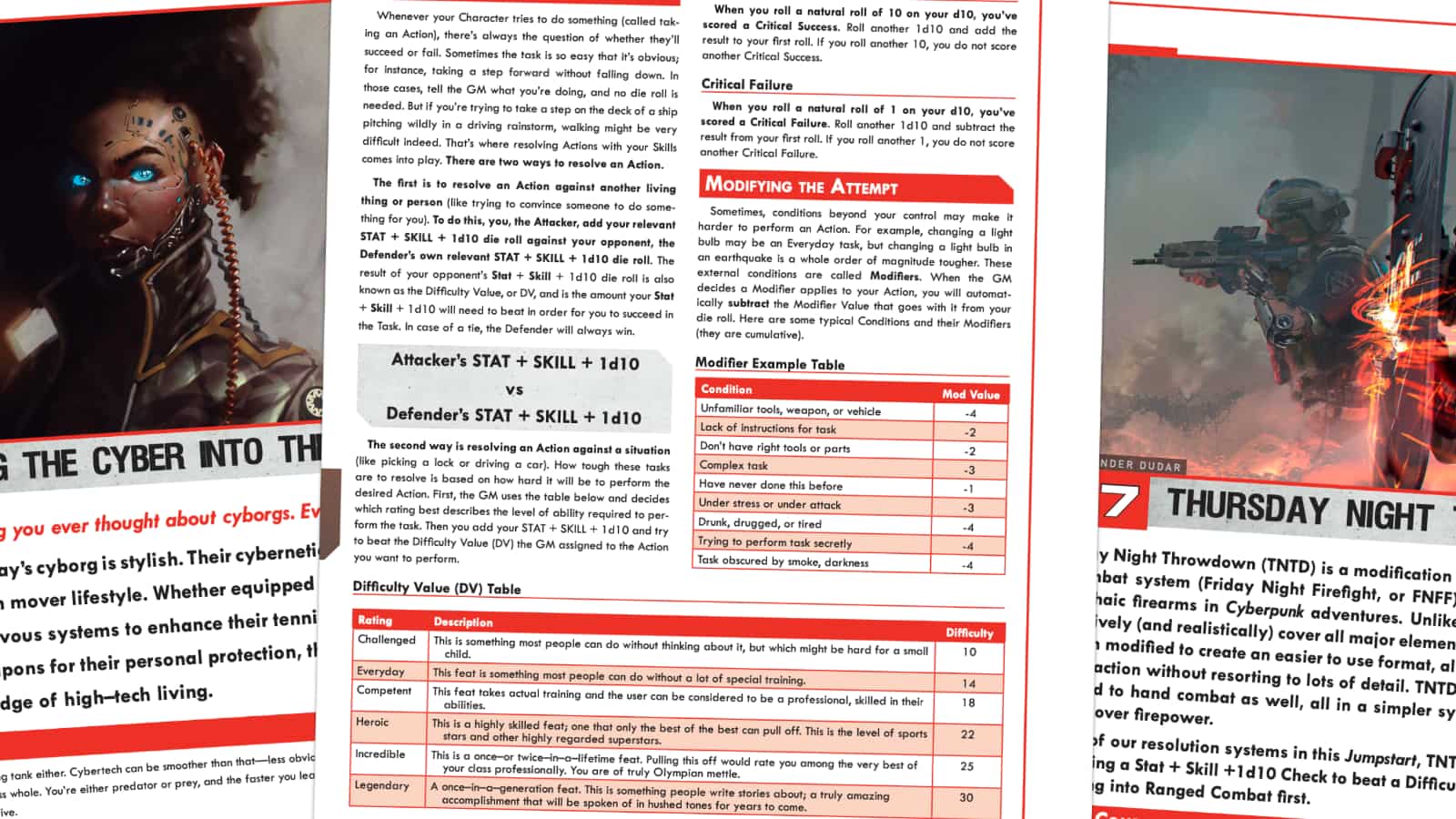