You are God’s Watchdogs, holding the Faith together!

One of the most well-known and influential of early 2000s indie games, Dogs in the Vineyard places player characters in alternate reality inspired by the beautiful, harsh terrain of mid-19th Century Utah. Their job: to travel this unforgiving land, moving from settlement to settlement and dispensing the Faith’s justice on its followers. 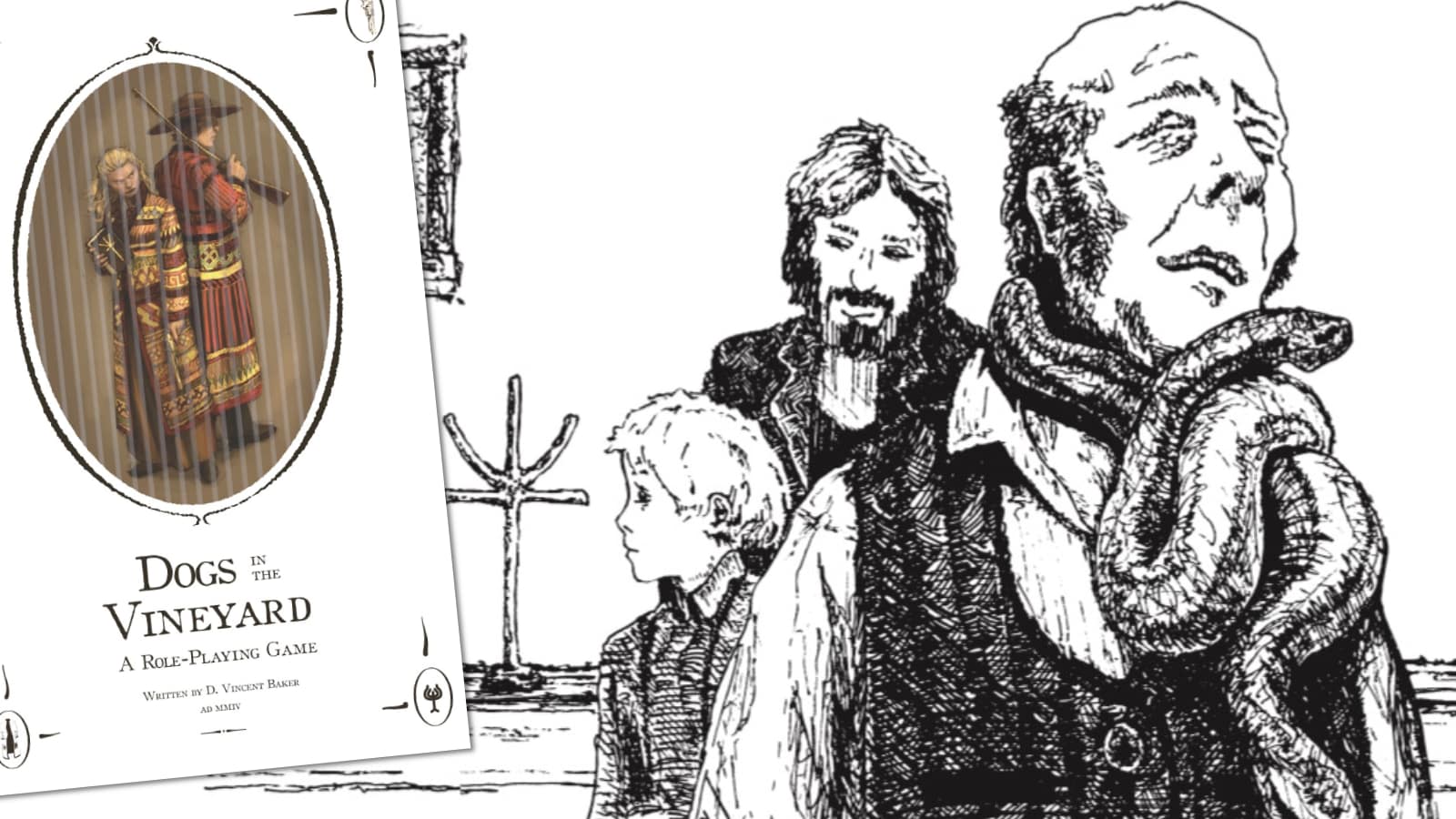 This is a strongly narrative game, focused on telling a rewarding story within narrow boundaries. It’s a game of morality and relationships, and reviewers sometimes suggest that for this reason it is best played with people you already know.

Here’s how publisher Lumpley Games describes Dogs in the Vineyard:

Does the sinner deserve mercy? Do the wicked deserve judgement? They’re in your hands. Sometimes it’s better for one to die than for many to suffer. Sometimes, Dog, sometimes you have to cut off the arm to save the life.

What Fans Love About Dogs in the Vineyard

See Dogs in the Vineyard in Action 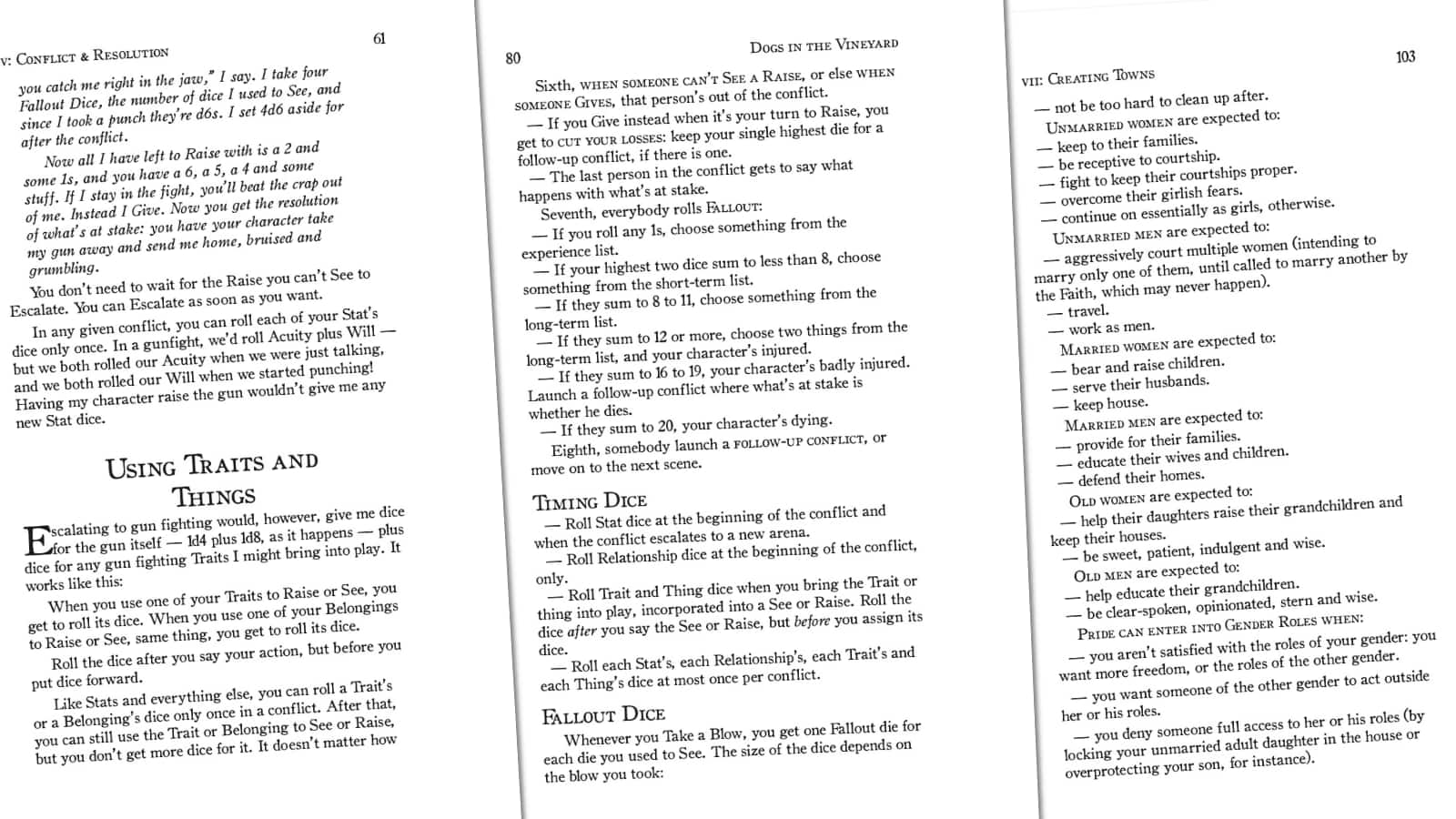