The early days of roleplaying were pretty wide open; anything was possible. DCC embodies and extends the gonzo spirit of a time before fantasy roleplaying became solidified around a core set of tropes.

Dungeon Crawl Classics is built from the DNA of early D&D, but incorporates plenty of unique elements. The massive rulebook incorporates hundreds of illustrations created in the style of 1970s fantasy roleplaying.

Return to the glory days of fantasy with the Dungeon Crawl Classics Role Playing Game. Adventure as 1974 intended you to, with modern rules grounded in the origins of sword & sorcery. Fast play, cryptic secrets, and a mysterious past await you: turn the page… 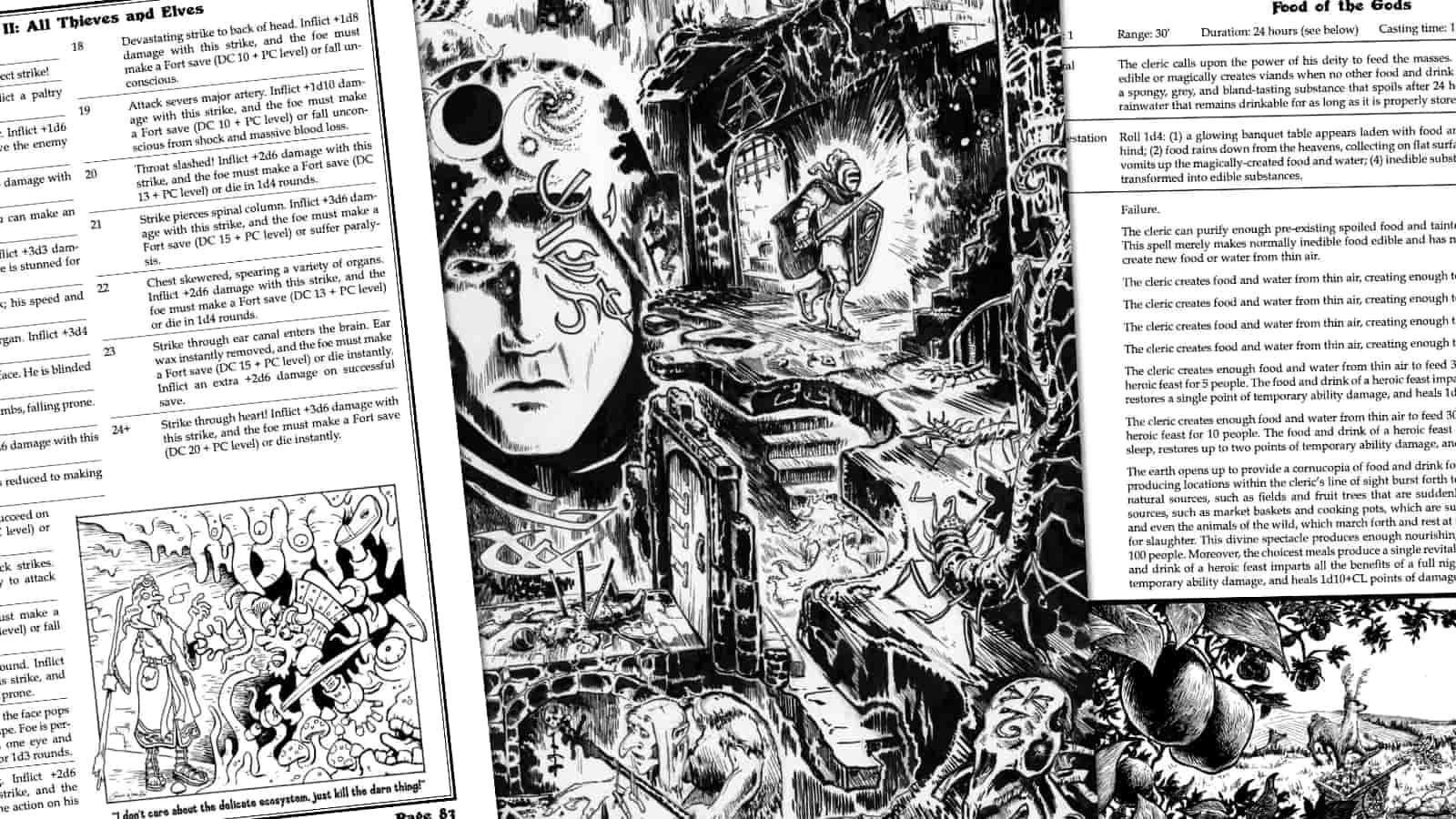