Members of a secret order tackle horrors that threaten Transhumanity!

Earth has been abandoned by most of humanity after a massive AI uprising left it barren. The rest of the solar system has been colonized by augmented humans, uplifted animals, and other forms of transhuman life. The conservative Inner System governments, hypercorps, anarchists of the Outer System, and everyone in between jockeys for power, even as new threats to transhumanity’s survival emerge.

The AIs that started the war still linger in hidden pockets. Strange unknowable aliens have appeared, and mysterious gates enable travel to planets far from the solar system. Behind it all a greater danger lurks. Player characters work for Firewall, a secret organization dedicated to confronting these threats. 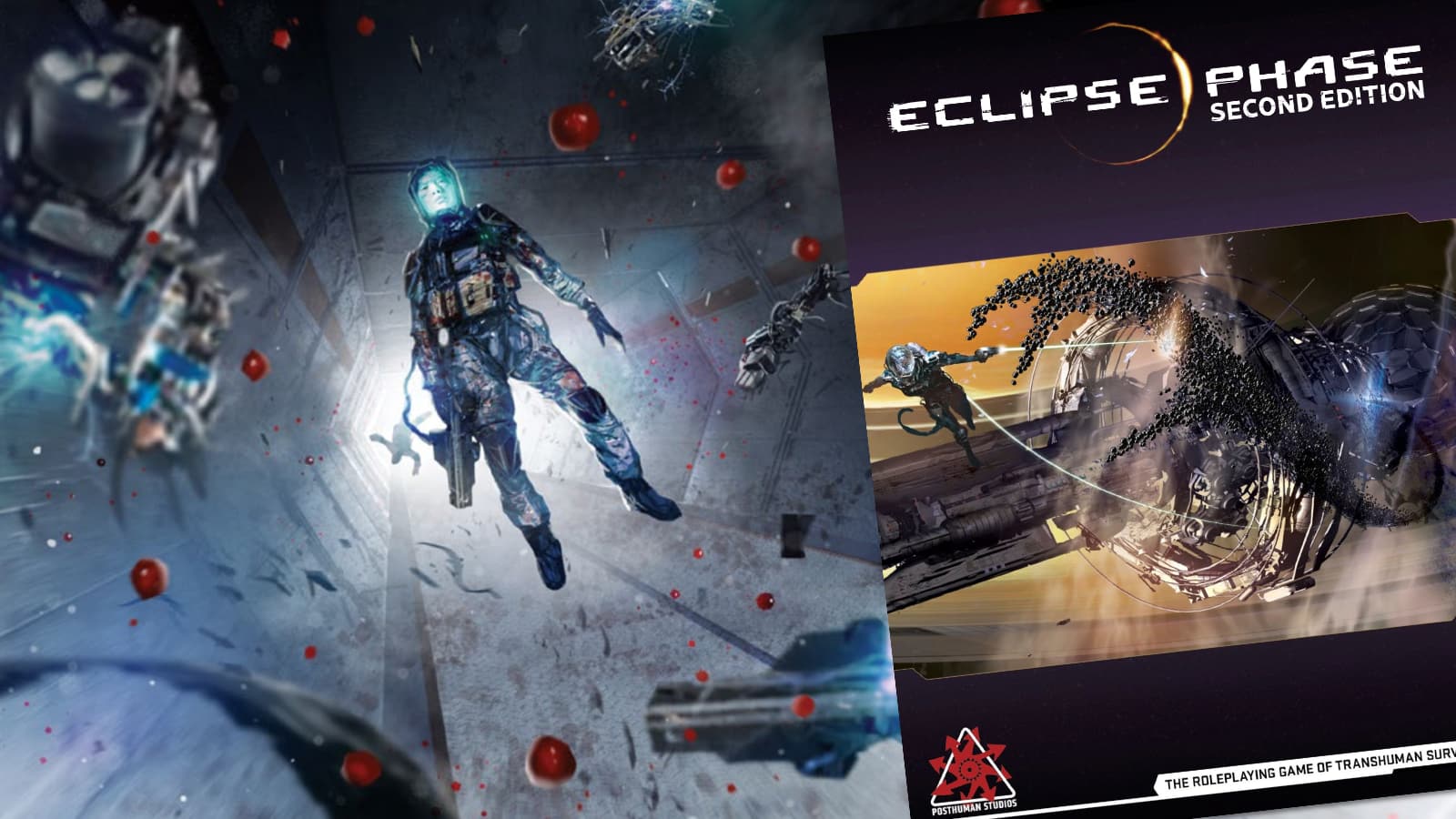 Your mind is software. Program it. Your body is a shell. Change it. Death is a disease. Cure it. Extinction is approaching. Fight it.

What Fans Love About Eclipse Phase

Download the Eclipse Phase 2nd Edition Quick-Start Rules, which includes a stripped-down version of the core rules, the Acrimony intro adventure, and pre-made characters so you can start playing right away. Also check out the Welcome to Eclipse Phase microsite. 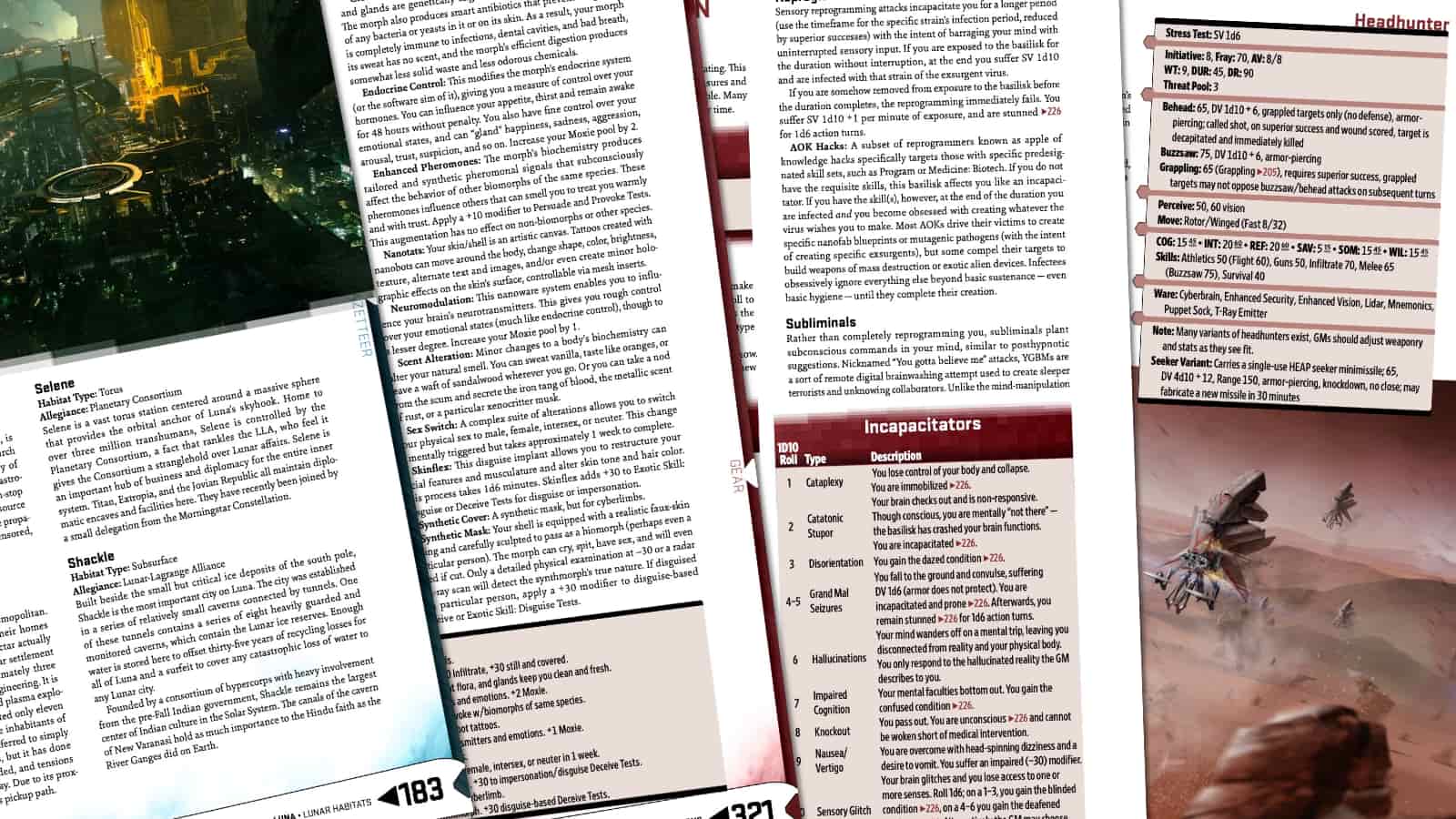