Transhuman adventurers roam The Commonality and beyond, rediscovering once-lost worlds and strange beings!

Reach beyond human limits – acquire multiple bodies, take on the mind of a city or a world, – or play as an uplifted animal, a synthetic being, or a sentient starship.

Using Fate Core mechanics, Mindjammer takes place in a space opera setting that incorporates faster than light travel, virtual reality, transhumanism, genetic engineering, conflicts of all kinds, aliens, and more. The rules can be also be used to run campaigns in settings of your own creation. 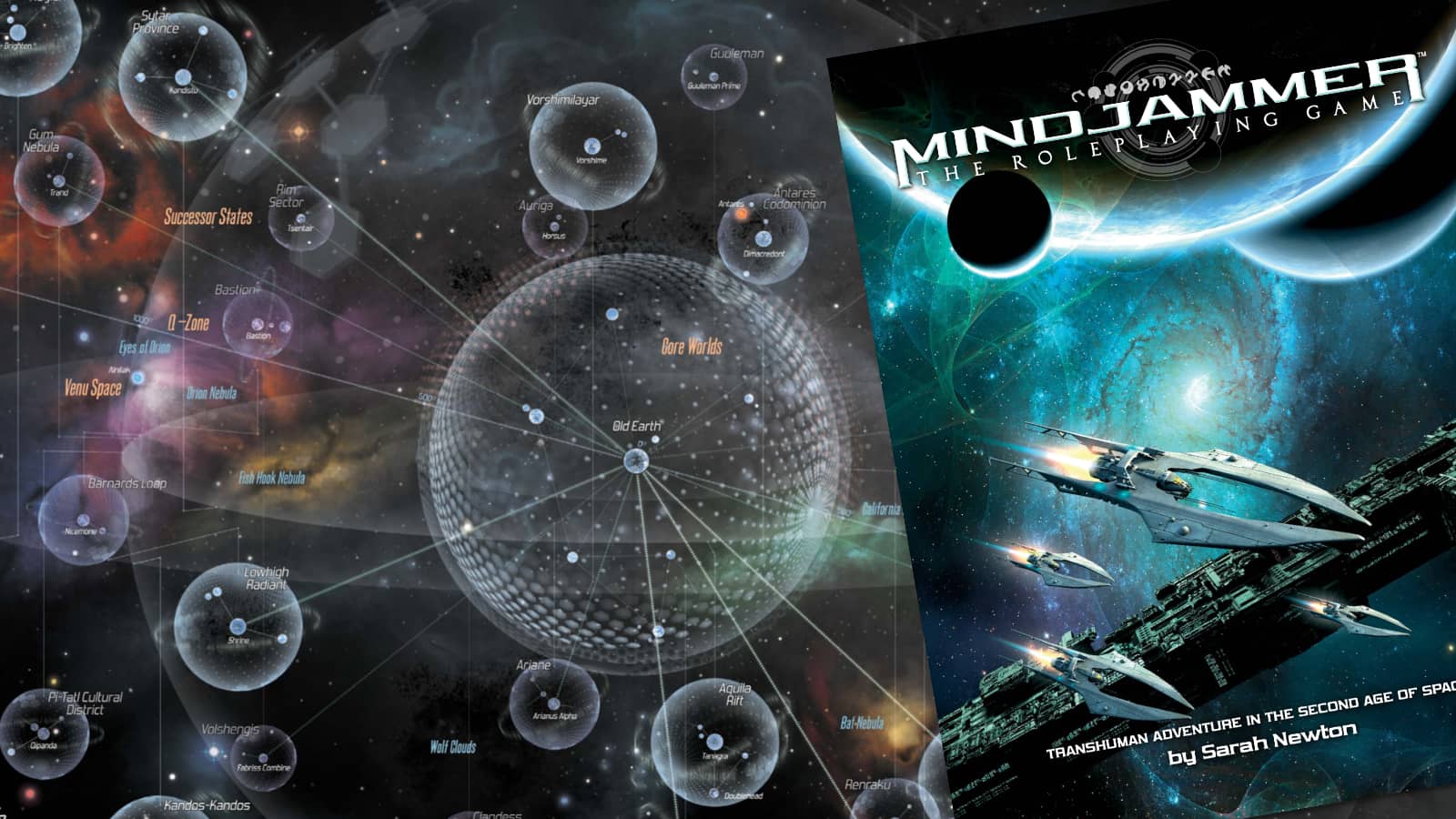 This is a game well-suited to campaign play, with a solid emphasis on narrative. It is also supported with several supplements.

Never has there been a greater time of opportunity. The universe is in flux, and for the first time in ten thousand years no one knows what the future will bring. Charge your blaster, thoughtcast your orders to the starship sentience, and fire up the planing engines. Come and defend the light of humanity’s greatest civilisation as it spreads to the stars!

What Fans Love About Mindjammer 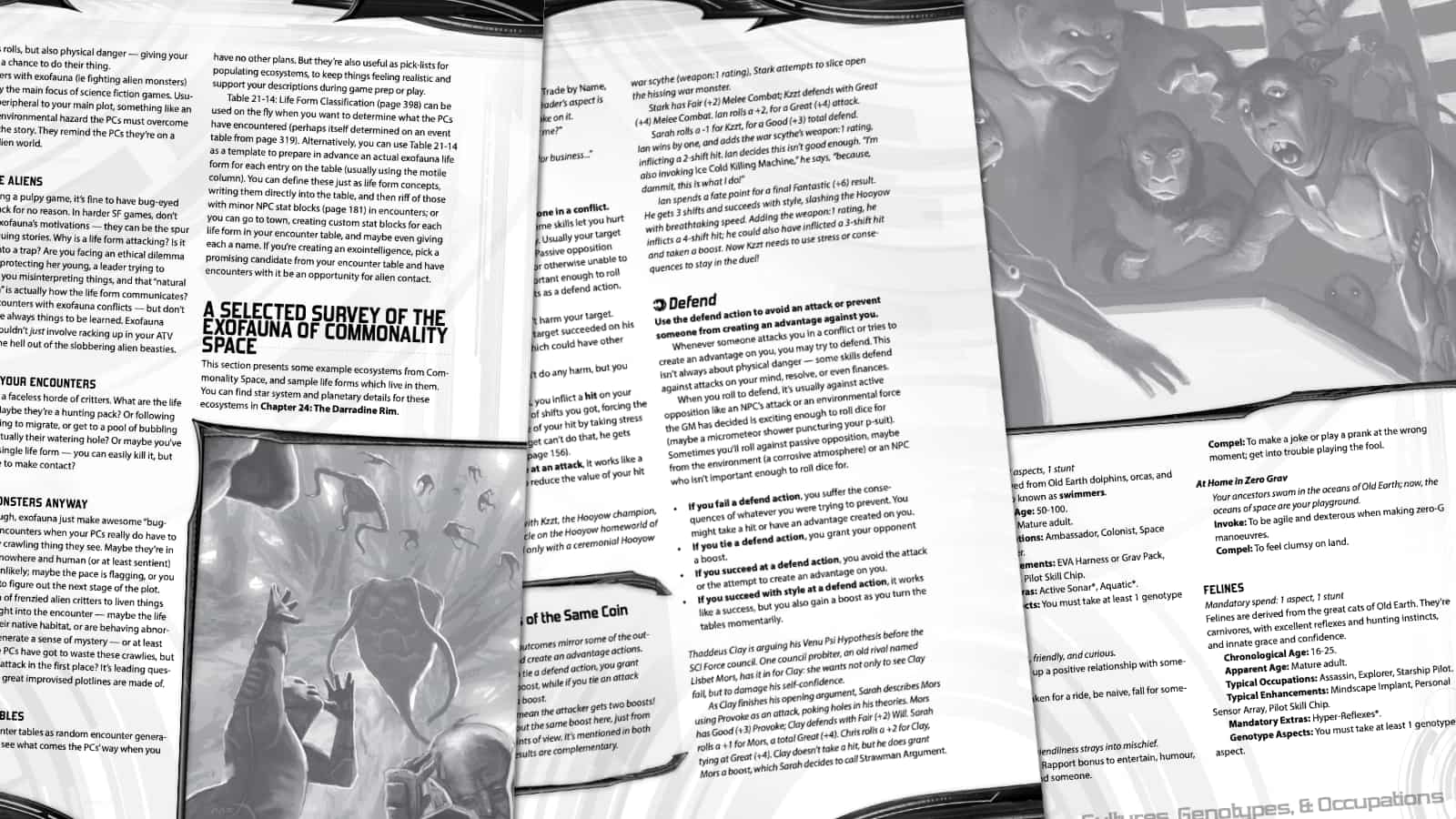