Characters leap into action in any genre, any setting! 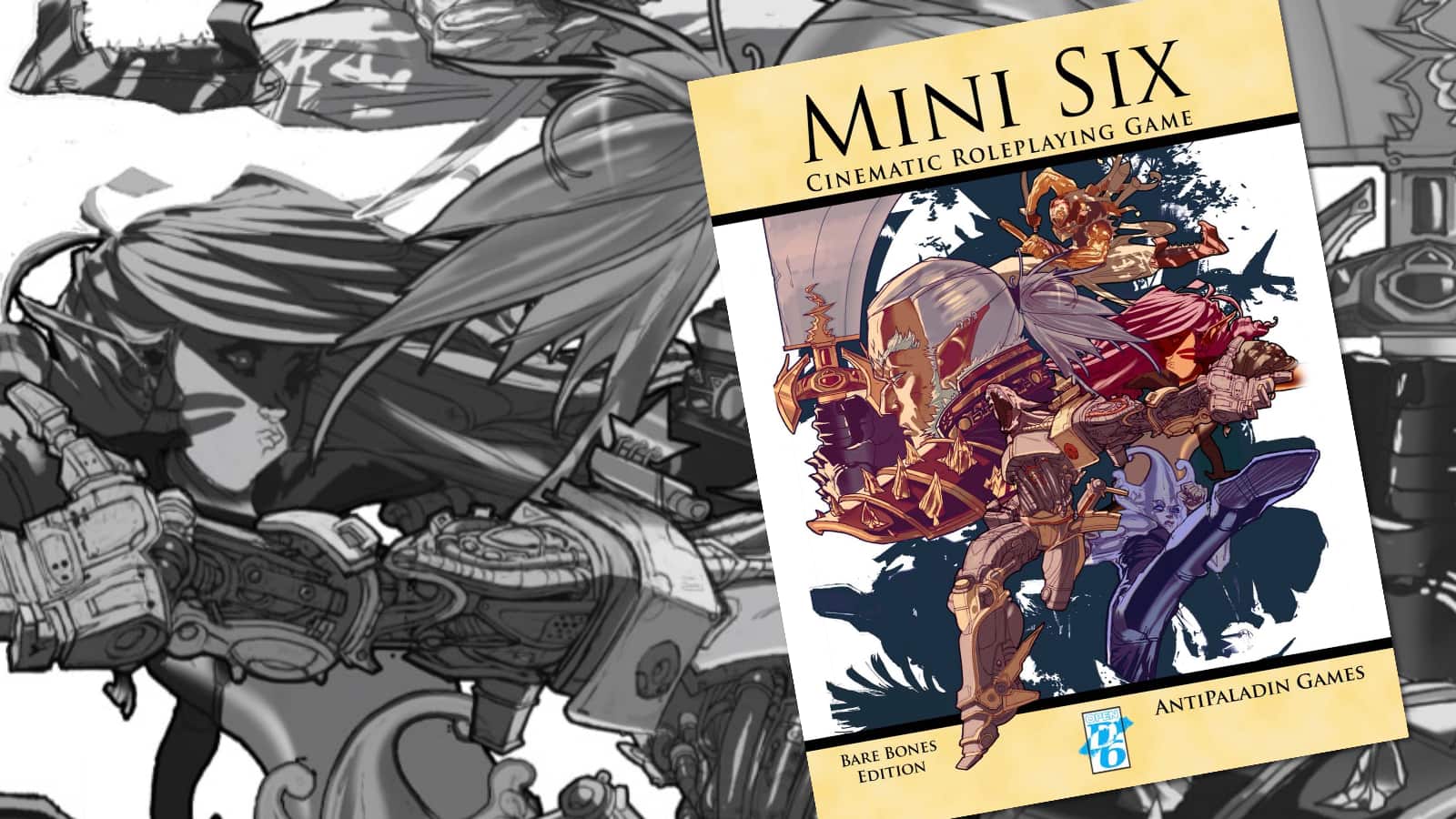 Based on the OpenD6 system, Mini Six is a free game that provides lightweight mechanics emphasizing the fast and furious action evocative of television and movie adventures.

Mini Six uses a simple point build system for character creation and as the name suggests, a pool of six-sided dice for task resolution. The game also includes a number of campaign ideas to get a gamemaster’s creativity going.

Mini Six is designed to get out of the way. Players can create characters in minutes for any genre. Game masters can build settings focused on story and adventure instead of minutia. With fast paced cinematic rules and five sample settings, this game is ready to play.

What Fans Love About Mini Six

Get It for Free 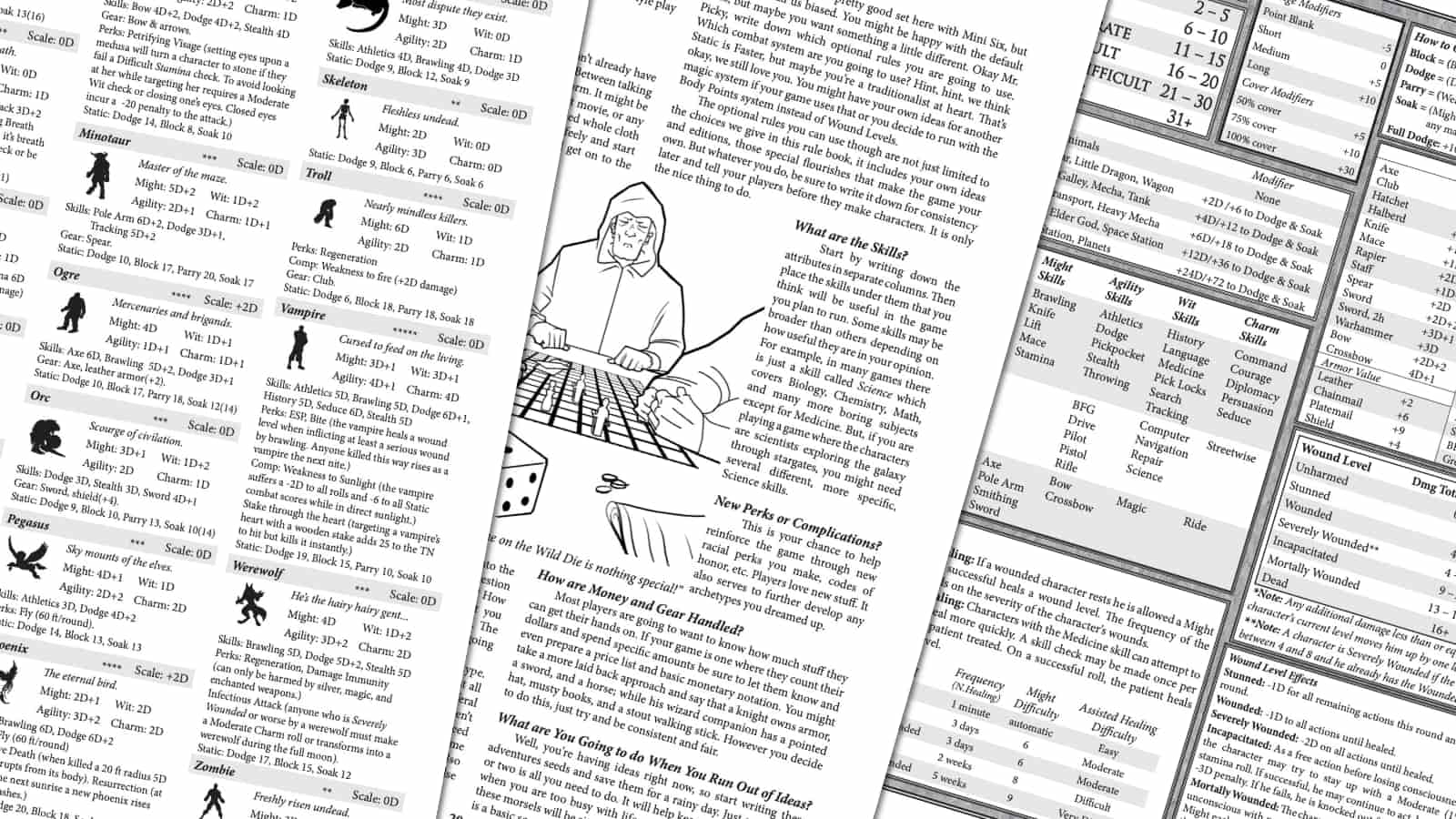