In your clandestine career you’ve faced many dangers, but nothing like this. The world is under threat from a vast web of conspiracies controlled by… vampires. That’s right, vampires. And who better to take them on than you and your team of highly-trained, hard-as-nails spies? 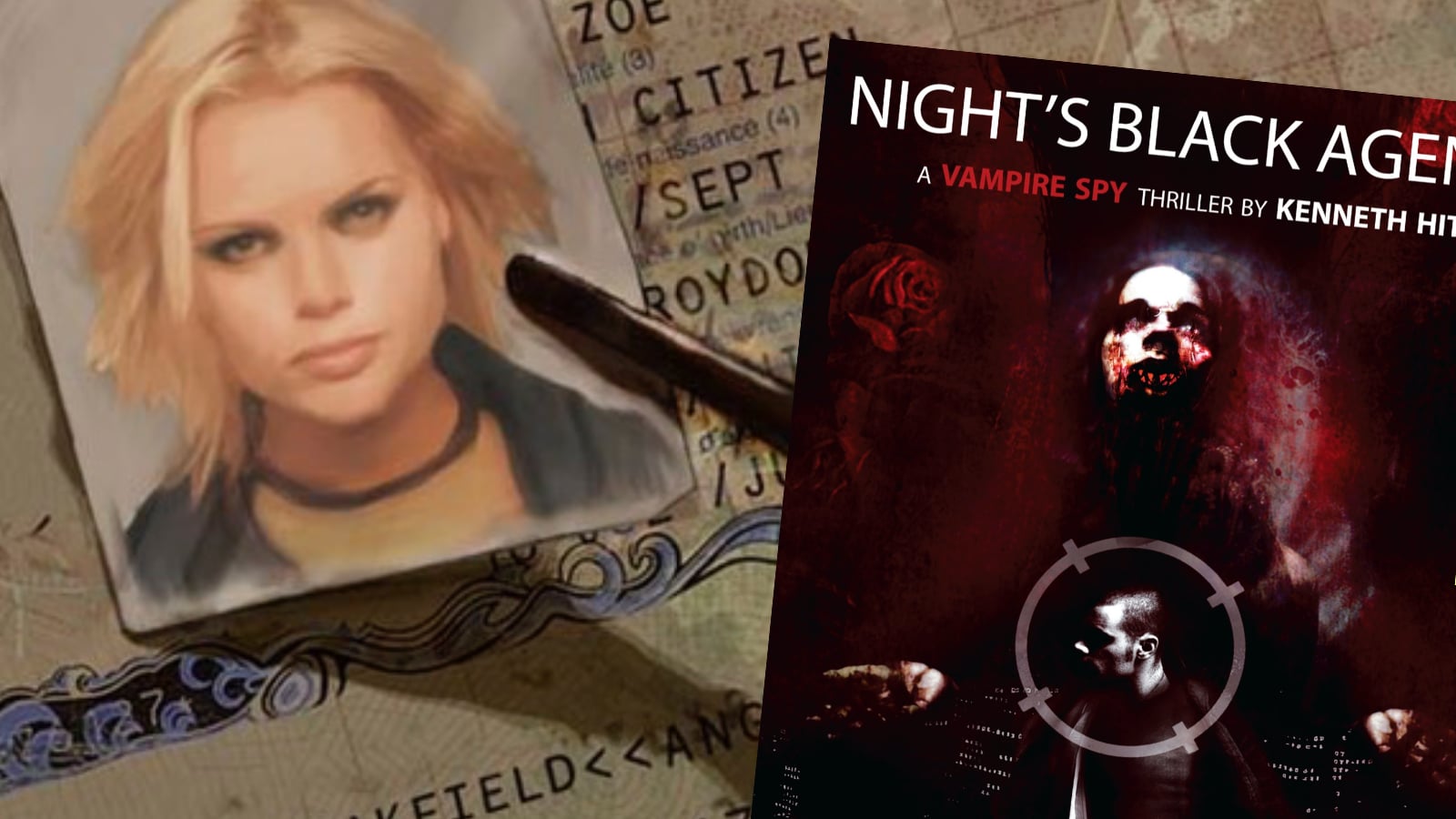 NBA focuses on investigation, skill utilization, harrowing chases, and fluid combat in the dark corners of famous European cities. The game is supported with multiple supplements and adventures, including the immense, critically-acclaimed The Dracula Dossier.

Night’s Black Agents brings the GUMSHOE engine to the spy thriller genre, combining the propulsive paranoia of movies like Ronin and The Bourne Identity with supernatural horror straight out of Bram Stoker. 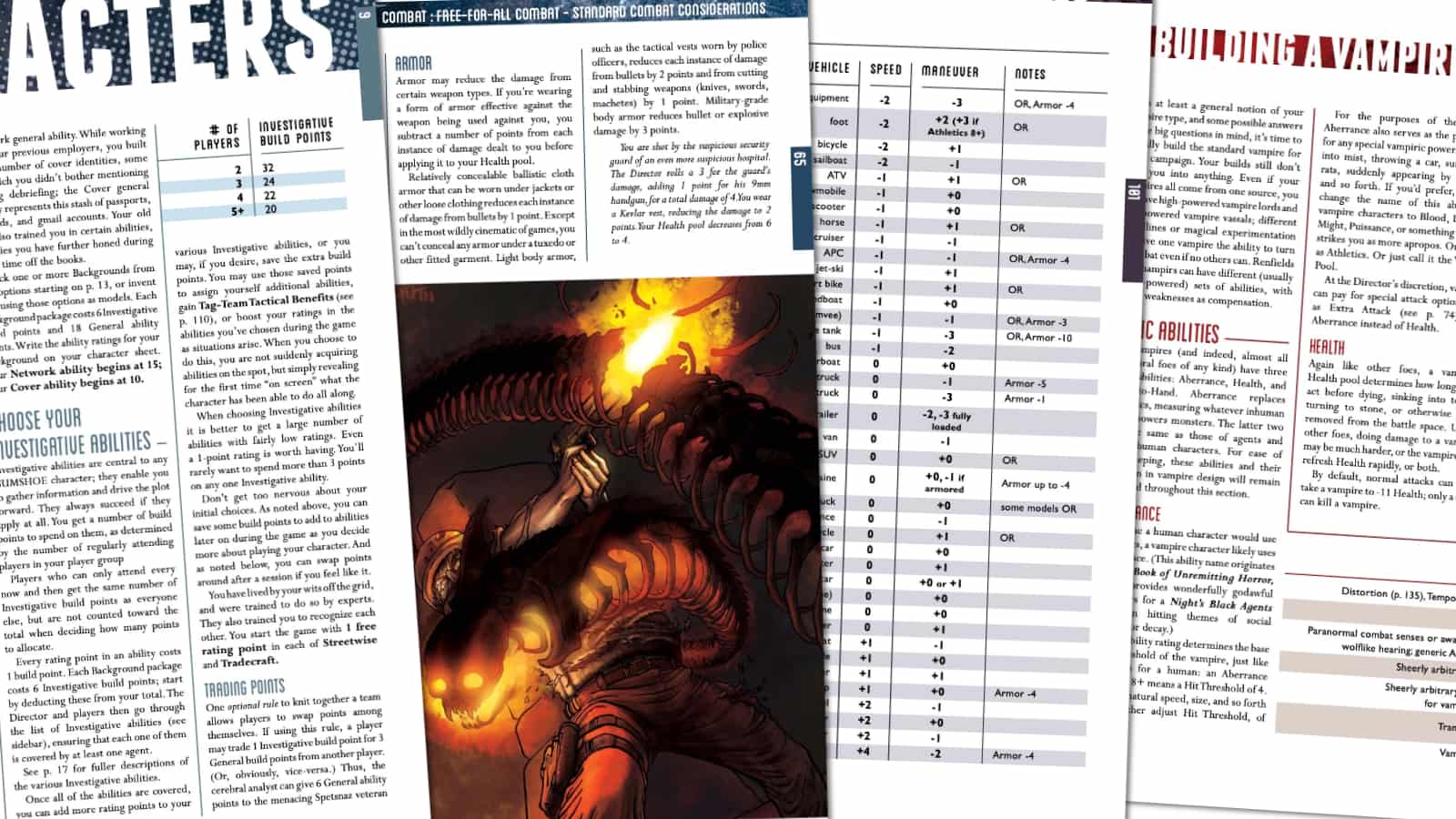