Brave the perils of the Ninth World and wield the power of the Numenera!

Earth is incalculably old. Eight worlds have come and gone, leaving layers of forgotten history, strange creatures, and objects of tremendous power. Characters in Numenera explore this bizarre world and uncover its secrets. 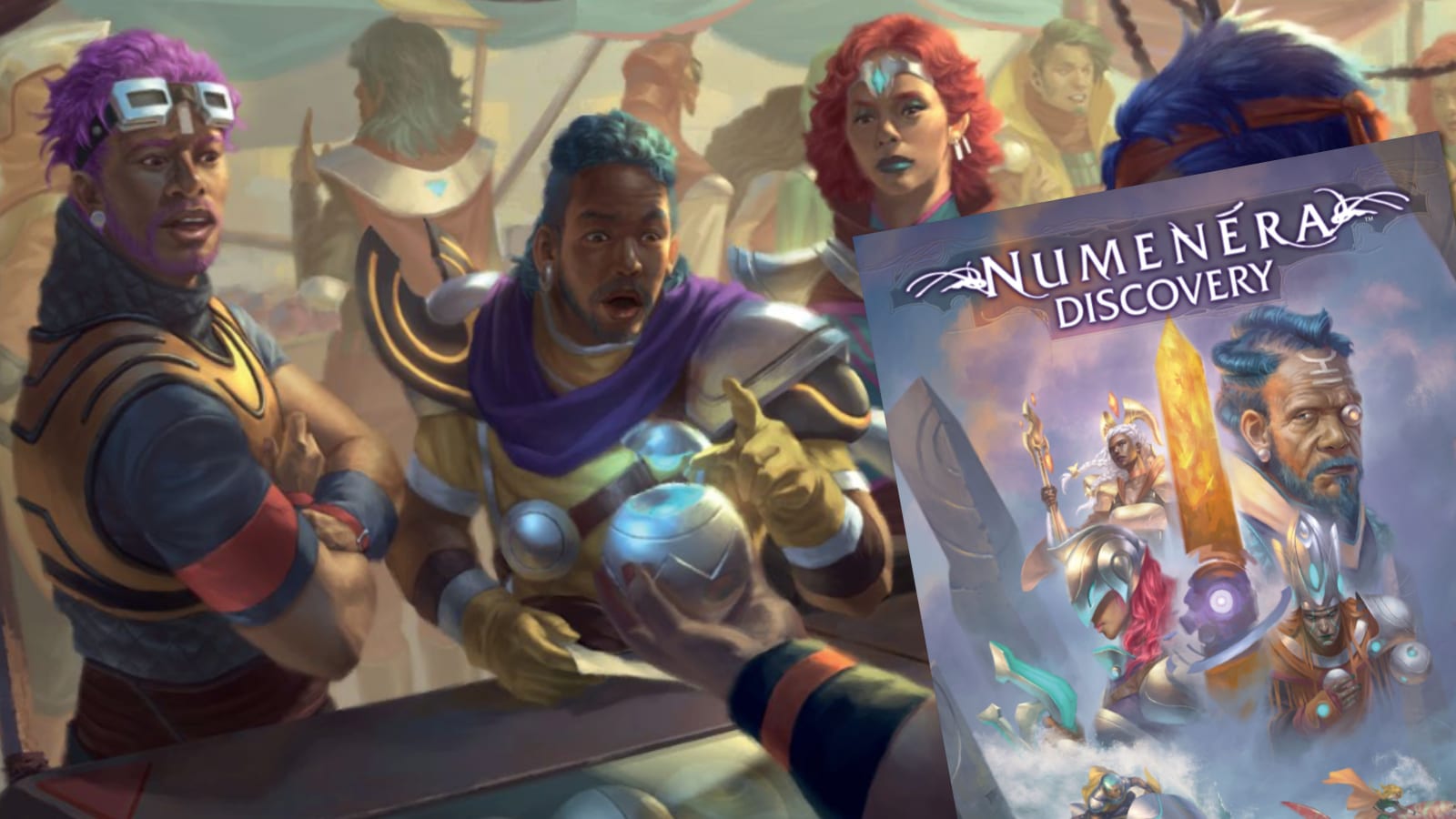 The second edition of this game consists of two core books – Discovery and Destiny – as well as a boxed Starter Set, all of which are backward-compatible with the first edition. Numenera is well-supported with a wealth of supplements. Characters in Numenera come from one of three broad classes and advance by gaining experience points, but those traditional d20 mechanics are married to newer elements that offer a great deal of narrative control to players. It is a medium-crunch system delivered with plenty of advice for gamemasters. While it can be used for one-offs, Numenera is best suited to campaign play.

The people of the Ninth World suffer through a dark age, an era of isolation and struggle in the shadow of the ancient wonders crafted by civilizations millennia gone. But discovery awaits for those brave enough to seek out the works of the prior worlds.

What Fans Love About Numenera 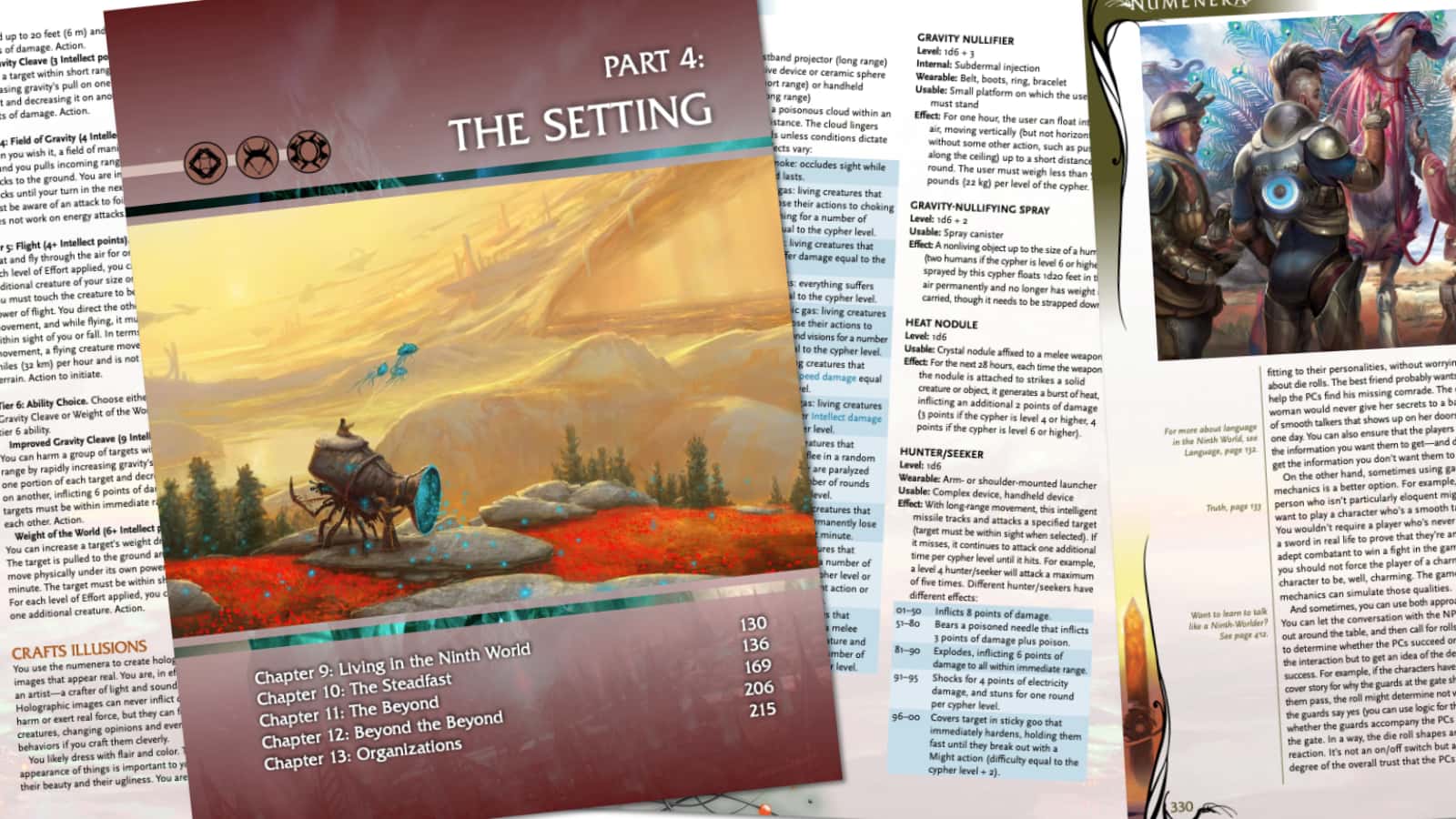