Any kind of character, any kind of adventure, any time!

Risus, first published in 1993, is a truly lightweight universal system — the entire rulebook fits on four pages. Written with a humorous tone, it is best-suited to one-shots and quick pick-up sessions but can also be used for campaign play. 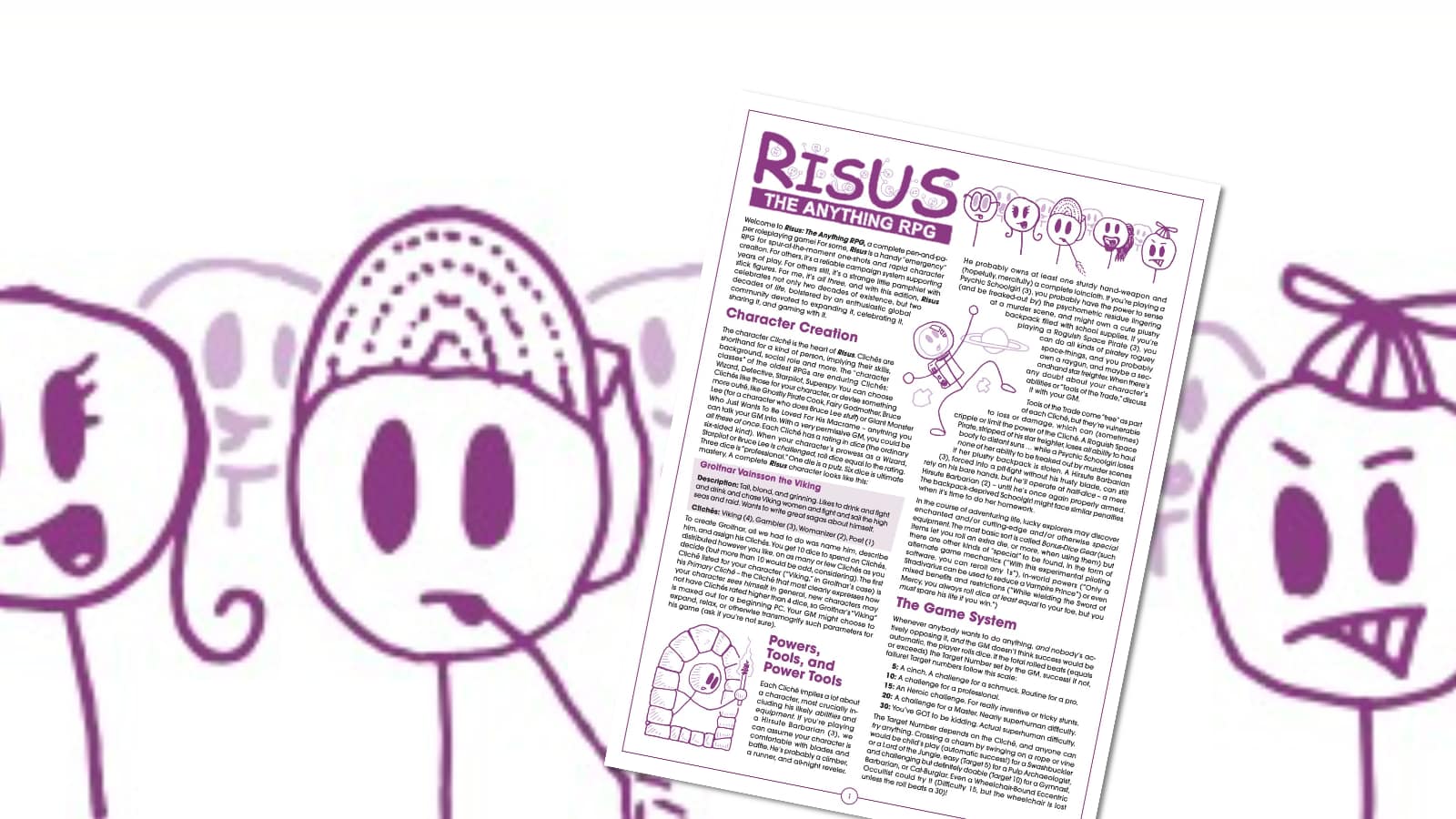 For some, Risus is a handy “emergency” RPG for spur-of-the-moment one-shots and rapid character creation. For others, it’s a reliable campaign system supporting years of play. For others still, it’s a strange little pamphlet with stick figures. No matter what you think it is, there’s no wrong way to play.

What Fans Love About Risus 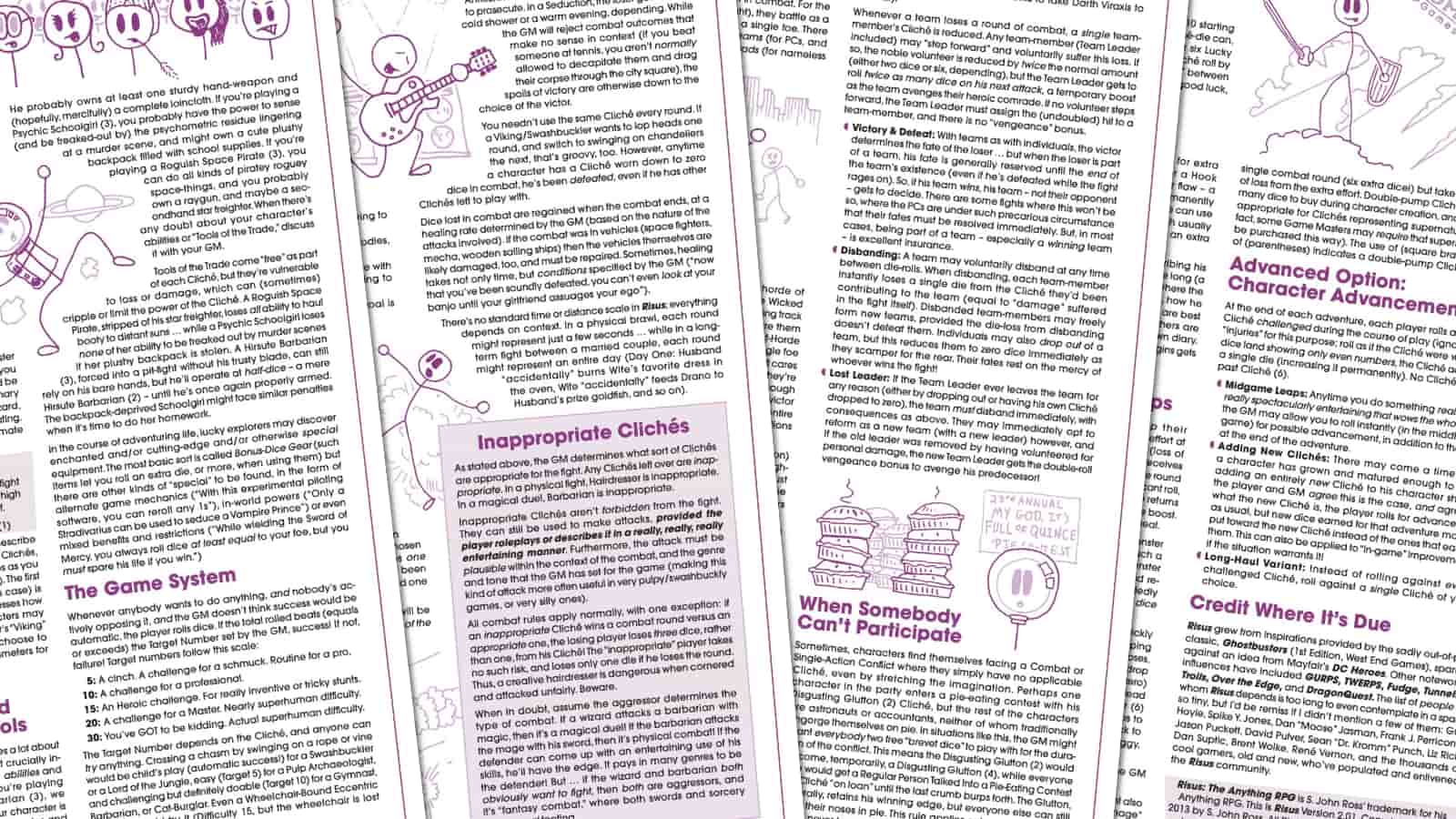