Win the heart of the one you love!

Shooting the Moon is a story game in which players are in the midst of a love triangle. The game is built for one-off sessions that can be set in a wide variety of settings, from Bloody Romance on the High Seas to Lawyers in Love. 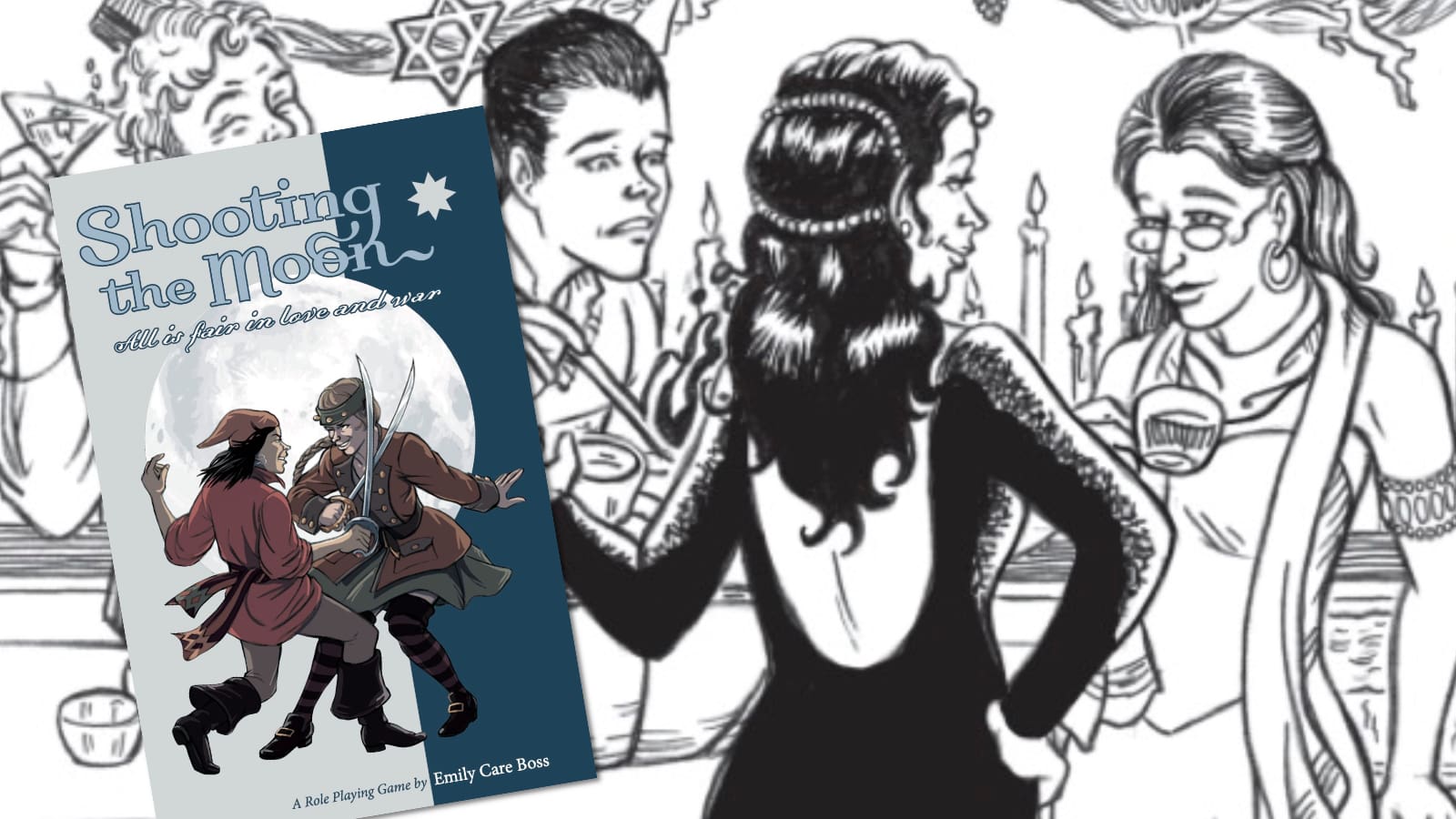 In Shooting the Moon, you take the roles of three characters brought together, and put through the wringer, by love. Two Suitors compete for the affection of a shared Beloved, who has overwhelming odds of their own to face.

What Fans Love About Shooting the Moon 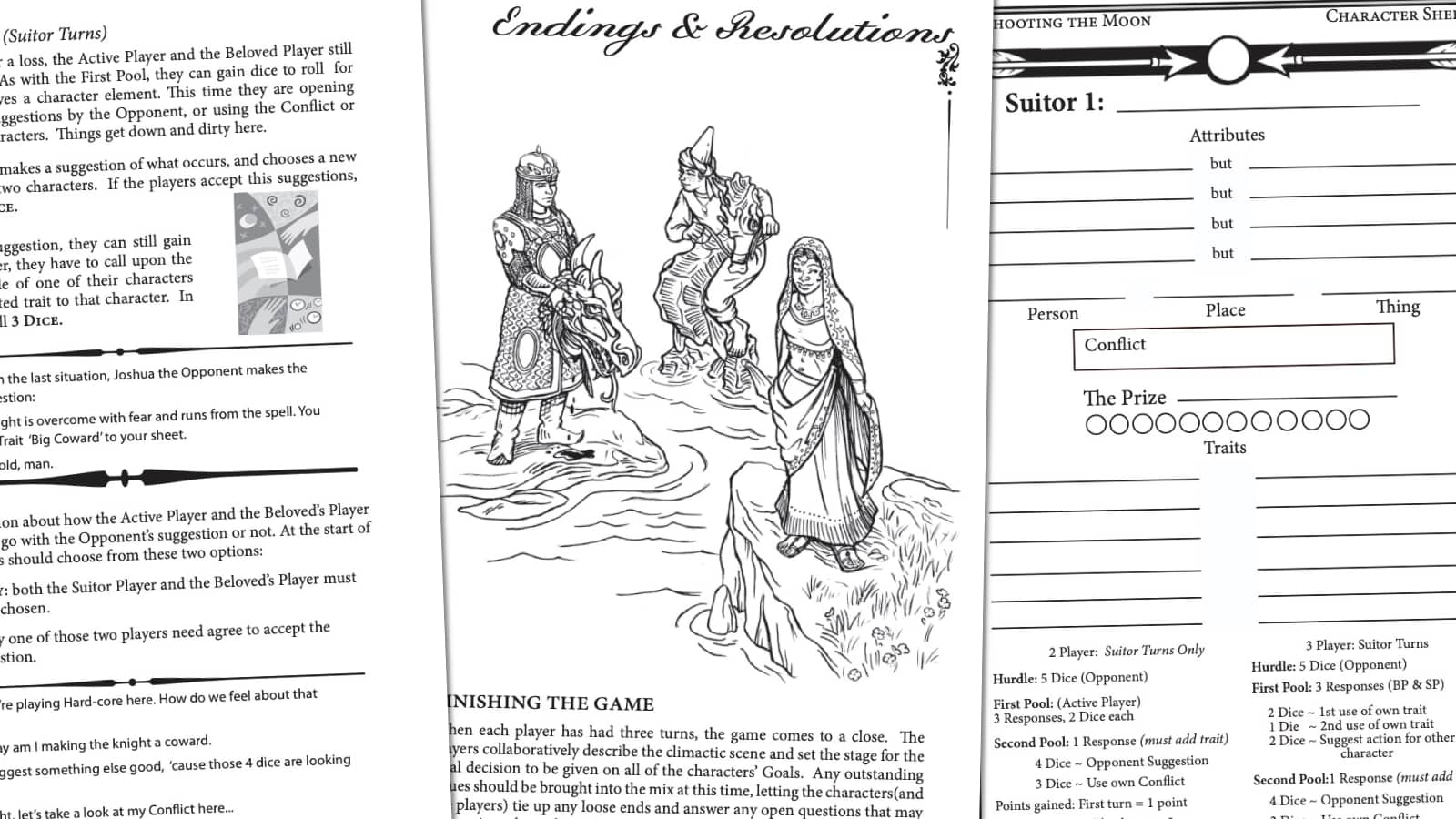 A Note About the Game’s Art

Jenn Manley Lee created the art for Shooting the Moon