Adventurers use wits, brawn, and magic to overcome the dangers of the Three Lands!

Dare the tombs of the bitter Eternal and the courts of leopard-mantled kings to find the wealth of a new world! 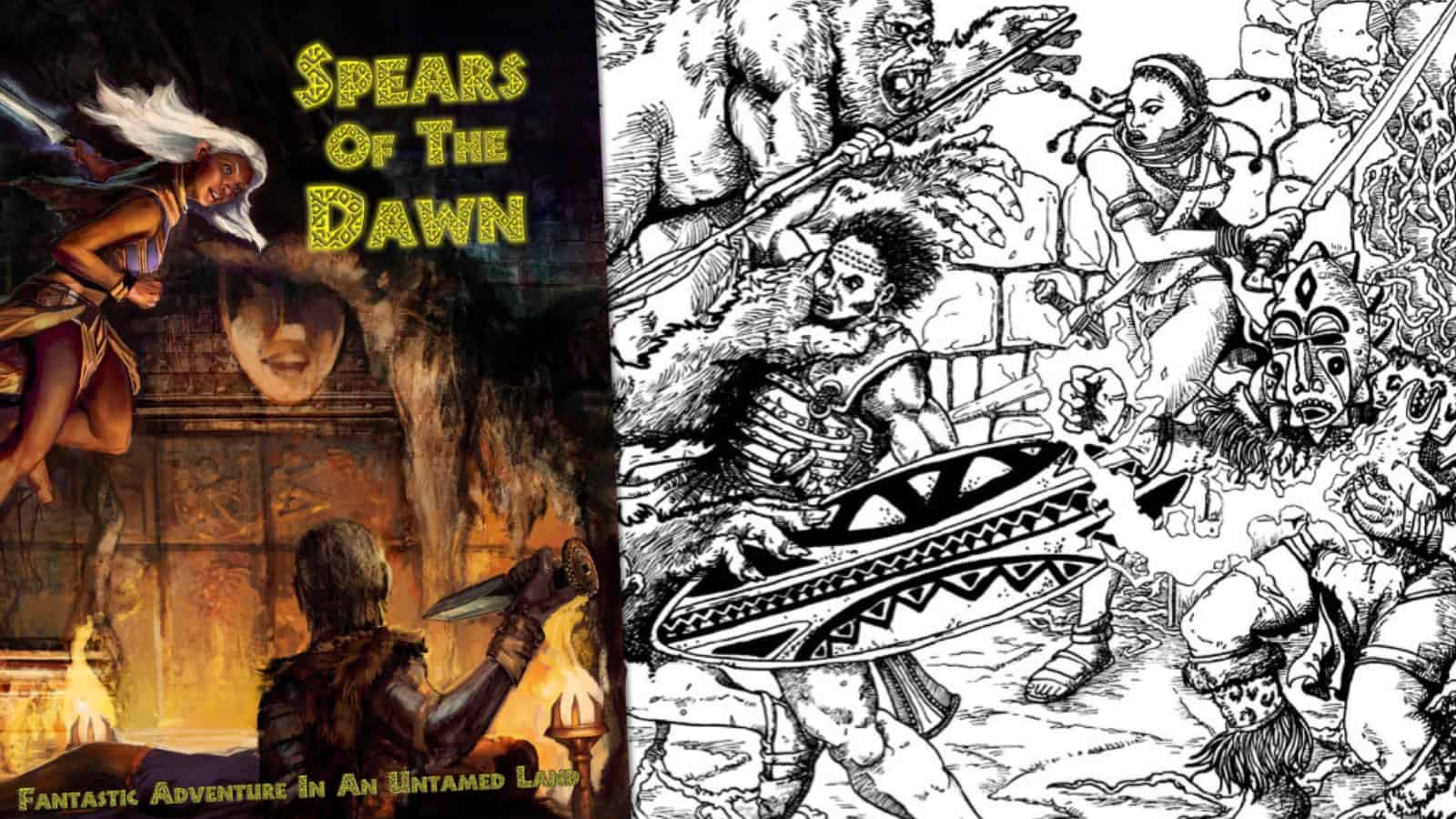 Using the same core mechanics as Stars Without Number and Other Dust, Spears of the Dawn provides a novel setting for exploration, adventure, and magic.

Here’s how publisher Sine Nomine describes Spears of the Dawn:

Within this book you will find all the tools needed for adventuring in the wild and brooding Three Lands, where the bones of ancient Obas rest uneasy in cities of stone and blighted memory.

What Fans Love About Spears of the Dawn