Defend Middle-earth from The Shadow!

Twenty years after Bilbo Baggins outsmarts Smaug, and fifty years before the Fellowship is created, evil is building in Middle-earth. Perilous journeys await stalwart adventurers who are willing to brave the dangers of Eriador. 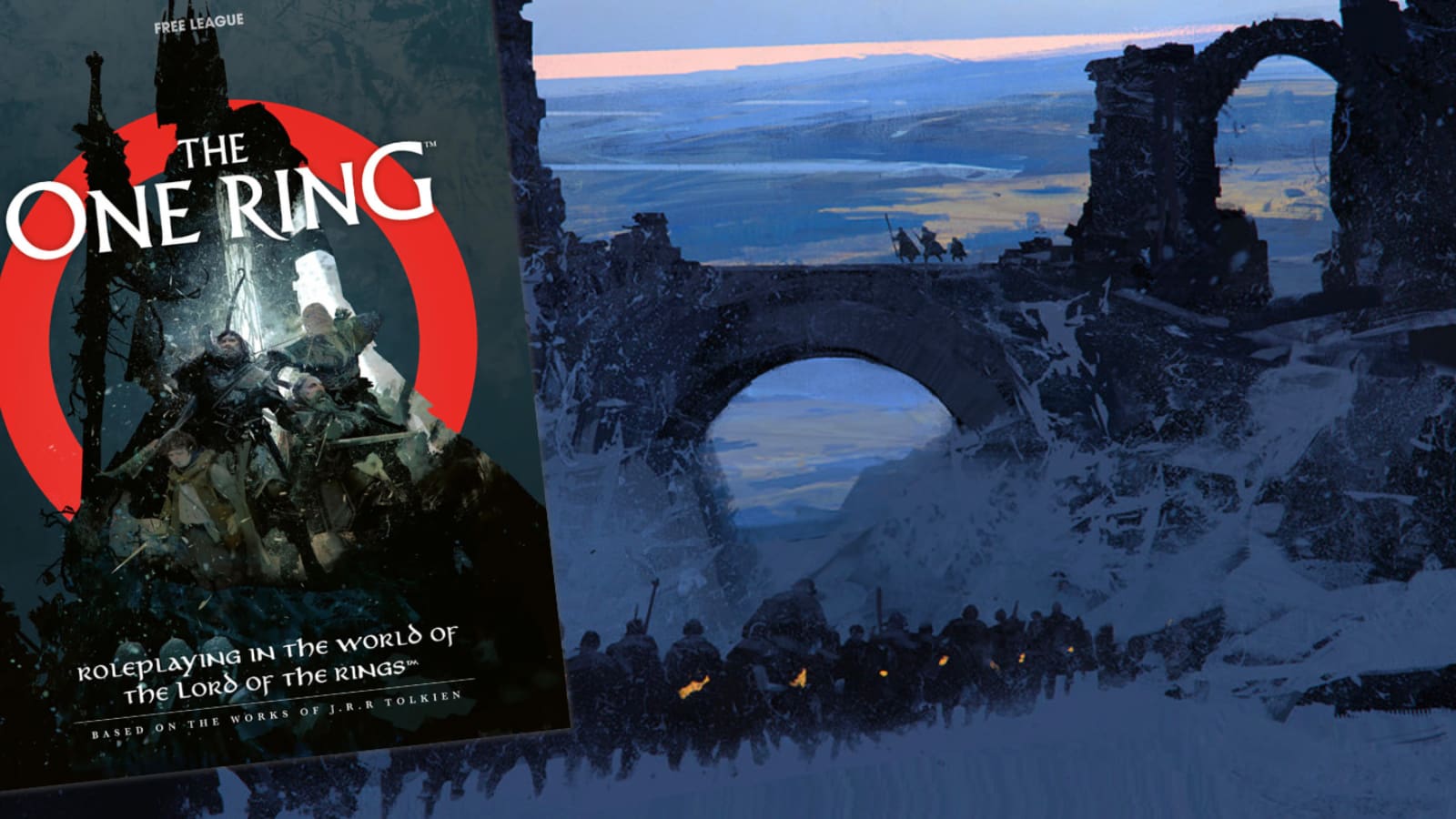 Francesco Nepitello, the designer behind the first edition of The One Ring, led the development of this second edition. It comes in two flavors: The Core Rules contains the full rules and setting information and a starter scenario. The Starter Set contains trimmed setting and rules books, and a book of adventures; pre-generated characters, two maps, cards to aid game play, and themed dice.

The game is structured to ground player characters in Middle-earth and help Loremasters (game masters) create adventures that evoke the feel of Tolkien’s novels.

This beautifully illustrated, full-colour hardcover manual presents Middle-earth as it was twenty years after Bilbo Baggins’ remarkable disappearance and unexpected return. The great events narrated in The Lord of the Rings are still fifty years away, leaving plenty of room to narrate stories worthy of an epic.

Three Things About The One Ring

See The One Ring in Action