Mutants scour the ruins and work to build a thriving ark, but there are dangers in the wastelands of the old world!

The Ark is small, but it’s your home, and you all need each other to build a better future. You bring special abilities to the group, and together you‘ll brave the irradiated, contaminated dangers of The Zone. 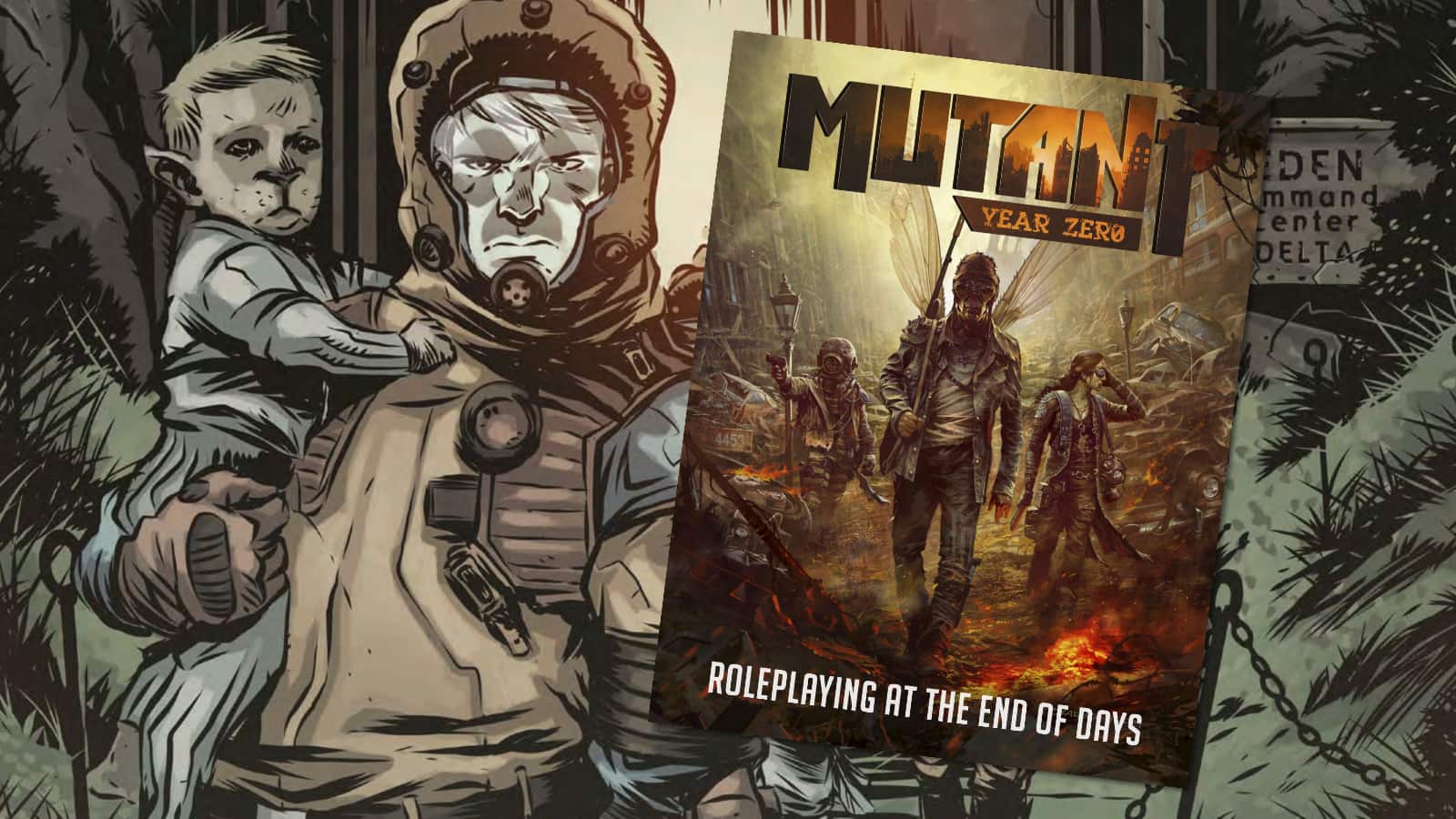 In 2014 Fria Ligan (aka Free League) published an English translation of the Mutant: Year Zero variant of the highly-successful Swedish Mutant franchise. Since that release Fria Ligan has released several adventures and other supplements in English. Modified Mutant: Year Zero mechanics also power several other Fria Ligan games, such as Alien, Coriolis, Forbidden Lands, Tales from the Loop, and Twilight: 2000.

It’s time to venture out. To explore the Zone, to search for artifacts, for knowledge. To build, grow the land, seek out others, create a new civilization on the ruins of the old. Seek your origin. 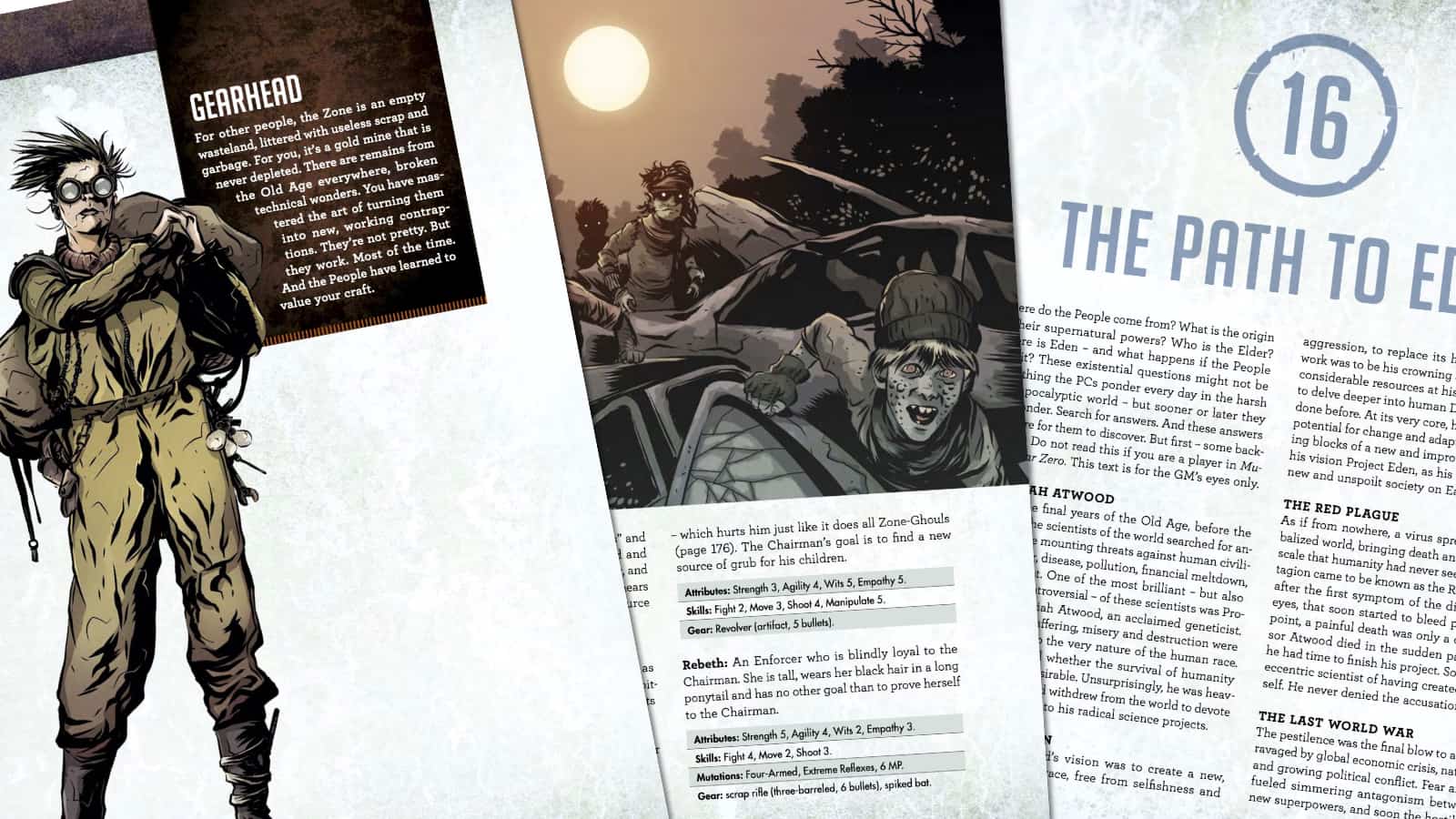