Tabletop roleplaying is rapidly moving out of a liminal territory where in-person and online play stand in rough parity with each other, and into a realm where online platforms are the default. This migration was already underway well before the pandemic, and the last three years have certainly accelerated it. There are many reasons for the shift, from improvements in technology to the difficulty of finding other gamers within a given geographic range, to our societal retreat from in-person socializing.

But the further down this path we go, the greater the risk that we’ll lose the essence of tabletop roleplaying. That would be a shame, because now more than ever, we need what in-person roleplaying provides. Before I explain why, let’s dispense with the idea that online platforms are neutral facilitators. 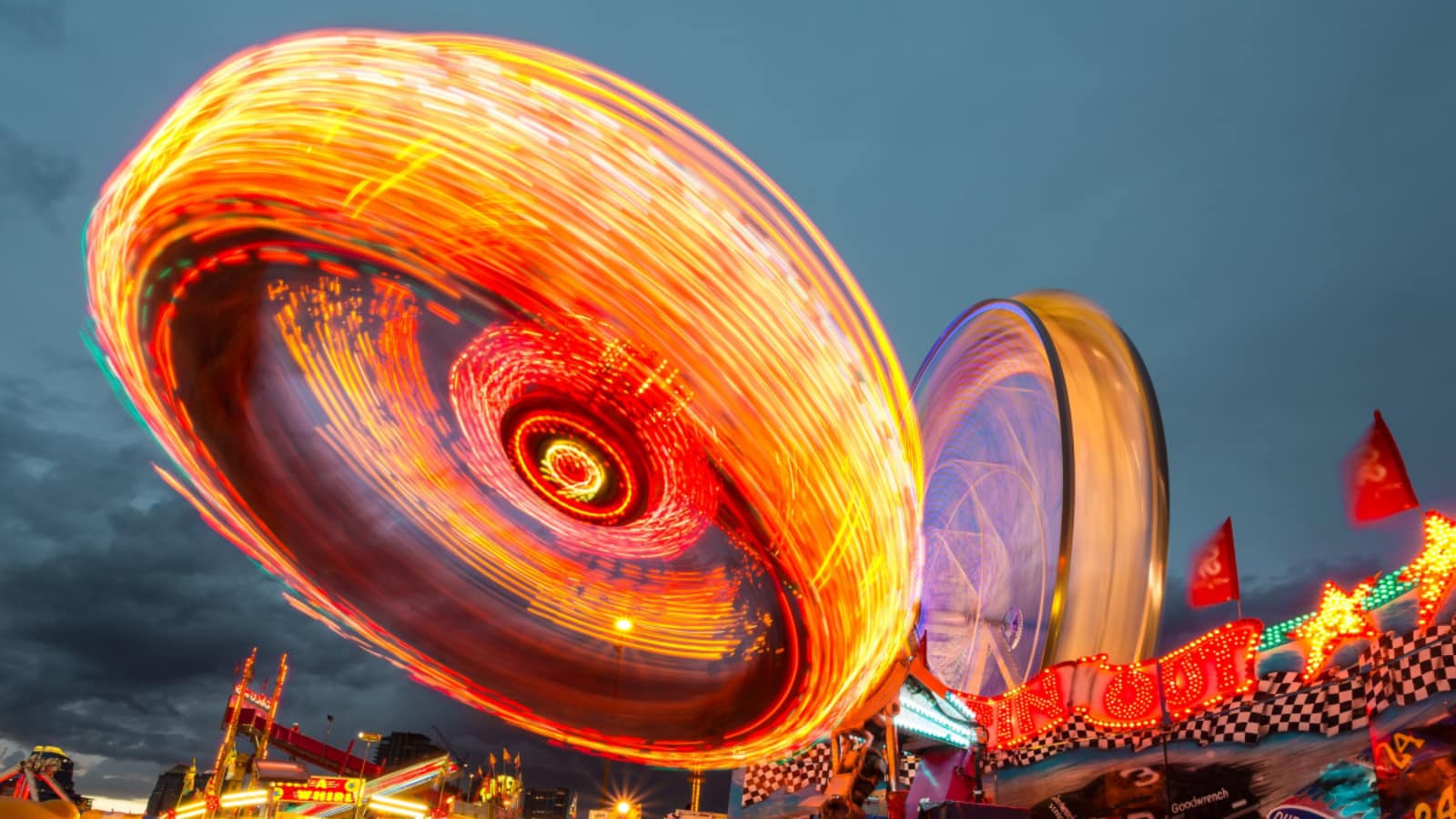 The history of the Web is one of consolidation and homogenization. I’ve been involved in the development of websites and online applications for a quarter-century, and I’ve witnessed this firsthand. The wide-open spaces of creative experimentation have given way to predictable UX patterns and pinpoint analytics that inform every design decision. On balance this means we all receive the benefit of faster, easier-to-use software, whether we’re looking up the weather on our iPhones or managing invoices on our laptops. As users of these applications we don’t realize it, but we’ve become used to a standard repertoire of interactions, ways in which the software works for us.

These are also the ways in which software trains us, sets our expectations, and guides our behavior. TikTok knows choices make people anxious, so its algorithm sends us videos it thinks we’ll like, in an endless torrent that gets more and more tailored to our preferences the more we use it. Facebook wants us to stay engaged as long as possible so we’ll see and click more ads, so it uses techniques borrowed from the design of gambling casinos and theme parks to keep us scrolling. Regardless of what we go to a site or an app to do, the point of software is to keep you there, to keep you using it, because that’s how the people who made it make money. 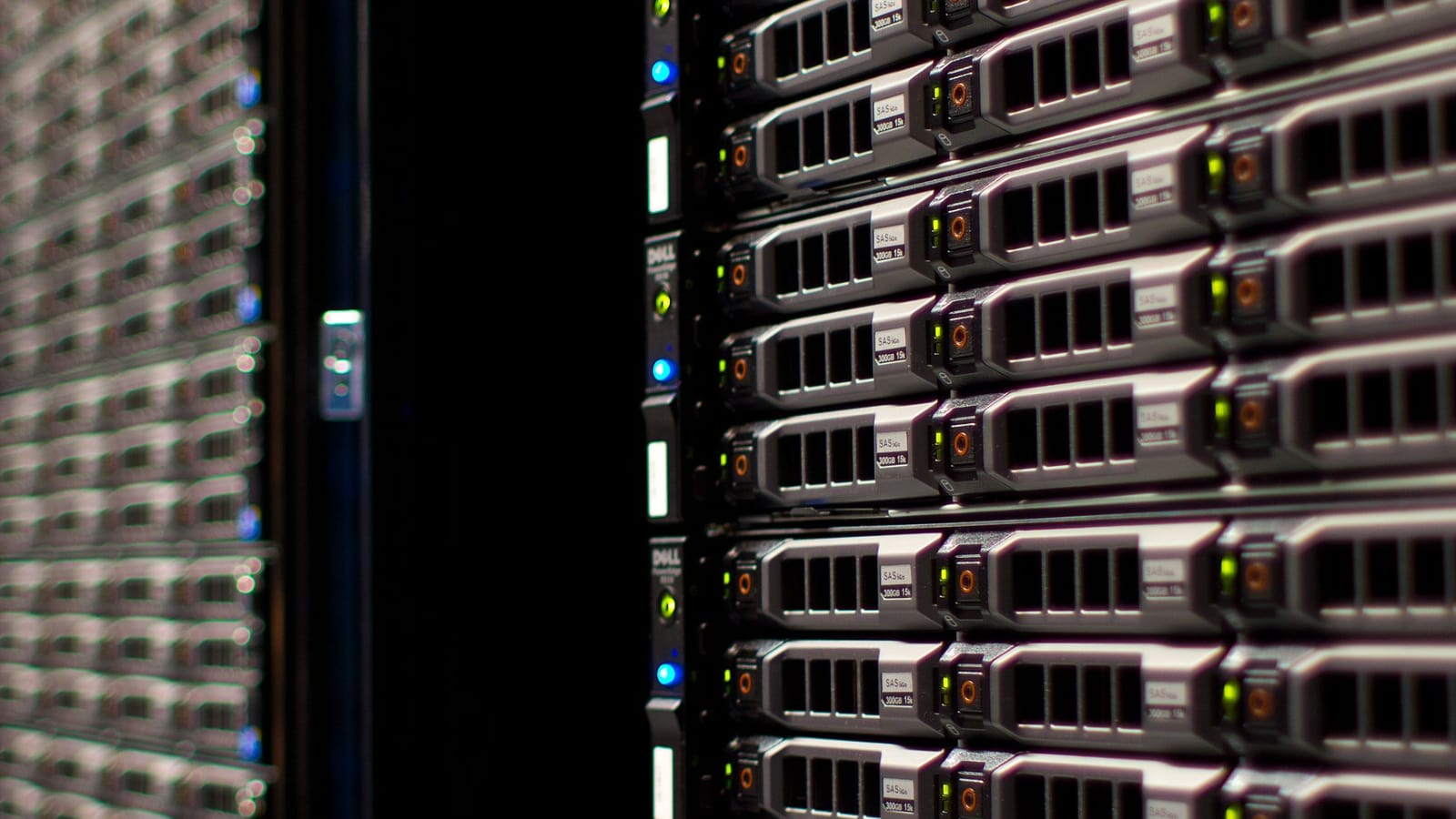 Online platforms are relentlessly focused on scale. More users means more revenue, whether by direct transactions, advertising, or both. And the middlemen who provide platforms for social interaction also gain benefits from the network effect (the more users in a network, the more it attracts new users and grows in power). As they gain more users, they lock in their market position. The tighter the grip on market dominance, the easier it is to control pricing.

There isn’t room in the online tabletop roleplaying market for more than a very small number of competitors. And it doesn’t really matter whether it’s Wizards of the Coast, Roll20, or some other middleman that winds up cornering the market on online tabletop roleplaying. The imperatives will be the same: to maximize scale, optimize interactions for maximum engagement, and convert engagement into revenue. Along the way, the experience of play on the dominant platform(s) will inevitably become more constrained . Wide-open flexibility will give way to streamlined, easy to use interactions that can be more readily monetized.

The network effect will also mean that as more and more people use the dominant platform, playing online will become even more attractive than it already is for many gamers. This plus the other built-in advantages of digital access (no need to drive to someone’s house, the ability to connect with people far beyond the confines of your town) will accelerate the shift from analog to online gaming. It won’t be long before playing in person will be a niche analog pursuit separate from a platform-controlled online mainstream that will gradually drift closer and closer to MMOs. 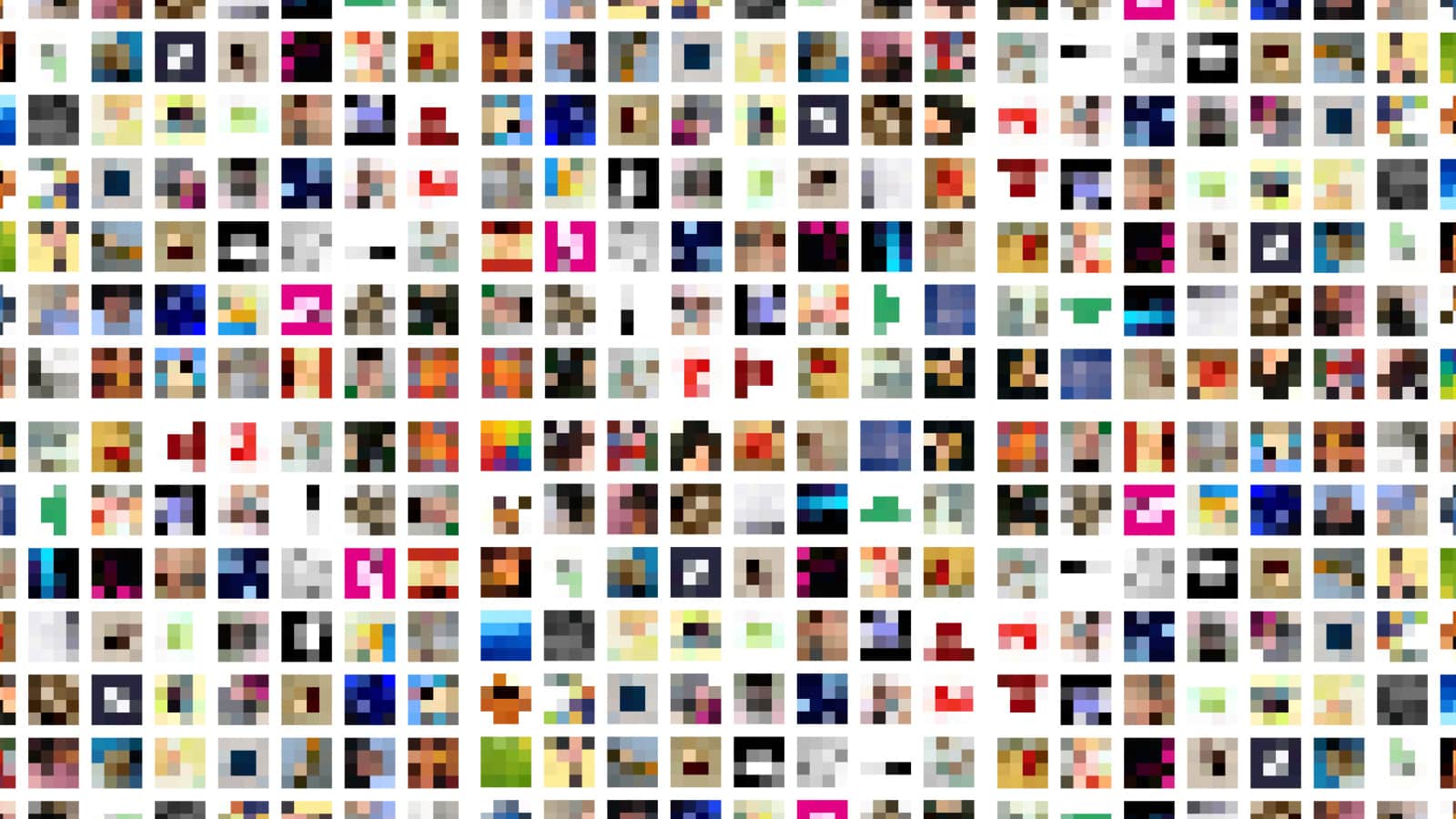 If my prediction holds true and the shift to platform play continues unabated, that doesn’t mean nobody will play in person. But playing at an actual physical table face to face will become a rarity. In many respects this won’t be much different than it was in the early 90s, when the popularity of tabletop roleplaying had waned from the Big Bang of the early 80s. It’ll be difficult to find people to bring to the table, but in-person play will still appeal to some.

However, this time things will be different in that in-person tabletop roleplaying will be overshadowed by another form of roleplaying. The hobby has already gone through this once. In the late 80s if you said, “I play RPGs,” people either had no idea what you meant or assumed you were talking about in-person tabletop roleplaying. By the early 00s people would assume you were referring to computer RPGs. “Pen and paper” or “tabletop” were stuck on the front of the term to differentiate the original form of RPG from its more popular digital successor, which had appropriated the core term.

Those of us who value in-person play need to start actively distinguishing it from online play now, before the shift is complete and online platforms co-opt the term tabletop roleplaying. This isn’t about pining for the old days. This is about promoting and cultivating in-person play because it offers intrinsic benefits that in some ways are oppositional to online play.

Now More Than Ever 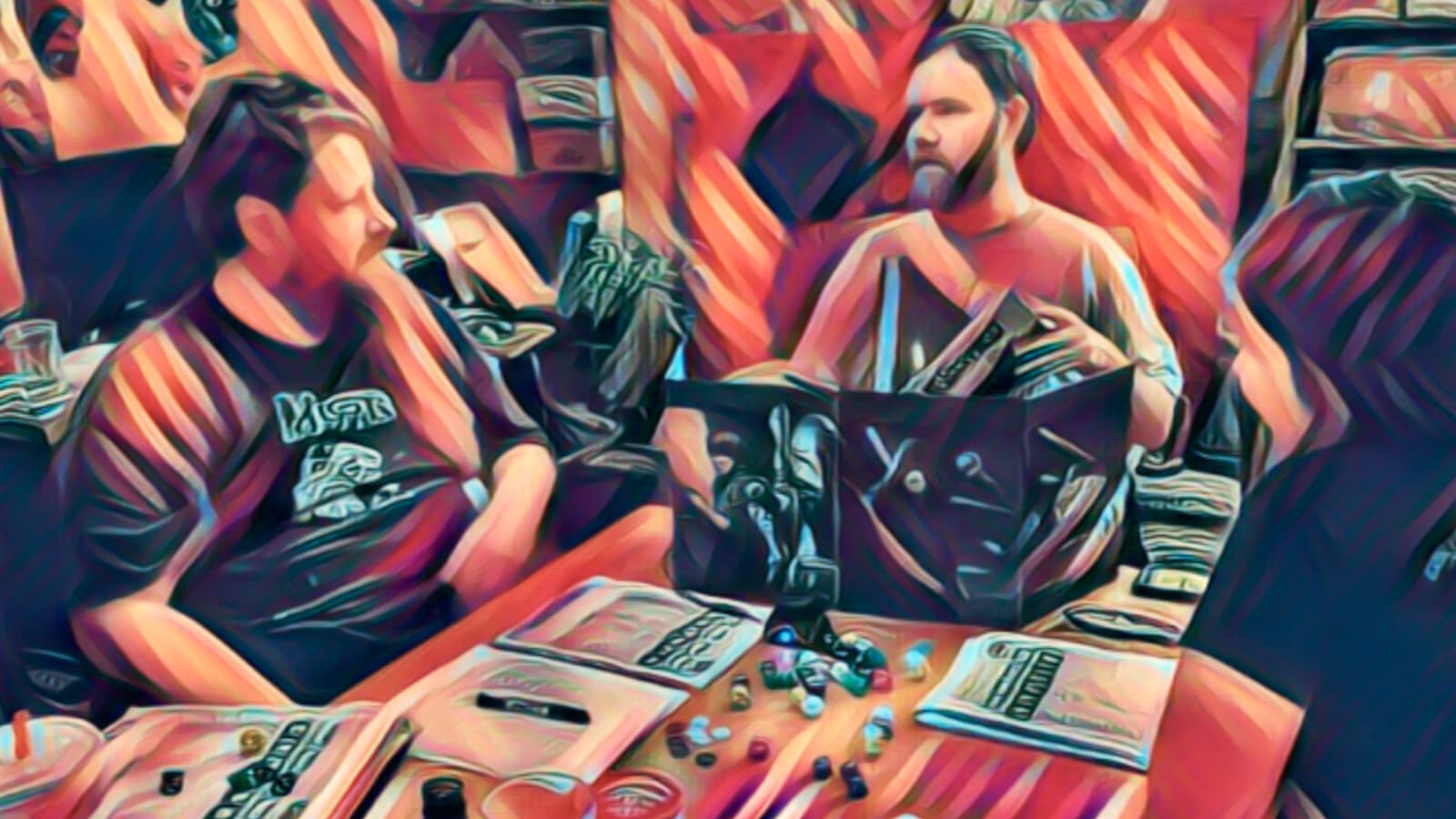 First, in-person play is an antidote to online life. Many of us spend more hours staring at screens every week than interacting with people face to face. I myself usually engage in at least 30 online video calls a week. That’s pretty extreme, but I know a lot of people in a wide variety of jobs whose days are consumed by looking at symbols on screens, trying to gauge human reactions by looking at small 2D representations on video calls, and constantly switching context. Digital life, online life, takes our attention and slices is narrowly, whether we’re working hard to finish a complicated project or sitting exhausted at the end of a day with a phone, swiping through social media.

Playing in person is a very different experience. It’s expansive, wide-open, and unmediated. It is social in the true sense of the word, not in the way online middlemen have trained us to accept. For example, one of the most important rituals of in-person roleplaying is eating at the table together. That might seem like a small thing, but it’s a really important way humans connect to each other. It is the bedrock of most social activities.

The passing of books from one person to another, the rolling of dice with all eyes watching, the random table talk, the perfectly-timed jokes—these are elements that make for good time at the table, playing in-person, and they can’t be replicated online with the same warmth and human connection. Text messages, phone calls, and video chat are just qualitatively inferior to in-person social interaction.

In-person play does require more effort. Finding a gaming crew can be difficult, and for some people impossible. Making time when everyone’s schedules are crowded and difficult takes a lot of intention. Sometimes my group goes for two or three weeks without a game, even though Friday night is our default time.

But as with many other endeavors, the effort increases the reward. I’ve been playing with the same core group for fifteen years now. Though members of the crew have come and gone, that core has stayed strong. We’ve been through major life changes together, watched kids grow from babies to teens, and helped each other through hard times. We met through in-person tabletop roleplaying. Then as we became solid friends, the roleplaying became the primary mechanism that kept us coming back to socialize every week.

All of which is to say that in-person tabletop roleplaying should be treated as a separate form of the hobby, distinct from online play. It’s worth preserving and nurturing, because it brings people together in physical space, which is something that keeps us primates mentally healthy. It is also unmediated and wide-open. With in-person play, no middleman constrains how we play, manipulates our expectations about what play should be, or uses cognitive science to keep us clicking, scrolling and buying.