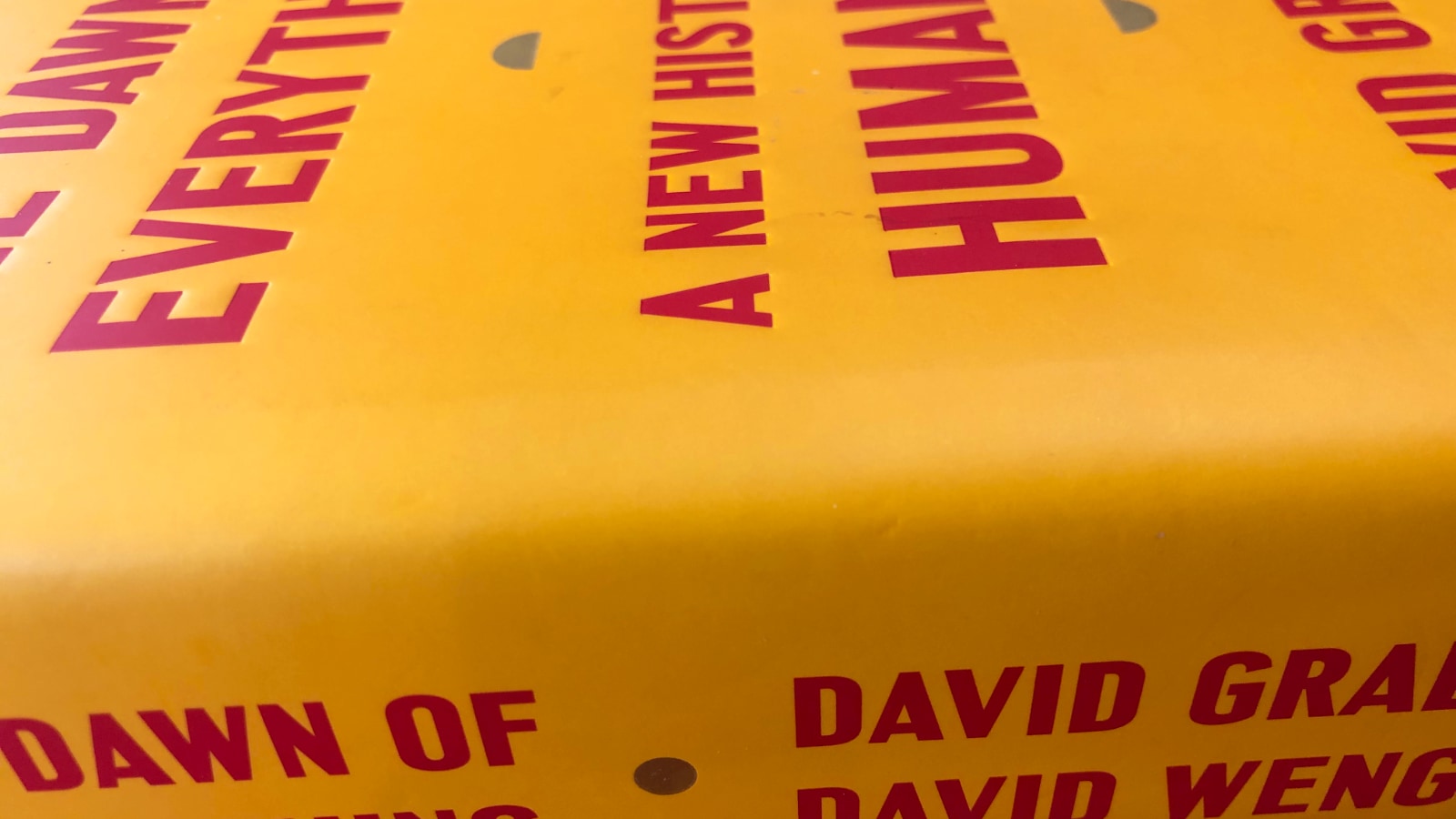 We Hold These Truths Self-Evident

Prehistoric humans were pretty dull in many respects. They lived in small bands, each ruled by a chief. For tens of thousands of years they roamed around hunting and gathering. Not only did their technology not change much during that time, they never imagined any sort of political system more sophisticated than “Ug is strongest, so we listen to him.”

History, and civilization as we know it, truly began when humans realized that if they cultivated crops, they could stay in one place and enjoy the safety and security of permanent cities. But with those benefits came the need for more complicated political arrangements, which led inevitably to stratification of power, and the ascension of hereditary rulers.

Civilization also provided specialization, which led to all sorts of marvelous technological advancements. Over many centuries, that specialization led to writers and philosophers. Eventually it also led to the notion of equality and the realization that the excesses of inequality could be addressed through new political structures. Thus was born The Enlightenment, which begat democracy, capitalism, and rapidly-accelerating material and political progress.

It’s really the only path that makes sense. Until you discover agriculture you can’t have cities, you can’t have specialization, and you can’t have all the political and material advances that follow. It’s no wonder that when we imagine worlds other than our own, we assume they would follow the same trajectory.

Hold On A Minute

But what if this story of human progress is just one of many potential stories, many potential paths? In particular, what if the progression from hunter-gatherer to farmer ignores a wide range of human experimentation in political and technological organization? What if thousands of years ago there were political power-sharing arrangements more sophisticated than our own? What if many human societies explicitly rejected year-round agriculture and the building of cities because they witnessed the destructive power of centralized political power?

What if the movement of people from one society to another was much more fluid than we previously believed? What if specialization and the spreading of knowledge across broad geographic range occurred before the rise of cities? And what if, when cities did arise, they took far more diverse forms than we previously realized?

What if the rise of agriculture was driven not by a need for reliable access to calories, but by religious ceremonies? What if for most of human history rulers had very limited power? What if warfare is not actually endemic to the human condition?

David Graeber was a professor of Anthropology and David Wengrow is a professor of Comparative Archaeology. For a decade they worked on The Dawn of Everything: A New History of Humanity, which was released shortly after Graeber’s death in 2020. It’s a deliberately provocative work that takes shots at how archaeologists, anthropologists, and historians have interpreted the past and used those interpretations to make universal pronouncements about the human condition.

I am not even a well-educated amateur, much less a professional in the realms of inquiry traversed by this book, so I can’t speak to the validity of its arguments. The Dawn of Everything has fierce adherents and angry detractors, which to me means it’s fulfilling its intended purpose, which is to open debate about long-settled assumptions. I found it to be an engaging, fun, thought-provoking read full of eye-opening insights. But whether you agree with its central assertions or not, the book is quite well-researched and contains plenty of material that’s useful for any gamemaster who wants to create a world from scratch.

A Smorgasbord for Worldbuilders

The Dawn of Everything is full of examples illustrating the variability of human societies. I found myself taking copious notes as I read, imagining how I might recombine bits and pieces of our human past with ideas of my own into a new world that feels strange and new. Here are a few snippets, pieces of information about how very different societies from our past functioned, that give an idea of what I’m talking about:

The Dawn of Everything is truly a feast. If you enjoy reading about why things are the way they are, you’ll find plenty to chew on here. And if you’re a worldbuilder, it may make you rethink, well… everything.