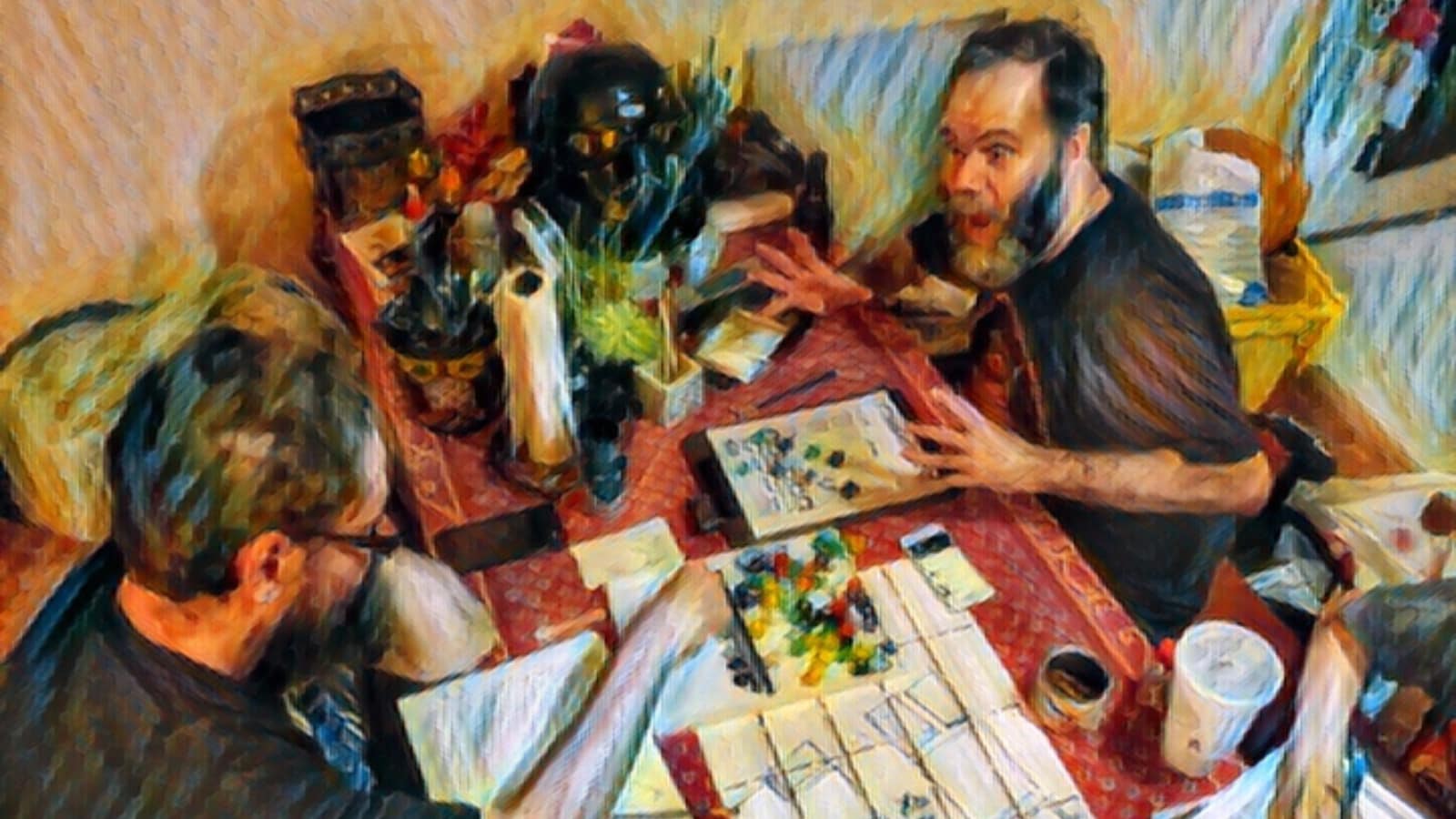 For example, in starting a Degenesis campaign a few years back, I set the theme as loyalty. I wanted to put the player characters into situations where their primary loyalties (to cult, to family, to home, to humanity) would be tested. Further, I wanted to pit those loyalties against each other.

What do the PCs do when their loyalty to cult comes into conflict with their loyalty to home? Note that a theme is not the same thing as a plot, which can become a straightjacket for you as the GM, and for your players.

Keep the World in Motion

It’s easier for me to keep the campaign moving when there are events going on in the wider world. At the beginning of that Degenesis campaign, for example, I posited that there would be a loose cross-cult alliance of mid-level leaders trying to bring their cults together to fight a massive threat to humanity.

They’re influential and can do things behind the scenes, sometimes to the benefit of the PCs. But at any time their little alliance can be found out and obliterated by the usual forces of human institutional stupidity. So as the PCs are doing their thing in the campaign, I also take notes on what’s going on behind the scenes, and what events from on high will influence the PCs in some fashion.

Have PC Actions Influence the World

One of my favorite techniques is to bring in an NPC that the PCs didn’t even know existed, or if they did, they didn’t really think was important. So when the PCs get into a fight with a bunch of town thugs and only one of them gets away, I give him a name and write it down. The next time the PCs show up in town, that thug has been seething for months, telling himself if ever sees the PCs again, he’ll try to humiliate them or worse.

In a similar vein, I really like using NPCs whose relationship to the PCs changes over time. Maybe the NPC was neutral to them at first, but something the PCs did had an unintended effect on the NPC, which turned them against the PCs. Once in that Degenesis campaign, the PCs had a captive but treated her well, even when she tried to escape.

After they turned her over to the authorities, she got away (this was off-camera – the PCs had no idea), and months later I had her show up completely unexpectedly, telling them they were the only people she could trust to help them with a difficult task. Based on their earlier relationship to her, each of the PCs had a different idea for how to react, which set up some great roleplaying and drove events in a new direction.

Put Loose Ends All Over the Place

I will often be inspired in the moment to create a little detail that may or may not matter in the campaign. So for example, when the PCs in that campaign mentioned to an NPC that they were heading to a big city in the south, I had the NPCS tell them, ”Ah yes, my cousin Pierre trades there from time to time. If you head to Toulon, look him up.”

I had no idea what the deal was with Pierre. I also sprinkled three or four other loose ends into that NPC encounter, bits of information that might or might not be important. And what makes them important? I didn’t have to determine which of those bits mattered, which were false, and which were true, until later.

Know What the Players Are Thinking

If the PCs follow up on a loose end, that makes it important. I try to end most sessions on a cliffhanger. Then I ask them what their characters will likely do when they get past the cliffhanger. This gives me room to fill in the details for any previously laid loose ends. When I do, I keep in mind the events in the broader world as well as the themes I’m trying to explore.

It’s not important that PCs have crazy detailed backstories, but the basics give me plenty of material to work with. For example, one of the PCs in this campaign had a beloved younger sister who years ago had run away, He was always keeping an eye out for his sister wherever he went, so when I had her show up, it was as a member of a cult called the Apocalyptics, who are essentially hedonistic drug-dealing, prostituting, thieving types.

The PC was a member of a cult that valued order and unity, so he was really conflicted about how to interact with her, particularly when she asked for his help with something that went against everything his cult believed.

Periodically pull back and run through the events that have transpired, and get a feel for a direction. Sometimes I find that pulling back from the individual session view and telling myself the full story of what has happened will give me inspiration for where to take things next.

Gamemastering is, in spite of all the advice (such as mine) a really idiosyncratic thing. What works for one GM won’t work for another. So whether my suggestions help or not, I hope you find what you need to help your next campaign not only last, but be engaging and fun for you to run. After all, you’re a player too.