A Different Kind of Game

When Dungeons & Dragons was published in 1974, it created a new category of games, one in which players collaborate to create imaginary adventures populated with wild monsters, fierce adventurers, and danger at every turn. So it’s no surprise that cultural references to tabletop RPGs tend to focus on D&D. That said, the basic concepts of creating and inhabiting an imaginary world, controlling the actions of made-up characters, and collectively overcoming obstacles are shared by all tabletop RPGs. 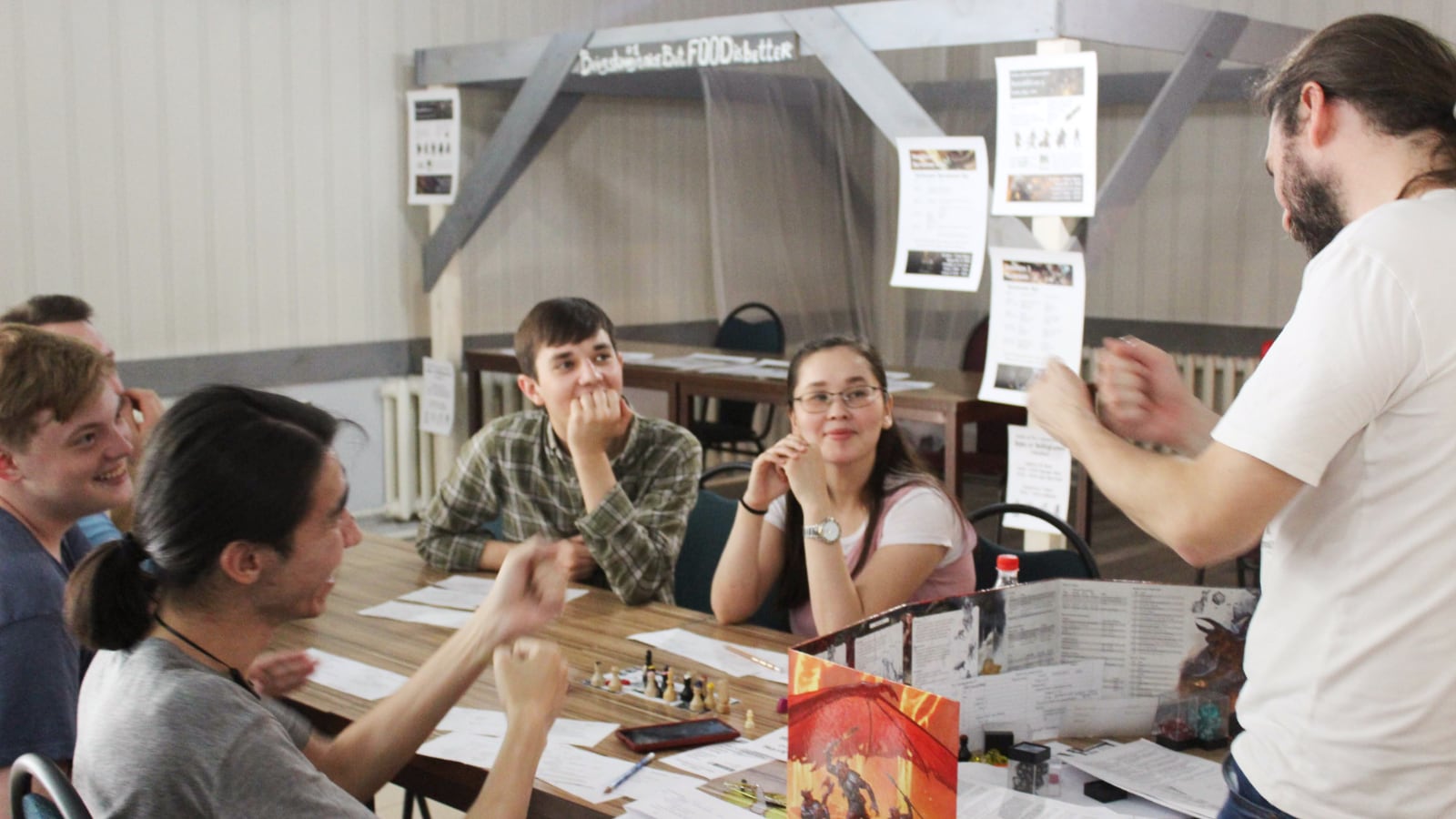 In tabletop roleplaying games, one player is responsible for describing the world and the obstacles in it, while the other players describe the actions of their characters as they attempt to overcome those obstacles. Dice are used to determine the outcome of events, which adds an unpredictability and drama to the narrative.

Since the 1970s an astounding array of games have been published, with more being released every month. They cover every imaginable genre, from fantasy to science fiction, horror to superheroes. They even allow players to create their own imaginary worlds, mashing genres, and taking inspiration from novels, comics, movies, and historical events.

Tabletop roleplaying is a deeply collaborative, face-to-face social activity that engages your imagination and gives you the opportunity to create your own characters, worlds, and stories. Because the outcomes are based on a combination of die rolls, decision-making, and improv roleplaying, every game session is unique. There’s really nothing quite like it:

The tabletop roleplaying hobby encompasses a wide variety of complementary activities. For example, some gamers spend more hours collecting and painting miniatures than actually playing games. Others collect and read rule books for games they know they’ll never get to play (there are so many interesting games, and there’s only so much time).

Still others watch streaming games, create fan stories, and draw their favorite characters from the streams they watch. A few years ago nobody would have suspected that watching other people play tabletop RPGs online would become a thing, but it’s taken off. This is very much a DIY endeavor; people are always coming up with new ways to play and new ways to engage with their favorite aspects of the hobby.

The Benefits of Tabletop Roleplaying

Ethan Gilsdorf grew up playing D&D in the early ’80s, left roleplaying for many years, then returned as an adult. In this deeply personal, engaging TEDx talk, he lays out the powerful real-world benefits of tabletop RPGs.

These books provide more insight into the continuing appeal of tabletop roleplaying:

People all over the world play tabletop RPGs. This photo is from Kazakhcon 3, and is used by permission.