Remote collaboration software has improved greatly over the last few years, and more and more tabletop roleplaying is being done online. There are many reasons you might want to play online: 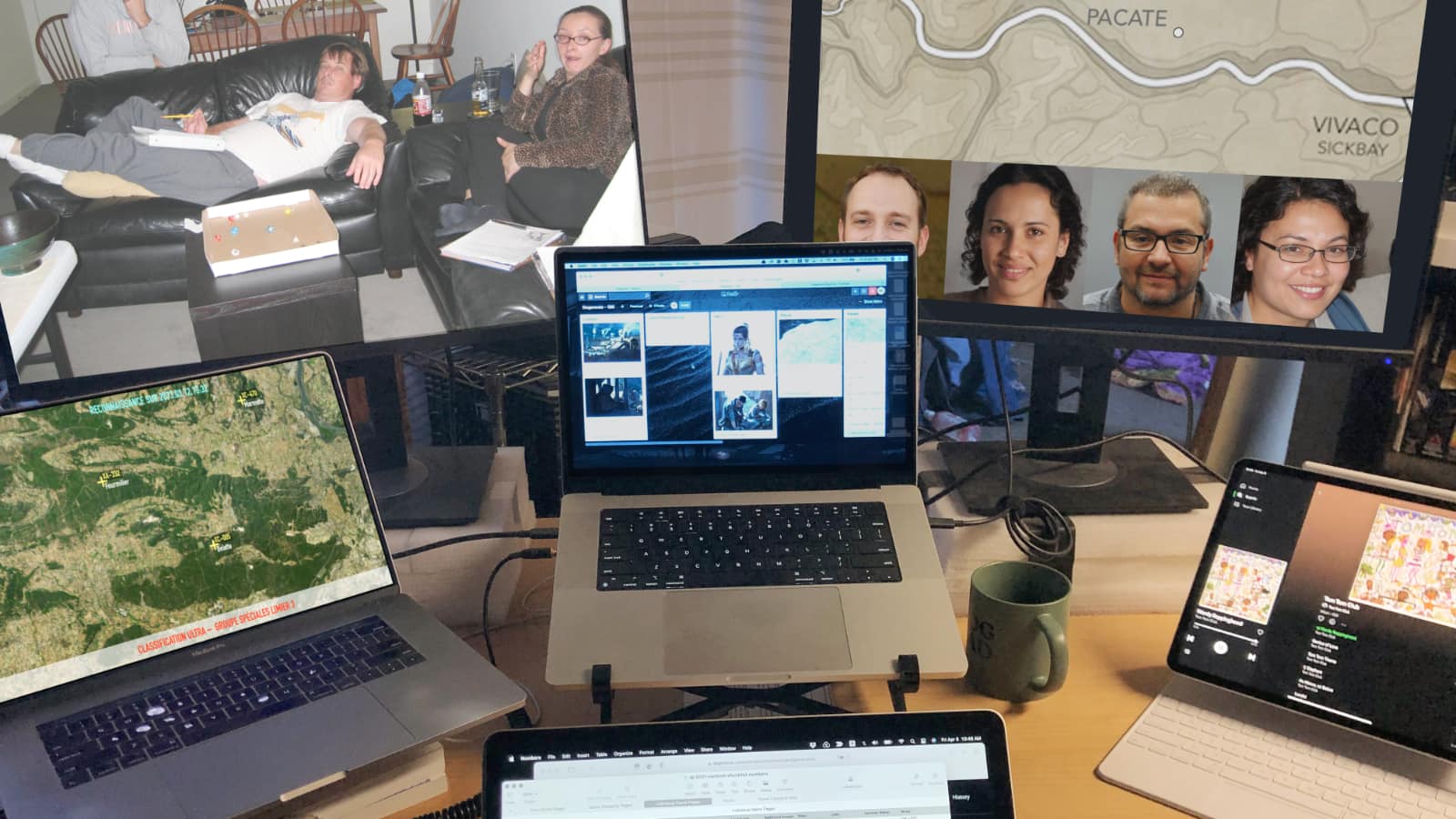 Here are a few of the many tools you can use for running your favorite roleplaying games online:

When you read mainstream media articles about tabletop roleplaying, they often feature photos of people gathered around a big table that features a battle map with lots of miniatures and maybe even terrain. While many gamers enjoy this style of play, the vast majority of tabletop RPGs can be played in a “theater of the mind” style, meaning that the action is described through words rather than top-down tactical maps. For example, Dungeons & Dragons can be played theater of the mind or with battle map and minis, and theater of the mind is the default mode for Apocalypse World.

Go With What You Know

If you don’t need a visual representation of what’s going on in the game, you can easily run a session using software you already use for school or work. Many gamers use two kinds of apps in combination:

A text-centric app for coordinating outside of the game session, sharing game-related files, keeping track of what happens during the game session, and so on. These apps often also support third-party dice-rolling apps. Examples: Discord, Slack.

A video-centric app that allows everyone in the game to see each other’s faces and allow the GM to show pictures of what player characters encounter in the game, and occasionally show maps to show overland travel, etc. Examples: Zoom, Google Hangouts.

Discord – Set up your own free Discord server and you can incorporate text and voice with one tool. It also gives you the ability to create discussion channels and private messages. Check out David Schirduan’s tutorial.

Google Hangouts – With its emphasis on video, and support for text and add-on applications, Hangouts is a solid option if you don’t want to shell out for a dedicated virtual tabletop product.

Skype – Audio + text is the sweet spot for Skype. It doesn’t provide access to add-on tools, but it’s easy to use, free, and works well across a wide variety of platforms.

Slack – Best known as a business tool, Slack provides tools for text-based play with robust image support and integration with many other services. Dylan Reed’s short writeup gives you an idea of how some people use it for gaming.

Zoom – Free to use for short conferences and easy to set up, this has become a very popular videoconferencing tool for a variety of purposes.

VTT software is made specifically for tabletop roleplaying. There are several other VTT tools available, but these four dominate the market. If you’re playing a game that would usually incorporate miniatures, or has complex combat mechanics one of these may be right for you. Note that some gamers use a VTT in conjunction with a text-centric app like Discord.

d20Pro – A Java app that runs on Windows, Mac, and Linux, d20Pro provides separate licensing for player and GM use.

Fantasy Grounds – This app, which runs natively on Windows and on Mac and Linux via WINE, is also supported on Steam.

Foundry Virtual Tabletop – A self-hosted web app, Foundry is the most recent entrant in this group and emphasizes modularity and extensibility.