So you’ve heard about Degenesis: Rebirth. You don’t know too much about it, but it sounds interesting. You’ve convinced a friend to GM — or maybe someone more familiar with the game has offered to GM for you — and you’re getting ready for your first time playing it. Whether you’re a tabletop RPG veteran or someone completely new to the hobby, this guide will help you get started on your very first character.

What is Degenesis, Anyway?

Degenesis: Rebirth is a post-apocalyptic sci-fi/horror tabletop RPG by the Berlin-based art studio Sixmorevodka. The game takes place in Europe and Africa 500 years after asteroids collided with Earth during an event known as the Eschaton. Humanity is struggling for survival against an inhospitable landscape, an insidious alien threat called the Primer, the demons inside their own heads, and of course, each other.

Unlike some tabletop RPGs that are heavy on mechanics but light on lore, Degenesis provides the opposite experience: a light but robust and easily house-ruled system, and an incredibly rich and complex setting with several key themes. Degenesis games cannot be separated from this setting.

This is not a complete or definitive list. As you play the game and learn more about the world, you will discover many more themes and motifs. 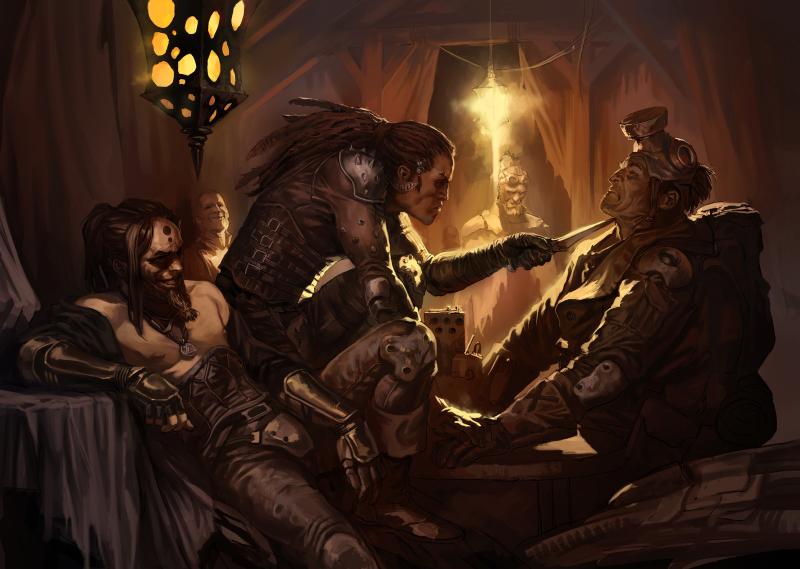 First, Degenesis is a classless game, so it is unhelpful to think of your character in terms of an archetype like Warrior, Wizard, Healer, and so forth. It is true that each Cult has its own stereotypes; for example, the Spitalians are doctor-warriors and the Neolibyans are wealthy merchant-hunters. Yet there are so many different kinds of people, each with their own goals and abilities, within each Cult. Think beyond stereotype and archetype.

For example, the lore for the Saraeli rank of the Jehammedans makes these women seem like pampered living relics, but the Saraelis are not a monolith. Some may enjoy their lifestyle, but some may resent it — hate it, even. Some may be driven to escape, some may wish for their own agency but not know how to attain it, and some may learn to manipulate their families to become the true power of their tribes. And there are many more possibilities!

Second, Degenesis is driven by the narrative, not by the rules. If you are used to playing tank characters that absorb a lot of damage on behalf of the party, you might try to translate that into Degenesis terms. Or you might be used to playing a high charisma character who talks their way through all situations. However, this thought process is unhelpful and may even be dangerous for your character.

Therefore, when brainstorming a character, I recommend thinking in these terms:

What Story Do You Want to Tell?

Remember that Degenesis is a game about mankind’s struggle against forces far greater than itself, some of them given physical form (like Psychonauts), others deeply embedded into the human psyche. Your character is a protagonist, but not necessarily a hero, and certainly not a superhero. 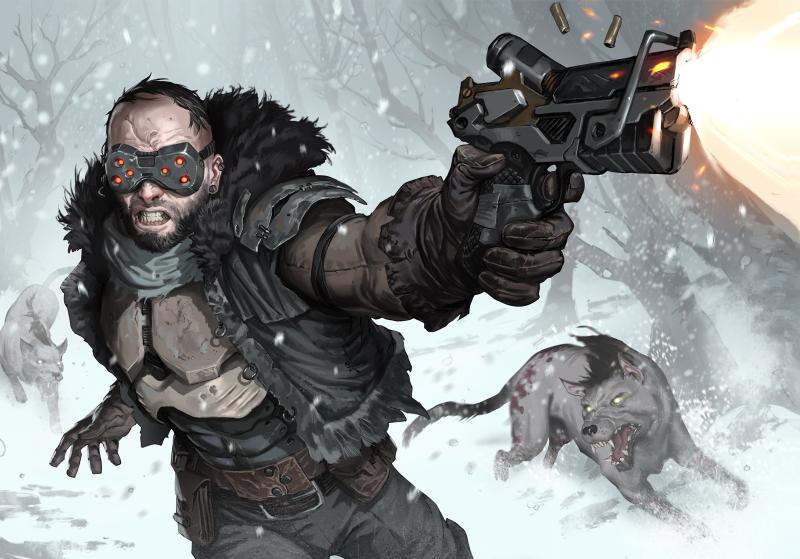 Here in UJ, Erik provides a breakdown of essential reading for players and GMs of the first two books, Primal Punk and Katharsys, in his post Learn to Play Degenesis: A Primer. For the most part, I agree with his recommendations. However, for new players who truly want a sense of the world and an easy reference to helpful pages, I have compiled the following lists with explanations.

These first three excerpts give a very basic summary of the world, the seven Cultures, and the thirteen Cults. Upon reading them, you might find a couple suitable for your character. If that is the case, you can read about those specific Cultures and Cults in their respective chapters.

However, if many of the Cultures and Cults appeal to you or are simply unsure which to pick, I highly recommend reading through both chapters completely. Each Culture and Cult has rich lore and captivating art that will help you make a decision.

Essential reading for character creation continues in the second book, Katharsys. In particular, the following excerpts are useful for adding depth to your character choices:

Earlier I cautioned against sticking too closely to archetypes when brainstorming character ideas. However, after reading the section on Concepts, you may think to yourself, “But Angelica, these are archetypes!” You’re not wrong. But Concepts are meant to be descriptive guidelines, not proscriptive restrictions.

Any character in any Cult can be any Concept, so you can play the stereotypical Spitalian with a Concept of the Healer… or you can play one who is a Destroyer, a Heretic, or a Defiler. All of these are possible. The only limit is your imagination.

When filling out the character sheet it’s easy to get caught up in the mechanics of point allocation instead of the human being it represents. Therefore, try to think of the Attributes and Skills in human terms. As mentioned, Degenesis is not like games that reward min-maxing. Of course, being able to roll 7+ dice for one or two Skills, even at the expense of others, seems more fun. However, your character will have a better chance of surviving if you allocate points so that you can roll 4-5 dice for many different Skills.

If it helps, think of each Attribute as existing on a scale of “terrible at this” to “legendary.” Having only 1 point in INT usually means the character is a clueless idiot, so you can assume having 2 points in INT means a character has average intelligence, like most other people. Having 3 points could indicate some kind of formal education or ability to learn rapidly, as an example. Unfortunately, there is no official conversion chart between Attribute points and real life scenarios, so you will have to guess. But if you think of your character’s Attributes in these terms, then it becomes easier to view them as a real person and not a caricature.

Also, do not be intimidated by how few boxes you may end up unlocking for Ego, Spore Infestations, Fleshwounds, and Trauma. These numbers are low for a reason: the world of Degenesis is dangerous, and some in-game situations can be very risky.

Having room for only 6 Fleshwounds, for example, is normal for characters that do not have a lot of BOD points. But if your character isn’t meant to be physically powerful or resilient, it would be incongruous to add points to BOD just so you can have more Fleshwounds. Having room for too few Fleshwounds, however, can lead to disastrous consequences — like an NPC killing your character with a single swing of a sword. The same applies to Ego and Spore Infestations. As a general rule, a well rounded character will have a similar number (or the same number) of unlocked boxes for these traits.

As you have probably guessed, Degenesis: Rebirth is not a combat-focused game. Your party might encounter a Psychonaut in a campaign one day, but don’t expect some kind of superheroes vs. supervillains style of gameplay. Similarly, if you want to play an “enemy” character, such as a Sleeper or Psychonaut, understand that Degenesis is not meant to accommodate such a perspective. If that’s what you want to play at your kitchen table, then of course, you have the freedom to enjoy that kind of game. But that style won’t reflect the heart and soul of Degenesis, which is humanity.

If you are interested in engaging with the greater Degenesis community, I encourage you to join the Discord server. Veteran players and GMs alike will be happy to help you conceptualize the world and your character better. Come prepared, however; at the very least, read both Primal Punk and Katharsys, since the answers to many questions lie within their pages. The Discord server is also a place to share fan-made content, such as art and maps, campaign ideas, and session reports.

Finally, keep in mind that this is your first character in a dark, deadly, and conflict-heavy game. Hopefully, this guide helps you create a character best suited for this kind of world. However, if you end up dissatisfied with your choices once the dice start rolling, there is always room for adjustments. Speak with your GM about minor changes to your character, or work together to come up with a new one entirely. Remember: Your first character might die within the first few sessions, anyway. It’s always good to have a backup.

2021-03-29: I recently started a blog devoted purely to Degenesis. Check it out: Train to Baikonur.