In the early 1980s I was way into tabletop RPGs, and attempting to find my way through the jungle that is the American high school experience. For the first couple of years in that crucible, my friends and I spent many a lunch break in the safe haven of the library. It had two or three small, glass-enclosed rooms that could be reserved for group activities that might be too loud for the common area.

It was there in my freshman and sophomore years that we played a variety of games. D&D was our primary game at the time, but we seldom played it in the library. No, the library was for experimenting with exotic new games. Here are three of them: 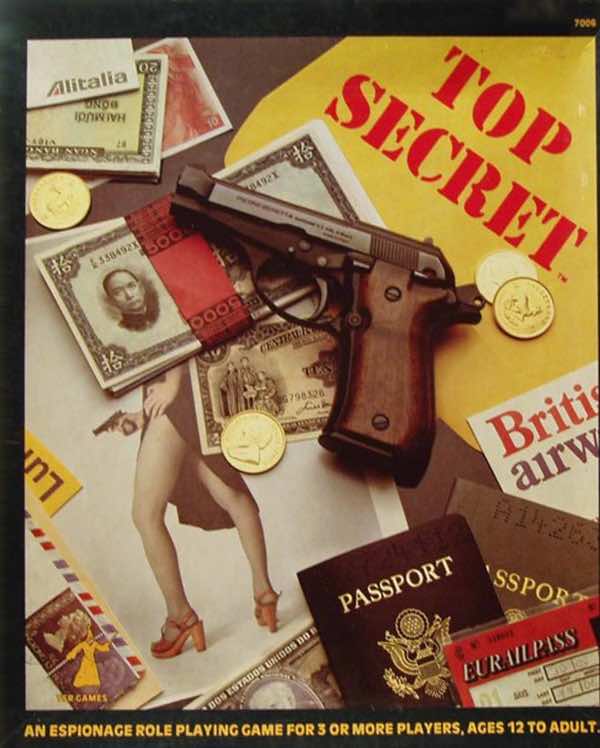 This was probably the second or third game I ever GMed. I still remember the thrill of going through the rules and marveling at how it differed from D&D. It used percentile dice for task resolution and “areas of knowledge” to determine what a character could do. A player could even use Fame and Fortune points to influence events!

Top Secret was an exciting, fast-paced game that took us out of the murder hobo world of D&D and into the pop media landscape of James Bond, a franchise that was hugely popular at the time. We played the game a lot and really enjoyed it. I ran several adventures, from published ones like Operation: Sprechenhaltestelle and Lady In Distress to those of my own creation.

In 1985 a cruise ship called the Achille Lauro was hijacked in real life. That tragedy reminded me of the Lady In Distress adventure, but I didn’t learn until years later that the module’s ship plans were actually based on those of the Achille Lauro. 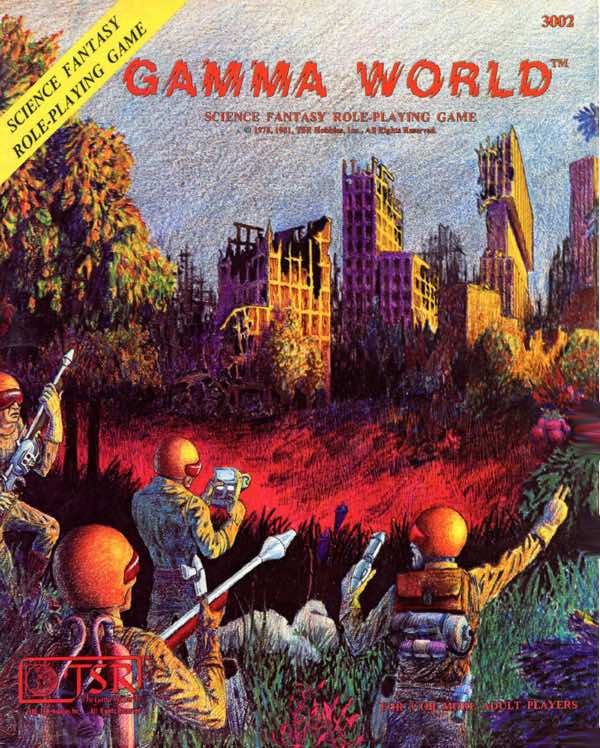 The first big gonzo post-apocalyptic mutants-and-lasers game, Gamma World provided all kinds of weird and often absurd creatures, bizarre mutations, and a range of technology from rocks and clubs to masers and powered armor. It’s no wonder we were drawn to it.

Unfortunately it didn’t get our attention for long, in part because it was impossible for our young minds to focus on anything but gathering as much high-tech weaponry as possible and vaporizing our enemies. The result was a few sessions that petered out and never really became a campaign.

But Gamma World planted the seeds of what later became my obsession with post-apocalyptic RPGs. For that I’m forever thankful. 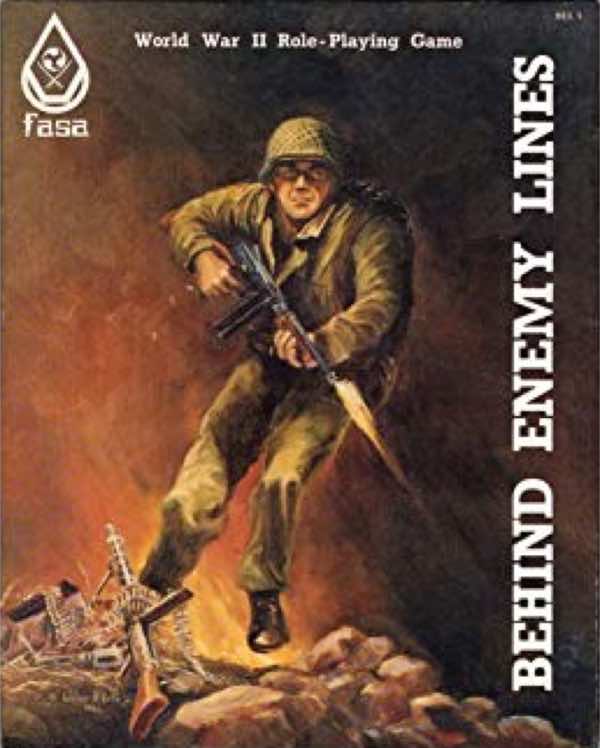 It’s hard to imagine now, but the 1980s saw the release of several relatively high-profile RPGs that were all about war. Real-world historical wars. Recon (Vietnam War) and MERC (mercenary adventures) had adherents, but the biggie was Twilight: 2000, which had surprising legs for a gritty game about survival at the tail end of World War III. But before Twilight: 2000 blew everything else off the grid, our boots and bullets game of choice was Behind Enemy Lines.

Like Gamma World, it took its cue from popular media. In the early 1980s, films and TV shows about the Second World War were still big. A Bridge Too Far, Force 10 from Navarone, and The Big Red One showed Allied soldiers going on desperate missions against vicious odds. Sometimes they lived, sometimes they didn’t. But it was always exciting.

That was what made me throw down hard-earned cash for Behind Enemy Lines. But the game was actually a lot less heroic and a lot more realistic than the movies. Get outnumbered and you’d best make a hasty retreat. It featured black and white illustrations and the rules didn’t give players many opportunities to make mistakes and still live. In practice it was difficult to run, because my players had a hard time adapting to a game that tried to balance the adventure and excitement of cinematic war stories with the lethality of real combat situations.

Those library lunch breaks were a time of great experimentation, but by the time my junior year rolled around we were spending our lunches on the upper patio. Our gaming center of gravity shifted to basements and garages, and our game nights became game weekends. I ran a long RuneQuest campaign, then a similarly lengthy Aftermath! campaign followed by (of course) Twilight: 2000. While we moved on from those library gaming experiments, I like to think they opened the door to the games that stuck with us far longer.