Degenesis never fails to amaze. In Black Atlantic (BA), the closure of the Jehammed Trilogy adventures, the game shows its strengths in full. I won’t, very unjustly, go over the excellent production values of the art, typesetting and graphic design. If you’ve seen them you know they knock it out of the park. Degenesis truly sets a new gold standard for the RPG industry. Full stop.

Here I want to speak of the song that Black Atlantic sings. Game masters (GMs) who’ve run the previous installments of the trilogy already know how these books work: you’ve got an introduction to the geographic setting, then a list of major players in the region and then the adventure itself. If you’re new to Degenesis, this might sound pretty basic, right? Well, let’s go through them again.

Geographical tidbits in Degenesis are never something so simple: Every paragraph is a plot hook, every location hides clues to the story, be it the overarching themes of the whole of Degenesis or local events. In any case, they serve to run adventures on their own and to avoid a sudden lull in the game’s pace if players decide to explore that ramshackle town instead of the obvious path all clues point towards to. This game kills railroads; more on that later. 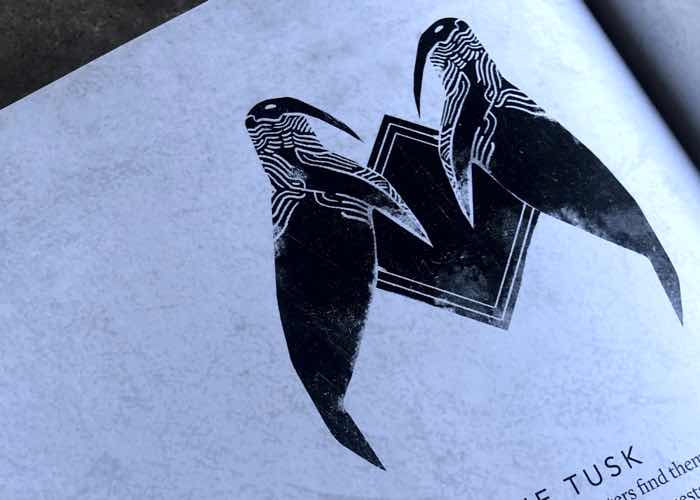 In BA we’re introduced to northwestern Franka, the land of the Britons. This is a land of tradition and faith, of hard working people and the legends they believe in. Some are jubilantly celebrated as they walk among the populace. Like Saint Vicarent, who single-handedly saved this land from the scourge of the Pheromancers. Some are whispered and feared, like Cernunnos, god protector of the forests in the south, or the decaying Vulture and his army of cannibals across the narrow sea up north. The ruins of Nantes, the bridge at Morlaix and the bustling inns in Brest, among others, all present opportunities to develop narration and with that, the personal stories of the player’s characters.

The characters are the pillars of the game, both player and non-player varieties. They push the story forward and forge the history of the world through their actions and their reactions. This is the core principle of any RPG, that players have agency. But many games grind the agency of NPC down to the stereotype into which the acronym has devolved. NotDegenesis, though. More than just stat blocks, NPCs are believable humans with motivations and intent, and these serve the GM well in improvising. Instead of overpreparing for every possible scenario, a GM who knows the intentions of his agents well can react to anything the characters put into play. 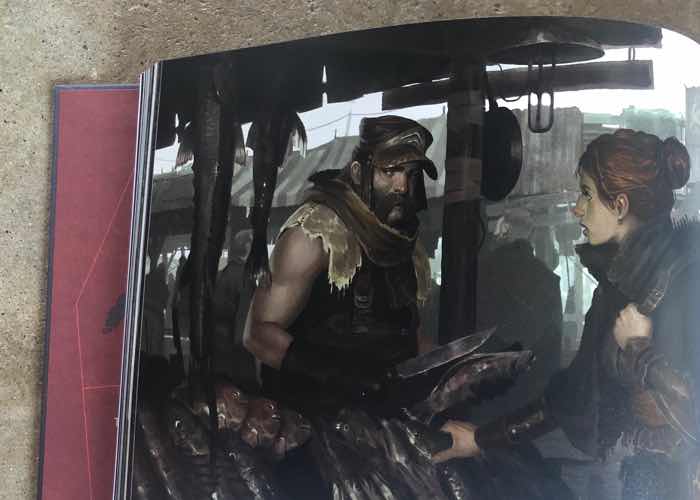 BA has a wide cast of characters, tangled in different webs. From the amorous mishaps of the Salt Wolf Parel and the jealousy he’s awakened in town, to the otherworldly phenomena the Delilah fears, the mysteries of the defeat of the Pheromancer King Ganaress the Red Pack is after, and the tragedy of Oppolus’s estranged family are a handful of examples. Different spheres of interaction which will collide and trigger reactions, from utter chaos to redemption, opportunities arise for the GM and players to build a network of allies and gain enemies to shape their own narration through the setting. More notably than in previous installments, the agencies of the different factions are flexible and tied to the personal actions of the player characters. Moral dilemmas arise naturally, forcing the players into having to choose carefully, with the consequences rippling well beyond the time and space of this setting. The stakes have never been this high.

Then comes the adventure. Some people get the books and treat the adventures as scripts, as other games do. They soon become disappointed in its narrative structure. They call it too linear, too railroading. The presented adventure is one of many possible ways of the adventure to develop, but Degenesis has always asked for the GM to be smart. All adventures are a succession of events, of nodes that connect to each other and allow the narration to go forward.

The adventures in Degenesis campaign books are more an example than a script. They just show how the assets described previously can come into play, how do NPCs react to certain events, what is happening around the world. Of course, players will most probably deviate from the described path, but the nodes can be repositioned and modified at the GM’s whim to suit the ever-changing context of the developing game. Once again, these are tools for the GM to use, not a recipe. A RPG should be fun for the players and the character, and strapping the game to a prewritten path never is. 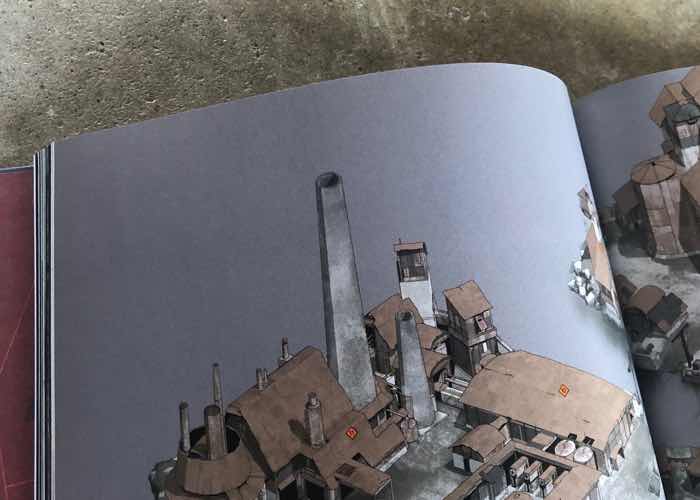 Without spoiling too much of the plot, BA is the glorious ending the Jehammed Trilogy deserves. Players are thrown in the middle of several narrative threads which they can pick upon and develop, and they will surely discover more about the world and themselves in the process. The adventure is fertile soil for character development, as the players will face challenges and mysteries that run deep into the themes of the game. Major world-changing events depend on the actions of the players, without turning the players into unstoppable machines. Degenesis is not a game of power escalation, but of willpower and player agency. Old allegiances will be put into question and the characters, if they make it through, will come out with open eyes to a world that only moments ago hid in plain sight.

BA elevates the tone of the game from the surface appearance of the unique post-apocalypse taste to the greater truths that lie beyond. Both players and the GM will revel in the setting, characters and events that take place in it, and both will surely be more hooked to the universe than when they started the book. - —————————–

Black Atlantic can be purchased in PDF and print from the publisher, Sixmorevodka. For more info about Degenesis, see the the overview page.

After making a few changes to UJ, I need to assess the future of the site and how much time I am willing to devote to it.

What happens when a group that last played Cyberpunk in the 80s gets together to give Cyberpunk Red a try?