TL;DR — This is a nutrient-rich blend of rules additions, lore, and guidance that will help players and the GM create better Degenesis campaigns. Whether you’re a Degenesis veteran or a newcomer, Artifacts is a must-have. In this review I’ll explain what it provides and give some examples of how it can be put to good use. 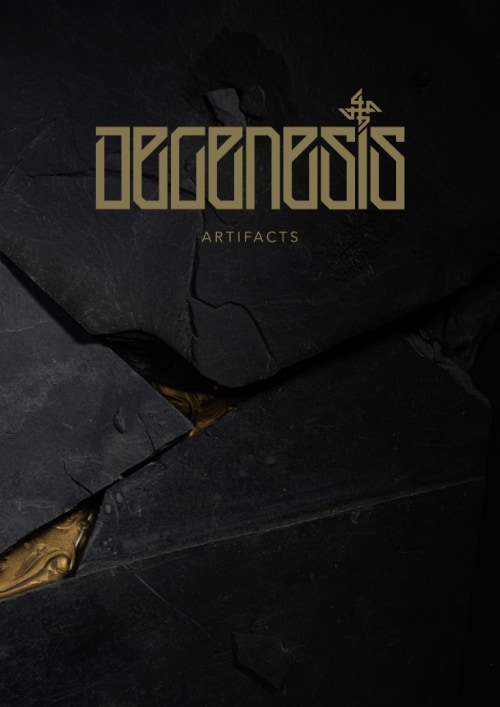 Artifacts is the first rules supplement for Degenesis:Rebirth. It covers a wide range of topics from combat and healing to energy and memetics. I was fortunate to get a pre-release review copy of the PDF and have given it a thorough read and used it in actual play for several sessions. Based on my group’s experience, there’s plenty here for GMs and players alike.

First, a bit about my relationship to Degenesis: I discovered the game by purchasing the core books in PDF form. That convinced me to buy the print version. I took my time reading the books and waited for the right time to spring the game on my Friday night group. They bought into the concept and I started a campaign. I’ve since written an initial review and a follow up actual-play review, and have become an active member of the Degenesis Discord. Our campaign is 24 sessions deep, with no end on the horizon. So I’m approaching Artifacts as a committed Degenesis enthusiast. I won’t pretend to be a disinterested, wholly objective reviewer.

With that in mind, this review is an exploration of what the book can bring to your campaign, not an analysis of whether Artifacts is a useful supplement or not. If you’re playing Degenesis or if you’ve got the core books and have been waffling on whether to give the game a try, this book will help you.

Degenesis: Artifacts is broken into twelve chapters, with several pages of charts summarizing key info at the end. As you’d expect from SIXMOREVODKA, the layout and art are stylish and evocative. Most of the art is astounding; some of my favorite Degenesis images are found in this book.

Also, because the Katharsys mechanics and the game world are so tightly coupled, by reading Artifacts you can’t help but learn more about the Cults, Clanners, Psychonauts, Sleepers, and other forces at work in the post-Eschaton world of Degenesis. GMs hungry to learn more about the setting will find plenty to chew on here.

As I run through each chapter I’ll provide teasers, little ideas that came to mind as I was reading the book, examples of how Artifacts provides fuel for GMs and players. 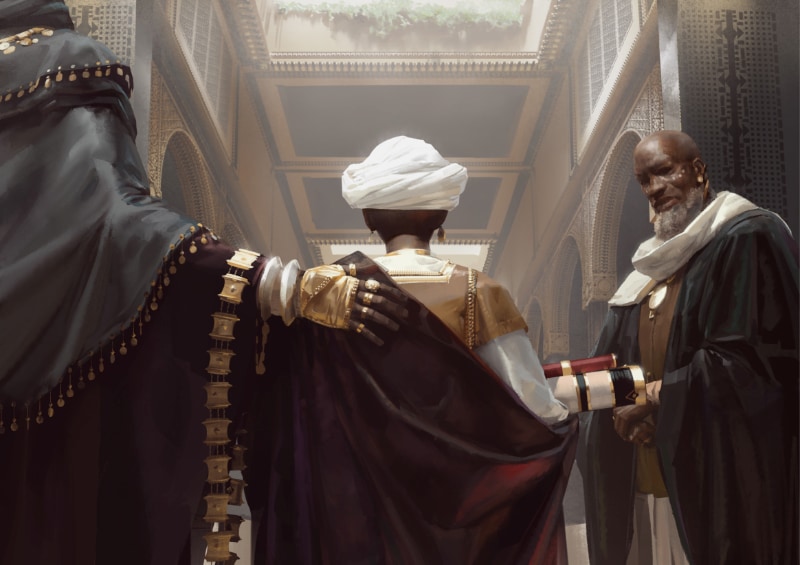 The Degenesis campaign setting is expansive, spanning a broad range of geographies, cultures and technological sophistication. Because of this there will always more to explore, gaps that need to be filled in by the GM, details that just couldn’t be included in the core books. That’s the nature of a world as rich as Degenesis.

Thankfully Artifacts fills in and solidifies aspects of the world that were previously only hinted at, making it feel even more lived in and engaging. These details are also fertile soil for creative GMs to nurture interesting situations for their players. Here’s what I mean:

Energy covers how sophisticated Bygone technology can continue to operate five centuries after the Eschaton, and describes more pedestrian power sources as well:

Economy is one of my favorite sections. It reveals the inner workings of the Neolybian trade empire and gives an enterprising GM scaffolding for a Neolybian-centered campaign. Even if the trader cult isn’t at the center of your campaign, there’s plenty to use here:

Digging deeper, the book also provides goodies that will tempt GMs but should be used sparingly because of their power to affect a campaign:

Primal Ingenuity will blow your mind. One of the best things about Degenesis is that the very substance that is destroying humanity can also prove indispensable in certain circumstances. To drive that point home, this chapter reveals how components from vanquished Psychonauts can be harvested for effects ranging from useful to twisted and dangerous:

Artifacts provides a wide range of exotic and dangerous Bygone implements to sprinkle into the game world. I find this chapter valuable not just because of the artifacts themselves, but because they provide inspiration for other artifacts of my own devising. Any of these could form the core of an adventure:

Memetics is another mind-bending chapter. Memetics is one of the elements of Degenesis that has long captivated me, because it provides a bridge between the Byone era and life five centuries later. This chapter makes memetics real and suitably powerful. GMs now have the details they need to use Sleepers in their campaigns, to frightening effect: 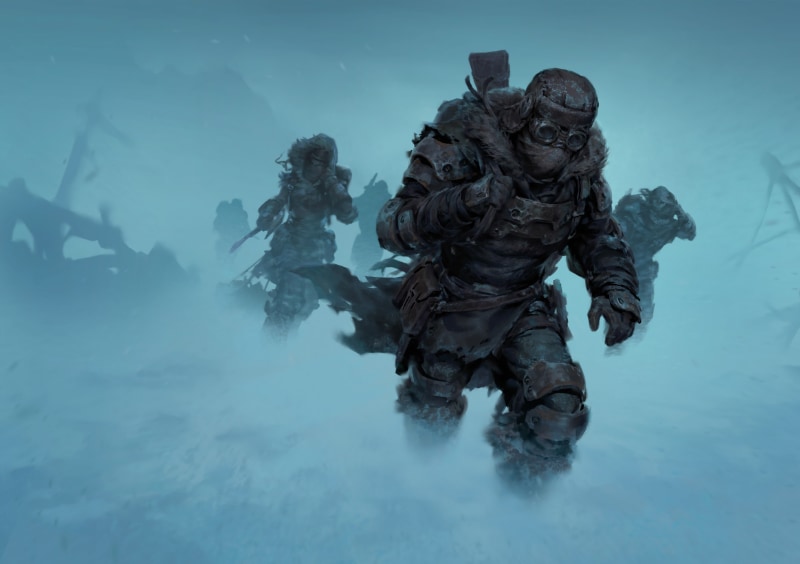 Players get a trove of goodies as well. When I showed the player-facing chapters to my weekly Degenesis crew, they were immediately engrossed. First there are now more implements that can be used used to kill or be killed with, which should make players excited and nervous at the same time. Also, all the Potentials from various Degenesis publications have been collected in one place with plenty of new ones added along the way, and a host of new gear provides new ways to stay alive.

Those are welcome additions, but the literal game-changer is the addition of expanded character creation options and mechanics for the cultivation of player character groups. Let’s start with those first:

Legacy can be easily retrofitted into existing characters and gives players meaningful backstory that can both help the player develop their character and give the GM hooks to use when building out the campaign:

Scars may be my favorite chapter. Degenesis players and GMs frequently ask why their characters would be together if they hail from different Cults or Clans. Scars provides a solid mechanism for helping player groups build a rationale for staying together, and provides mechanical benefits for doing so. This could feel forced but it doesn’t, primarily because the reasons characters would collaborate fit with the overall feel of Degenesis, which is that groups come together out of self-interest more than any higher calling:

Potentials collects all the Potentials from In Thy Blood, The Killing Game, and Black Atlantic and adds a few more:

In addition to those chapters, the dangerous world of Degenesis now has more ways to fight, heal, and survive. Yes, Degenesis was already gritty, but some of the goodies here bring that extra bit of flavor that can add a lot of drama and danger to your campaign. 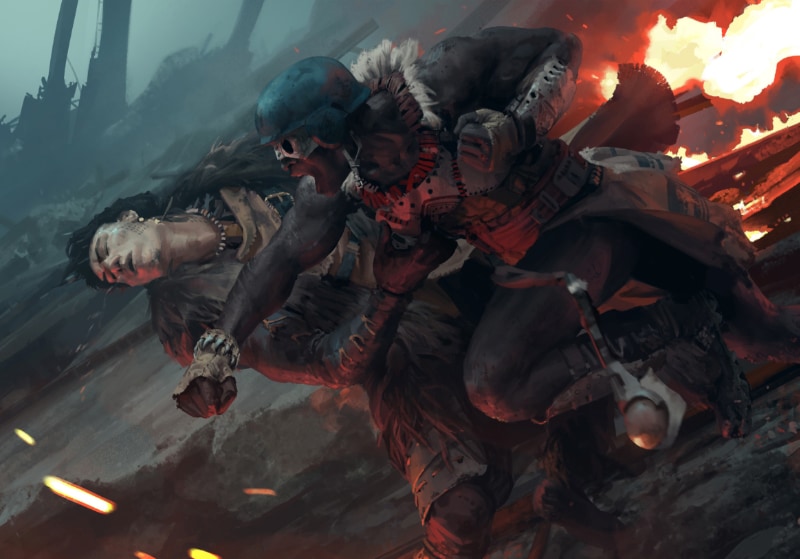 Survival helps the GM convey in mechanical terms the effects of dealing with extreme weather, exhaustion, and lack of food and water:

Arsenal is for everyone who wants more guns and ammo, mods, a couple of brawl moves, and downright frightening weapons:

Combat provides new and interesting ways to rumble. Want to disarm an opponent? Want to taunt him into making a rash action? It’s here. What happens when an outnumbered combatant stands and fights, and what makes her decide to flee instead? Yep, it’s all here, along with more:

Health is another of my favorite sections. In addition to providing more detail on the effects of Burn, it describes cures used in various Cultures, explores the effects of performance-enhancing substances, and provides many tools for making combat less binary. It’s not just about whether you live or die, because depending on the wound, you may be in for a lot of pain and trouble. In particular it reinforces the dangers of combat by presenting nonlethal harm and making healing less predictable:

Artifacts highlights the flexibility of the Katharsys mechanics that power Degenesis. Most of the rules additions are quite straightforward and easy to adjust. Want to make starvation even more deadly? Change the starvation interval from two weeks to one. You can also pick and chose which of the Artifacts materials you want to incorporate into your game. If Legacy and Scars don’t seem useful, just bypass them.

I do have some minor quibbles with some of the rules, but as mentioned above, they are so easily modified that house-ruling negates any concerns. The Charts section at the end of the book is quite helpful, gathering up stats from the various chapters. My biggest ask would be for linking in the PDF. Although modern PDF reader apps make text searching fast and easy, even the addition of basic chapter-level links in the PDF would be handy. [2020-04-13 update: the release version of the PDF is extensively bookmarked]

Overall Degenesis: Artifacts is just the kind of supplement I was hoping for from the SIXMOREVODKA crew. It expands the game without adding unnecessarily complications, it fleshes out the world in more detail, it presents the GM with all kinds of hooks to build off of, and it helps players build characters and teams that fit the setting organically.

As with the core rulebook, the PDF of Artifacts is available for free from the Degenesis website, where you can also order the print version.

2021-03-29: I recently started a blog devoted purely to Degenesis. Check it out: Train to Baikonur.