It’s been a long time since I’ve painted miniatures. Recently my interest has become rekindled. At the same time, my collection of decades-old minis has been taking a beating because my boys are using them in the D&D campaign I’m running. What better time to photograph minis I painted two and three decades ago, before they succumb to the ravages of small hands?

On Amazon I found the well-reviewed Aukey Ora 10x Macro Lens. I popped it on my iPhone 6+, set up some minis on the kitchen counter, and started shooting. 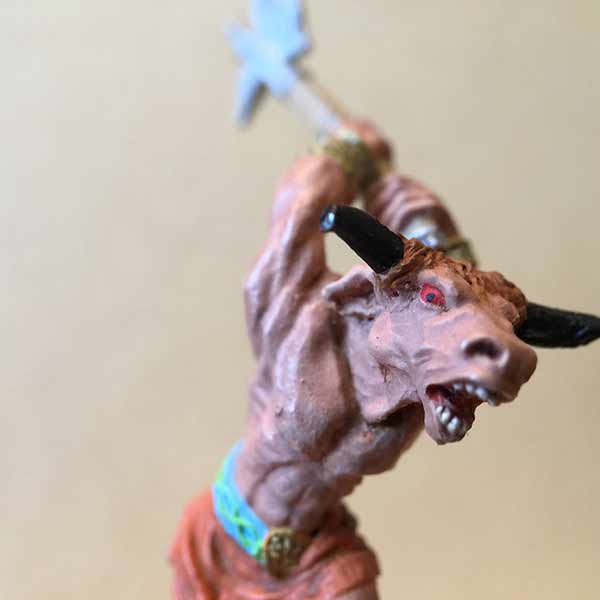 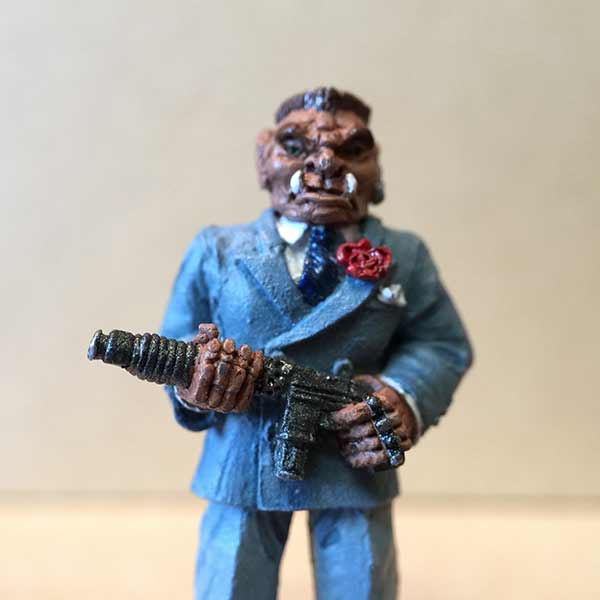 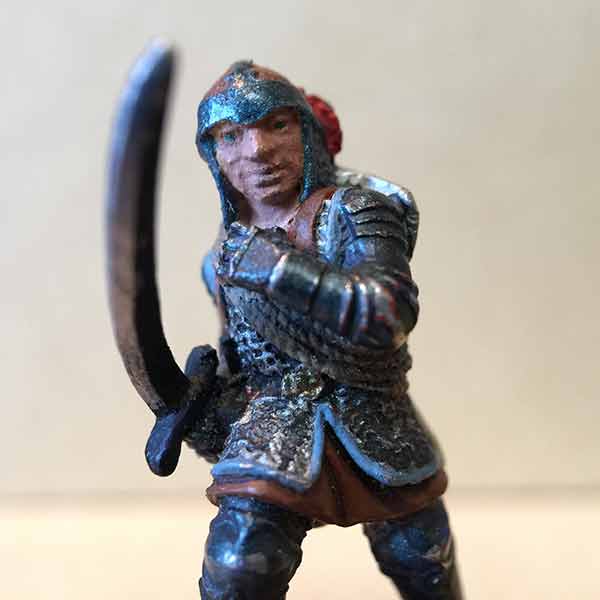 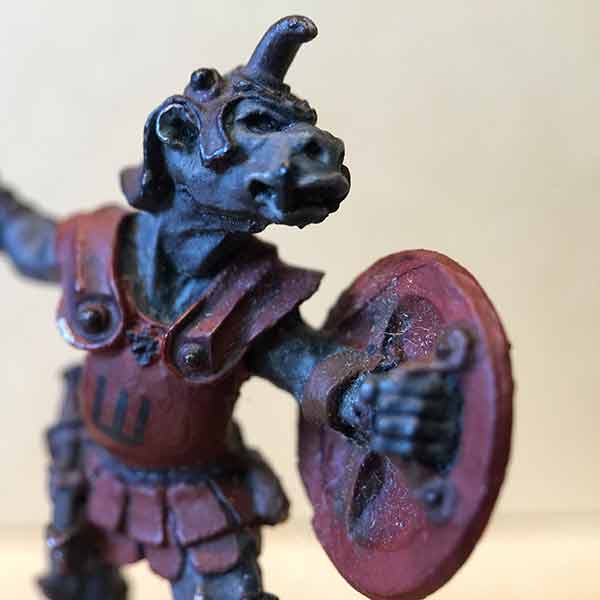 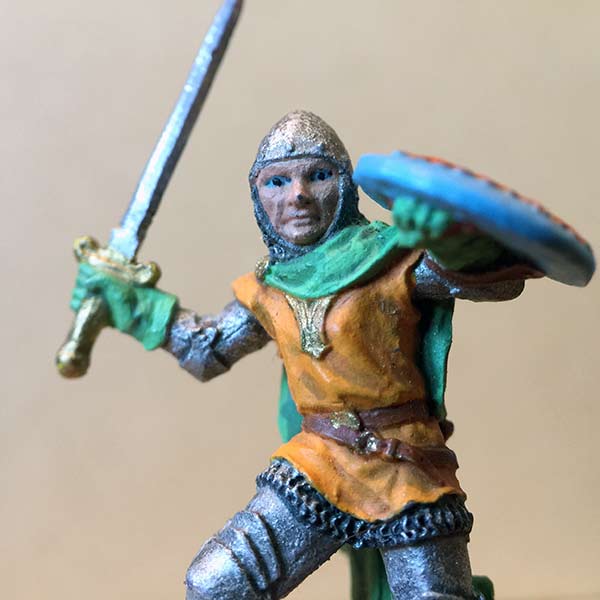 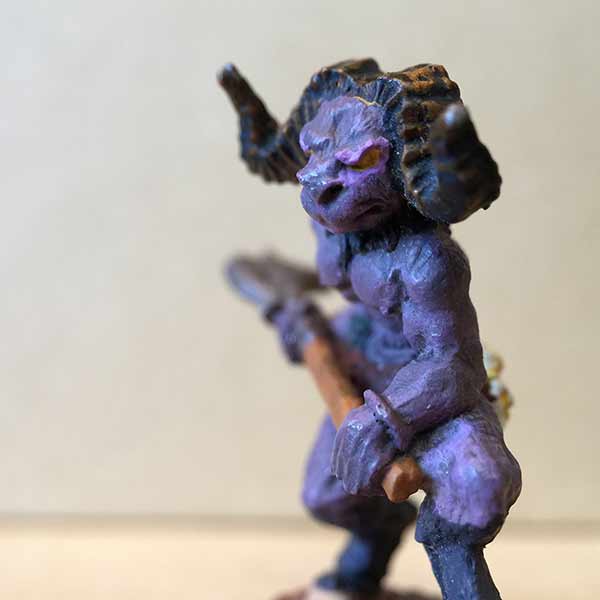 As you can see, my mini-painting skills never reached great heights, and these minis have accumulated plenty of nicks, dings, and even some odd textile hangers-on. Note to self: Blow ’em off first, next time to remove the dust and fabric samples. But the Ora Lens acquits itself quite well.

Originally I put the iPhone on a flexible tripod, but that actually got in the way more than it helped. So I just set the camera timer to 3 seconds and laid the phone longways on the countertop to stabilize it. The minis were lit with natural light from the kitchen window, and I used the box the Ora Lens came in as background. Because of the tight depth of field, a curved piece of neutral-colored paper would have served as a better backdrop. I didn’t use the included hood because it made it difficult to get close enough to the minis, but it’s handy for other situations.

The  Aukey Ora 10x Macro Lens is easy to use, nicely packaged, and costs ~$25. It clips on easily to the phone and requires no fiddling. Aukey even includes a small carrying pouch and a cleaning cloth.