The 5th Edition Dungeons & Dragons Starter Set has been with us for five years. It’s sold over 800,000 copies and been hailed as one of the best RPG starter sets ever produced. Now Wizards of the Coast has released its successor, the Dungeons & Dragons Essentials Kit.

While WotC hasn’t stated that this new starter box will replace the Starter Set, it’d be an obvious move. First, the Essentials Kit is a much more robust product. Second, maintaining two primary starter boxes (not to mention tie-ins like the Stranger Things boxed set) would be confusing to the uninitiated. The Essentials Kit is also also a better introduction to D&D. 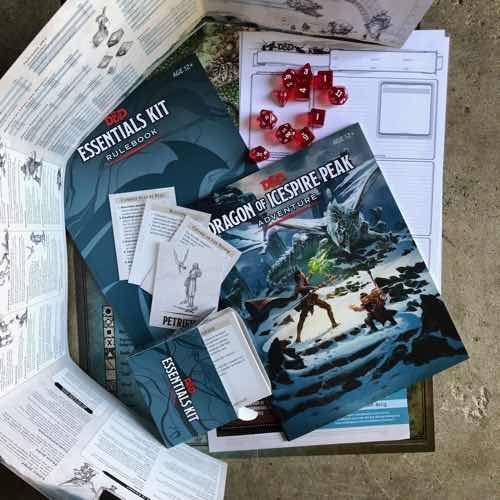 Second, the Essentials Kit includes a Dungeon Master’s screen. It’s flimsy, but includes exactly the kind of info a beginning DM needs and is well laid-out and illustrated. While this might seem like a small thing, the DM screen is a big deal; it provides that extra handholding that should reassure new DMs and minimize seek time as they get familiar with the rules.

Third, the box comes with several perforated cardstock sheets and a flat-folded box. Assemble the box, separate the cards, and you have a handy if rough-at-the-edges set of reference cards. There are cards for Conditions, Magic Items, Sidekicks, Initiative Tracking, Magic Charms, Quests, and Combat Step by Step. The cards streamline the game by removing the need to flip through books, and they help players understand what’s going on. These are by no means deluxe cards — they don’t have a polished feel — but as with the GM screen the layout and illustration is solid and they provide a tangible benefit.

Finally, D&D is a game of maps, so it’s only appropriate that the Essentials Kit contains a full-color reversible 21″ x 15″ map showing a 150-mile stretch of the Sword Coast on one side and the village of Phandalin on the other. It’s glossy, folded, and a bit on the thin side, but it feels rugged enough for repeated use. 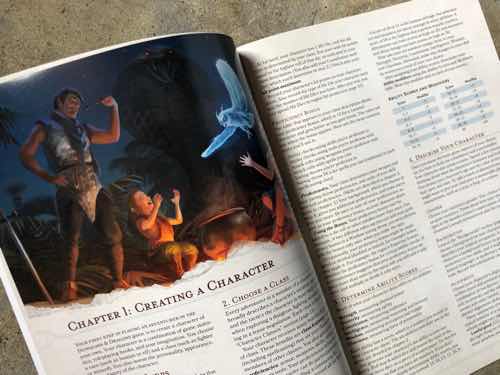 The rules cover combat, equipment, spellcasting, and social interaction. As with the Starter Set, this isn’t a different set of rules; it’s the core elements of the full rules. Nothing that you learn in the Essentials Kit will have to be unlearned should you move on to the core books later.

As anyone who has ever played tabletop RPGs will tell you, getting a group together can be hard. While people have been running D&D one-on-one (aka “duet”) for ages, this is the first time I’ve seen it codified in a D&D beginner box. Rather than up the power level of the player character in this situation, the Essentials Kit introduces what it calls the Sidekick. A Sidekick is a special type of streamlined NPC that accompanies the player character, can be controlled by the DM or the player, and can advance in capability alongside the PC. This technique isn’t wholly new, but it has the benefit of being a proven concept. 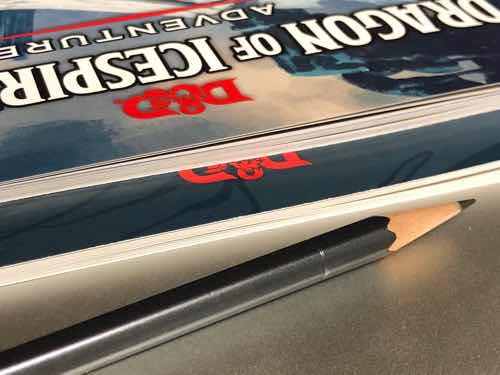 Dragon of Icespire is a 64-page adventure that takes place in and around the frontier town of Phandalin on the Sword Coast. In this respect it’s similar to Lost Mine of Phandelver, the adventure included in the Starter Set. But where Phandelver is written with four to five characters in mind, Icespire can be run for one to five characters. Icespire is also less linear. It contains a variety of quests — complete the first three in any order and three more become available, then three more. After all the quests have been fulfilled, the player characters should be 6th level and presumably the players should be ready to move on to the core D&D books. If you already own Lost Mine of Phandelver, you can sprinkle settings, NPCs, and encounters from that book into a Dragon of Icespire-derived campaign.

While I haven’t run Icespire, I like the mix and match setup. To me it’s a better representation of how DMs operate in the wild than a linear follow-the-dotted-line adventure. The best DMs adjust the flow of a campaign on the fly, determining which obstacles are put in front of player characters based on how the campaign is progressing and what motivates the individual characters. Giving new DMs some latitude even in their first adventure helps them understand that adventures are meant to be hacked and remixed. 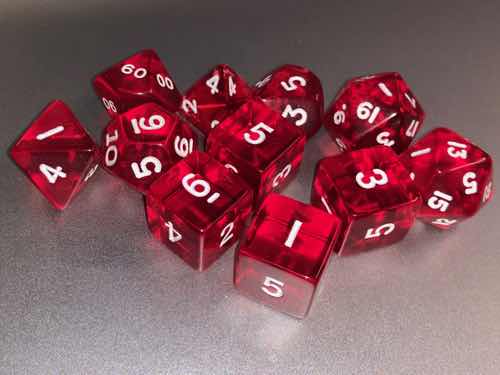 The Essentials Kit comes with red translucent dice. They’re not as fancy as some dice you’ll find, but they’re attractive and easy to read. Six double-sided blank character sheets are also included. Really the only thing you need that doesn’t come in the box is pencils.

Finally it’s worth noting that all of this is stored in a sturdy box that will take a beating. This should be table stakes for a starter set, but sadly some starter boxes for other games skimp on this. Wizards of the Coast has created a starter box that will provide many hours of play, and while some of the components like the cards aren’t of the highest quality, everything in the Essentials Kit looks and feels like it’ll stand up to repeated use.

To Buy or Not to Buy?

Normally I don’t comment on pricing in my reviews. Price and value are not the same thing, and we all prioritize different factors when determining what is worth the money and what isn’t. But I’m deviating from SOP for this review, because the D&D Essentials Kit delivers a lot of bang for the buck. For about the price of a medium pepperoni pizza you everything you need for hours enjoyment and a path into an exciting hobby.

D&D is usually seen as everyone’s starter RPG, the point of entry into the hobby. That doesn’t mean it necessarily should be. Classes-and-levels fantasy isn’t for everyone, and there are a variety of other excellent games that are well-suited to beginners. But if you’re interested specifically in D&D and you want to dip your feet in without shelling out much cash, the Essentials Kit is the way to go. It gives you everything you need for many nights of adventure, provides a more robust play experience than its predecessors, and offers a free test of the digital tools in D&D Beyond.

The D&D Essentials Kit is available at your local game store, at Target, and at The Huge Online Retailer.