I’ve tried to keep this free of spoilers, but if you want to see Rogue One without any foreknowledge you may want to save this for later reading.

Star Wars has always been World War 2 with blasters. The bad guys are called Stormtroopers, and they carry barely-disguised MG-42 machineguns and Wehrmacht gas mask canisters. The Imperial officers wear Nazi-inspired uniforms. Fighter combat above the Death Star is modeled directly from Battle of Britain footage.

But in the earlier Star Wars films, this is all backdrop, the setup for the superhuman main characters whose actions change the course of history for billions of people. They dispatch Stormtroopers with impunity. They take on impossible odds and prevail with nary a scratch. Only the most dangerous opponents in the Galaxy can even harm them.

This time it’s different. This time the protagonists don’t swashbuckle their way through the war. They are mired in it, and they fight and bleed for everything they gain. This is a grunt’s-eye view of the war. It’s Force Ten from Navarone and Saving Private Ryan. It’s skilled commandos and clever partisans giving everything they have to save their world from a subjugating force. 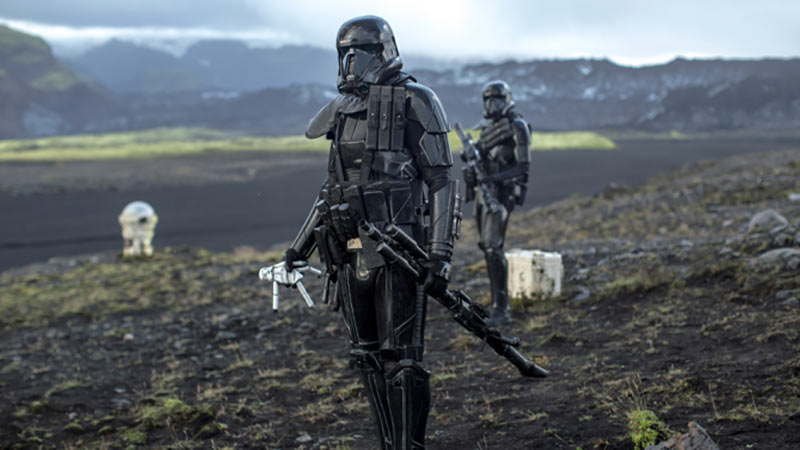 Because the action takes place away from the Force duels and easily-defined good vs. evil of set-piece battles, we also see the moral ambiguity of resistance and rebellion. The commandos and partisans in Rogue One don’t have lighsabers and squadrons of X-Wings. They make do with what they have, and they fight dirty.

The viciousness of the war is a persistent theme in Rogue One. We see just how merciless the Empire can be, and we witness the fearsome evil of Darth Vader at his most destructive. This is not the comical combat of Ewoks bloodlessly taking down Imperial walkers. There are explosions. There is blood and maiming and carnage. 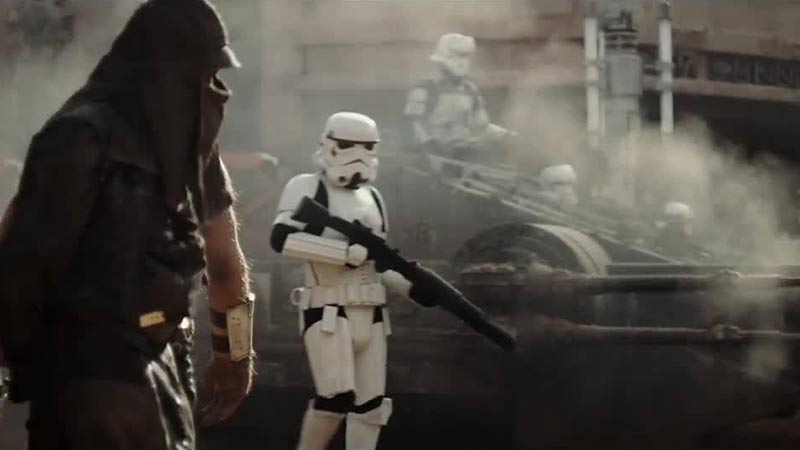 A Cast of Thousands

The big cast of minor characters really drives home the fact that the Rebellion isn’t just the same handful of characters running around fighting the Empire. This is the first Star Wars movie that gives us a sharp glimpse of what life is like under the heel of the Empire, what it’s like to take on the Empire with an explosive charge, your wits, and no Jedi to fly in and save you.

Some reviewers have taken exception to this, noting that we don’t have enough time to get to know many of the characters. I agree that a few of the characters could have been given a bit more personality, I suspect that in time we’ll find out more about many of them. We’re living in a transmedia world, and Disney knows this better than anyone. They also know that sometimes a thinly-drawn character like Boba Fett (or perhaps in this case, Chirrut) can engage the imagination of fans more than many of the more robustly-defined characters.

Taken on its own, Rogue One could be better. Some of the CGI trickery results in awkward journeys through the Uncanny Valley. The lead actors don’t deliver the panache we’re used to in Star Wars movies. A couple of the scenes are unnecessarily complicated. The score doesn’t live up to the impossibly high bar set by John Williams years ago.

Look past these flaws and you see amazing technical artistry and a story well told. The cinematography is at times astounding, and with the aforementioned exceptions, the blending of practical and CGI effects is seamlessly effective. Because this is such a departure from the standard Star Wars storyline, there are more surprises. The ending is daring and oddly exhilarating, propelling the story relentlessly toward Episode IV. 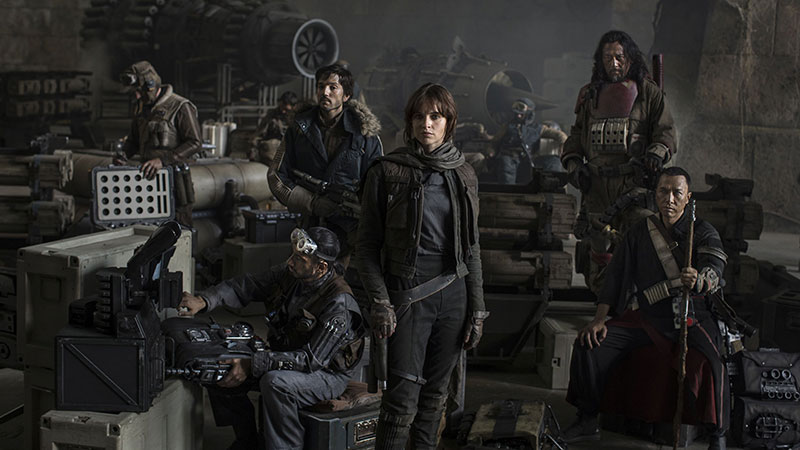 Taken as part of the broad sweep of the Star Wars saga, Rogue One accomplishes several things. First, it shows that not all Star Wars movies need to be centered on the twin pillars of The Force incarnate and the Skywalker family. Second, it proves that there is room for Star Wars films that explore the morally-ambiguous aspects of war. Some fans want their Star Wars with clear, sharp moral boundaries, but this new avenue opens up far more storytelling possibilities. Third, it puts the final stake into the notion that it must be the white man who wins the day in Star Wars movies. The cast is diverse in an unforced way, and it the Star Wars galaxy now feels much richer and more real than ever before.

Finally, Rogue One is more than a movie. It’s another story in the ongoing saga of Star Wars, which is arguably the most powerful mythology created in living memory. It is a globe-spanning, multi-decade phenomenon that shows no signs of slowing down. Rogue One greatly expands the dimensions of that mythology, incorporating more of us in its embrace and giving us new ways of looking at the epic struggle between good and evil.