As the (unofficial until quite recently) Community Manager for  Degenesis: Rebirth, Erwan has been a highly visible ambassador for the game. In recorded game sessions he always appears calm and collected. He’s also very active on the Degenesis Discord and has an encyclopedic knowledge of the game. So it was a no-brainer to ask him how he runs his sessions, and he kindly answered my questions. 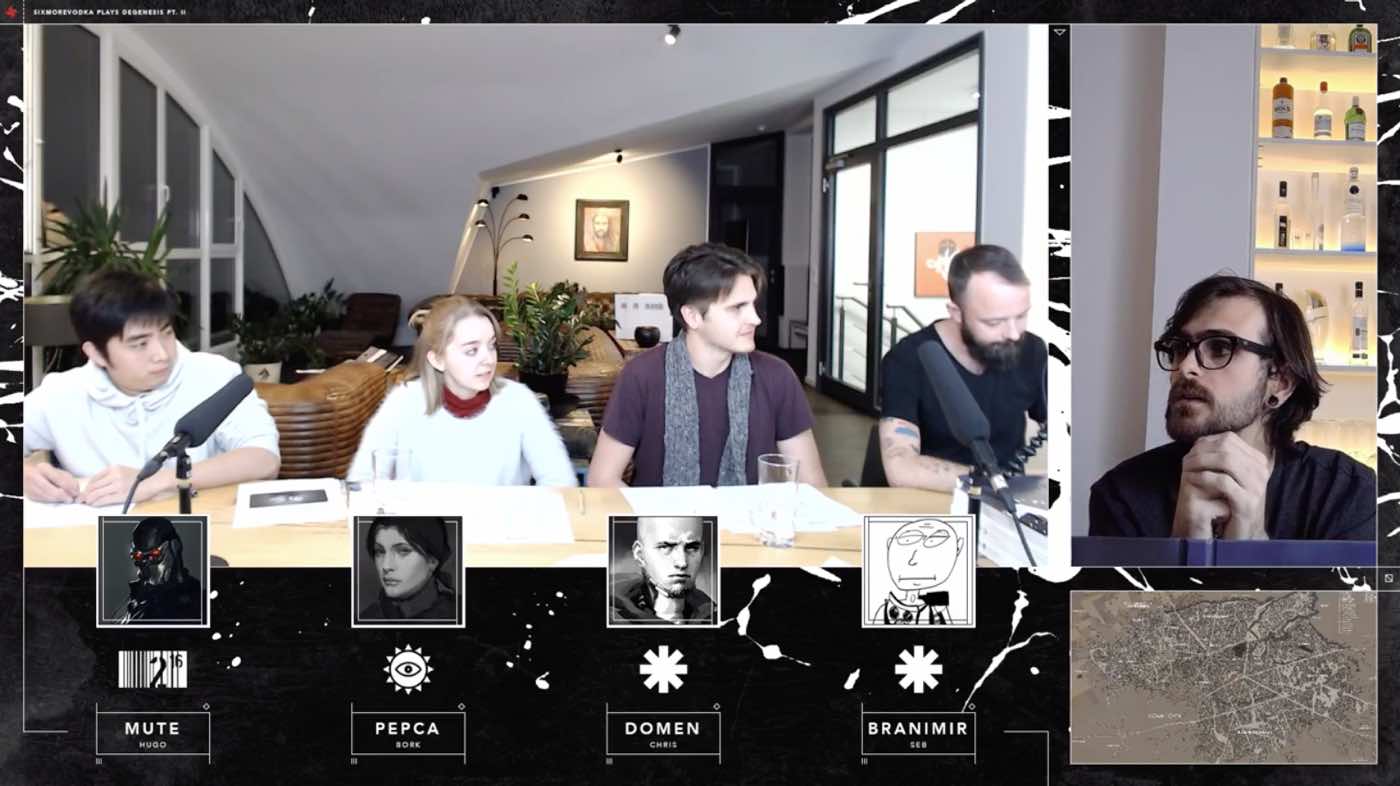 What games do you run?

I have been managing a Degenesis campaign for almost two years now, and it obviously takes a lot of my hobby time to prepare it. I have played Kult very recently, and I’m also a huge fan of Warhammer and World of Darkness.

Do you play online or in person?

I play online, because of my players mainly. Most of them don’t live close to each other, so we have been meeting online for 95% of this campaign, though we started in person. We find it easier to maintain a frequency when we play online. It is also easier to commit to a digital meeting, and not to have spend time traveling just to get to the game.

What’s your session frequency and duration?

The group is composed of six people, all coming from the Degenesis community and hand-picked over the duration of the campaign. Two veterans did the entire campaign, then three others joined after it started, and the last one arrived six months ago.

We are playing weekly, and most of the time for a three- to four-hour session. That is the best rhythm we’ve managed to keep, even though a missing player isn’t preventing the game from happening.

What tools do you use?

Since I play online, I mostly use digital tools to prepare my campaigns.

How do you use those tools to help you set up and run the game session?

I’m an extremely chill GM and I spend most of my free time writing down ideas, either for short scenarios or campaigns, based on the inspiration I find online or in real life. This gives me a long list of ideas, which I keep on Evernote. This is something I have in case a scenario needs to go off road, or I when I want to make sure nothing is railroaded.

But I have spent a lot of time preparing the actual campaign, and now every session is just adjustment with very little preparation because main settings are already written, either by the official books or by me, and I just need to react to the characters’ actions.

So generally I take the notes of the previous session, and incorporate them to the game’s timeline. I note all the elements that could enter in conflict based on these new developments. I quickly check the consequences of these interactions and write them down. It is usually barely a line or two, or a paragraph when it has minor consequences.

If the conflict is bigger, I plan an hour-long session to sit down and think about that in detail, and make sure the story evolves based on that.

All these notes are stored in Google Drive around themes (characters and their personal stories, places, campaign’s metaplot, etc.) and I update everything regularly. Google Drive is also very convenient just because of the fact that I can check on a document at any moment and re-acquaint myself with its content.

Most of my games are pretty open, and I try not to over-prepare because I’m not playing a pre-written scenario with corridors and a big railroad.

I heavily prepared the campaign in advance, so I now only have to do a little work and make a few adjustments between sessions. I only use tools as a way to make it even easier to have access to my notes, or to set a mood. It’s an enabler.

Get More Gamemastering Goodness from Erwan

See Erwan run a game of Degenesis at Sixmorevodka HQ. You can find him on twitter @Kaptcha_.

After making a few changes to UJ, I need to assess the future of the site and how much time I am willing to devote to it.

What happens when a group that last played Cyberpunk in the 80s gets together to give Cyberpunk Red a try?