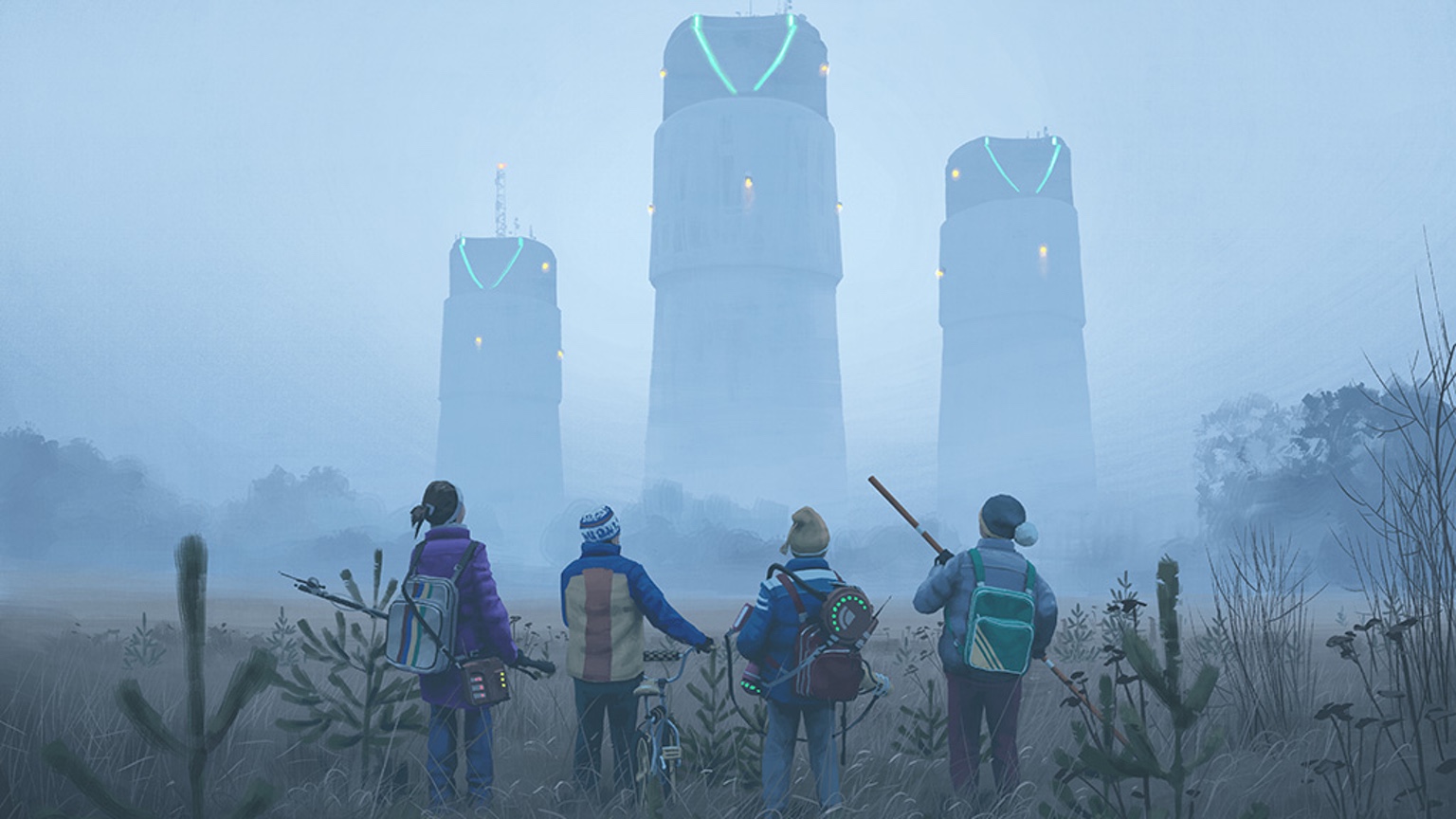 Matt, one of the two primary GMs in our group, supported the Tales from the Loop Kickstarter, spurred on by the splendid Simon Stålenhag art from which the game germinated. The rules are still being polished, but he and the rest of the group started playing with the latest PDF from the Kickstarter. They really enjoyed the first session.

Originally I wasn’t all that interested in the idea of playing as a teenager in the ’80s. I’d actually already been a teenager in the 1980s, and I wasn’t sure visiting an alternate Swedish sci-fi mystery version of it would be very compelling. After hearing about their characters and the fun the rest of my group had with the first session, I was intrigued. Then I got an unexpected opportunity to play.

Creating a character was fast, easy, and fun. Stats are straightforward – just distribute points for your Body, Tech, Heart, and Mind attributes. Then you distribute skill points, with each skill being associated with an attribute. Flesh out your character by determining what drives him, what he is proud of, how he relates to other kids and to NPCs, and what iconic item helps him.

In 10 or 15 minutes, I had Olof fully fleshed out. Built off theHickarchetype, he is a reliable friend who helps others, feels they need him, and spends a lot of time outdoors with his dog Butch when he’s not fixing things in the barn.

We got right down to business. The Em and Manny’s characters had already found a mystery in the first session, and Olof got dragged into it right away. The mechanics, which are stripped down and tailored for the setting, derive from the Mutant: Year Zero rules. You roll a number of six-sided dice equal to the governing attribute for the task, plus the associated skill, plus any gear that might be required. All you need is one 6 result to succeed, but additional 6 results provide additional benefits.

You can get a re-roll by burning a Luck point, or by accepting complications, and it’s all done in a straightforward manner that keeps the point-counting to a minimum. In no time at all our characters were sneaking around, gathering info, getting into fights, hiding from baddies, and attempting to thwart sinister plots of unknown depth.

The Future of the Alternate Past is Bright

This game surprised me. The ease of dropping into a fully fleshed-out character, the way the rules push the players to fill in aspects of the game world on the fly, and the buttery smooth mechanics fit the setting beautifully. I’m not sure how the game will hold up over extended play, but I’m excited to try it again.