With The Elusive Shift Jon Peterson delivers an engaging and thoroughly-researched history of how the first Dungeons & Dragons players discussed, argued about, hacked, and designed alternatives to these loosely-defined rules for fantasy wargaming. These trailblazers hailed from two different traditions – wargaming and science fiction fandom – and the fundamental differences in their approaches led to a range of interpretations about what “roleplaying” even meant. By shedding light on the early days of the hobby, Peterson’s surefooted work also provides context that helps us understand its current state. 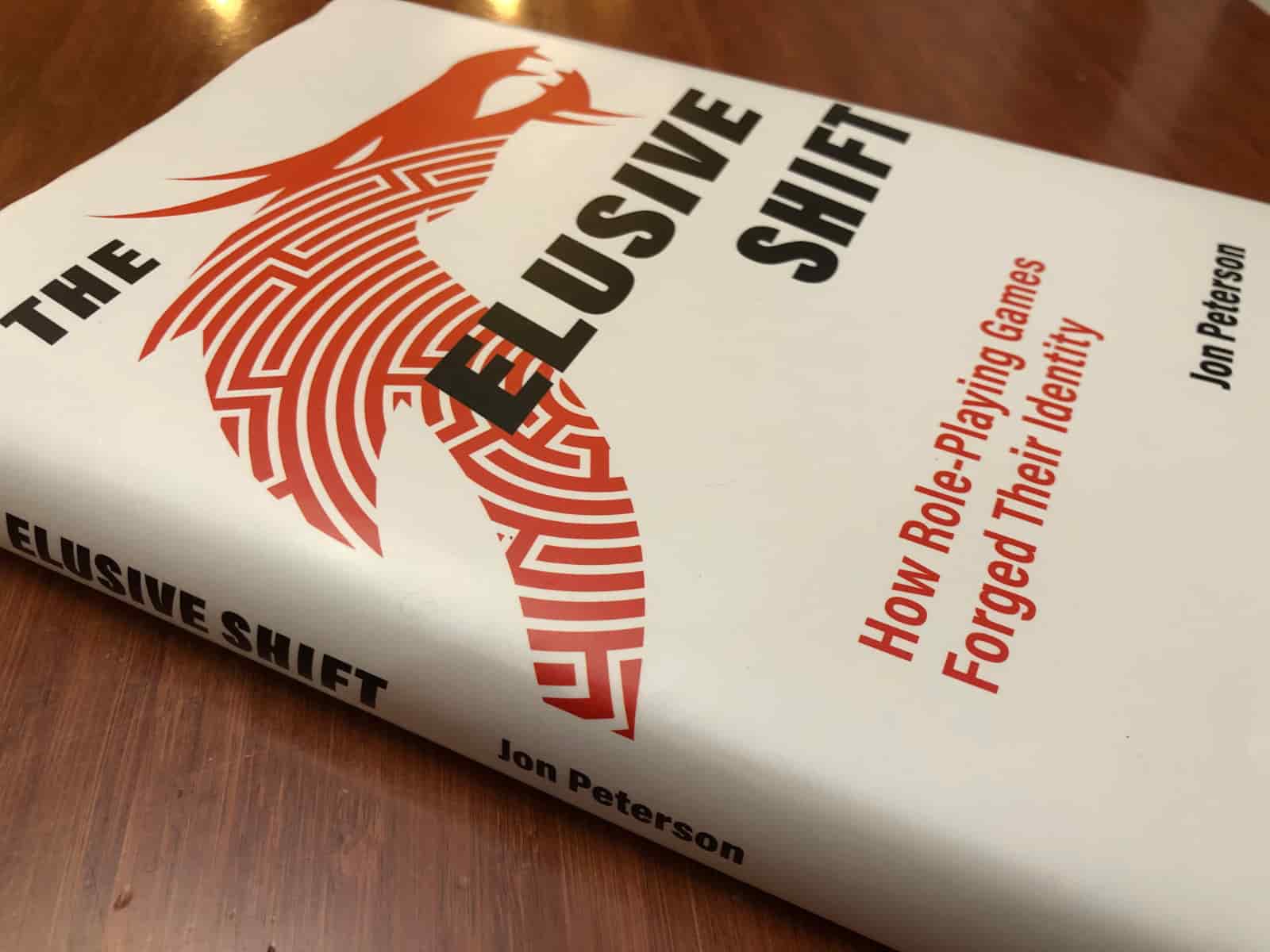 Barbarians at the Gate

I’m in junior high school and I’ve just been introduced to this bizarre, enthralling activity called “D&D”. I know it’s been around for a while, but I’m too busy trying to understand the game’s rules and figure out how to keep my Fighter from dying to gather more context. The pursuit is essentially ahistorical for my friends and I; it may as well have come into being the moment before we discovered it. Like me my Dungeon Master is only 13 years old, but he’s a hardass; he sneers at “Monty Haul” DMs and makes us work for every victory, no matter how small. No wonder we become expert at mining the Player’s Handbook for any edge we can find.

What I don’t realize is that I’m part of a wave of what the old-timers refer to as “Munchkins”. We’re the unwashed horde, the barbarians at the gate who have crashed what used to be a relatively unknown pastime practiced by college students and actual adults. We know very little of the history of the game, and even less about the raging debates that filled the pages of amateur gaming ’zines during the years before our arrival.

By the time high school rolls around, we have branched out past D&D and are playing everything we can get our hands on – The Arduin Grimoire, Top Secret, Traveller, RuneQuest, Aftermath! – and we like them to varying degrees. In time our tastes gel and we develop an understanding of what “role playing” means to us. We are no longer Munchkins, but even as we take our games off to college we have only a rudimentary understanding that they exist against the backdrop of an extended discourse about the term and and how its precepts should manifest in play.

I spend many years thereafter reading about and discussing roleplaying as a concept. I try a variety of games, from Apocalypse World to Fate Core to Savage Worlds, and the preferences I formed in high school and college gradually shift. I sort through competing interpretations of concepts like GNS Theory, and watch with fascination as the same arguments about the nature of roleplaying pop up in forums over and over again.

Some of this is just the overall unsanitary nature of online discourse – you can’t make it to the diamond mine without first going through the swamp. But much of it is the hobby finding new ways to resurrect old disputes. What constitutes too little roleplaying, and what is too much? When do house rules become a different game altogether? Is immersion in setting a good thing or bad? Is character optimization incompatible with roleplaying? And the age-old debate rages as if it was born yesterday: is D&D’s dominance a boon or a curse?

Why has the discourse around tabletop roleplaying become so cacophonous, I wonder.

But that foundation is usually hidden from view because a relatively small number of people were engaged in its construction. Their arguments about roleplaying, their wild experiments and relentless questioning were buried under years of new game releases and the endless now of online discourse. The ’zines that served as the record of their accomplishments are gone.

What Jon Peterson has done with The Elusive Shift is sift through those dispatches from the past to form a fascinating story. It’s the tale of how a game in the wargaming tradition – with loosely-defined rules and an expectation that no two-tables would run the game in the same fashion – electrified both wargamers and fans of science fiction and fantasy. Each came to D&D from a different perspective, with different goals in mind. This collision led to an astounding creative torrent as myriad variations of D&D were born, and entirely new game systems were created.

It also led to disputes about the nature of roleplaying that reverberate four decades later. The One True Way was never found. Tabletop roleplaying is too elastic. It can be molded to suit many needs and play styles. But The Elusive Shift makes clear that the early disputes served a critical purpose. They led to a better shared understanding of what we mean when we talk about roleplaying games. Perhaps most importantly, they slayed the notion of The One True Way.

The Elusive Shift is a broader, livelier read than Playing at the World, Peterson’s definitive history of the early days of D&D. It highlights games that pushed the hobby in new directions, from well-known titles like Bunnies & Burrows and Tunnels & Trolls to more obscure games like Legacy and Commando. Most importantly perhaps, it fills a huge gap in the hobby. We can have better arguments if more of us understand the arguments that have come before, and how they were surmounted.