Along the way I’ve learned a few things about post-apocalypse settings and running campaigns in them. Much of that education has come the hard way, through trial and error, and I’m certainly still learning. As with any GM advice, your game is your game, and some or all of this may not make sense for you and your campaign. So take it as food for thought. With that in mind, whether you’re already game mastering a post-apocalypse campaign or are in the planning stages hopefully some of these suggestions will be helpful. 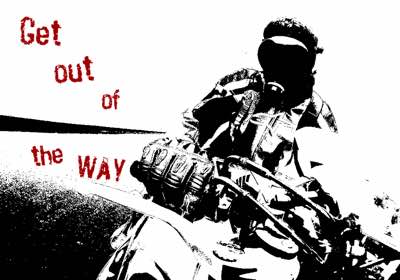 While there are plenty of flavors of post-apocalypse fiction, most of the common genre tropes come from movies and TV shows. The wasteland-dwelling, football pad-wearing, spiked baseball bat-wielding, leather-and-rag-clad characters we’ve all seen dozens of times inform our understanding of the genre. And many of those tropes derive primarily from aesthetic choices rather than attempts at believability.

Which is fine, of course. How do the desert dwellers of Mad Max: Fury Road get enough water? What do they eat? This only matters if you want it to matter. But you do need to be clear about whether such considerations will carry any weight in your campaign.

If you’re looking to run a pulpy, fast-moving campaign, you won’t want to be bogged down with counting calories and measuring water consumption. And you’ll likely want a game system that supports a free-wheeling, cinematic experience — Fate Core, Genesys, or Savage Worlds, for example. But if you want a grittier campaign in which the threat of slow death by starvation, exposure, radiation disease, and other dangers is ever-present, you’ll probably be better served by a game with more granular mechanics — Basic Roleplaying and GURPS come to mind.

In my experience it pays to be really clear about such matters up front with players. Use the Same Page Tool and talk through the threats player characters might face, the overall lethality of the campaign, and the tone. For example, will the campaign echo the grim determination seen in the aftermath of real-world disasters, or will it be driven by the near-suicidal manic kineticism of the Mad Max films?

If you are going for believability, it pays to go beyond the rulebooks and do some research. Check out my review of The World Without Us, and The Knowledge, books which respectively describe how the landscape would change if human population were radically reduced, and the steps survivors would need to climb back up the technology ladder one rung at a time. You may also want to check out my review of Raven Rock: The Story of the U.S. Government’s Secret Plan to Save Itself — While the Rest of Us Die, which provides a wealth of information for a Fallout -style setting in particular.

Whether you’re going pulpy or gritty, you’ll also want to be clear on how much magic you want to incorporate in the campaign. By magic I mean anything not immediately explained by current science. Will there be x-beam weapons? Mutagenic alien spores that cause psionic effects? Metaphysical powers? Again, be sure to cover this with your players and make sure everyone is in agreement. This doesn’t mean you have to give away any surprises, but you don’t want players who think they’re playing a hard-edged, reality-based game to be blindsided if you introduce telekinetic mutation.

If you’re thinking of running a post-apocalypse campaign, you should read Apocalypse World. There’s plenty to be gleaned from it’s pages, but I’ll call attention to one aspect in particular. Whether you like the mechanics or not, the game’s focus on relationships over technology is illuminating. Don’t worry, it’s not a game of hand-holding and drum circles. Apocalypse Worldis all about the importance of trust and how it is negotiated. 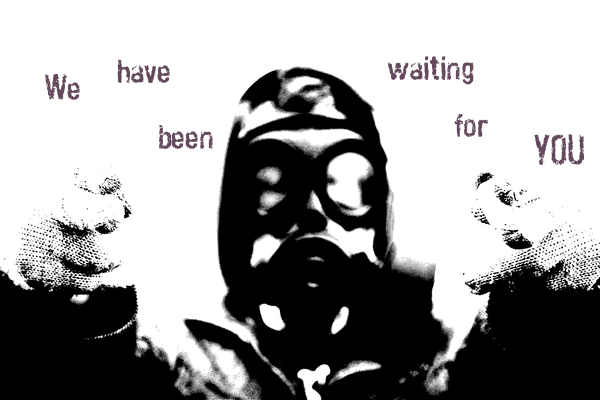 Civilization is a collective endeavor built on layers of fairly abstracted trust — trust in institutions, trust in systems of governance, trust in each other as a collective. An apocalypse strips out all the abstraction. There are no more institutions left. The systems have all failed. Who can be trusted is a matter of utmost importance when survival is on the line. This matters whether your campaign is ultra-gritty or full gonzo.

The closer to apocalypse event, the more likely anyone and everyone is skittish, nervous, and generally freaked out. Plenty of witless fools would survive any apocalypse through random luck, but it’s safe to assume that after even a short period of time most survivors would be skilled at quickly assessing danger. NPCs will be cautious in extending trust, even if they make common cause with player characters.

Survivors of any apocalyptic event would band together rapidly. Humans do better in numbers. We’re social creatures, and we find comfort and safety in groups. Within these groups, deadly conflict is a waste of resources. When there are three effective foragers in your group and one of them brains one of the others in an argument, the entire group’s odds of long-term survival diminish. So it’s reasonable to expect that in any survivor community there would be strong prohibitions against killing within the group.

What about outside the group? When is it OK to inflict violence on outsiders? That’s one of the core questions explored by The Walking Dead TV series. And it’s a worthwhile question to explore in your campaign. Trust gets trickier when you’re talking about groups. If a psychopath holds sway over a community, are all the members of that community at fault for the group’s actions? Can groups in conflict with each other ever come together peacefully?

All this talk about relationships and communities may sound a bit warm and fuzzy for a post-apocalypse campaign, but games as disparate as Degenesis: Rebirth, Mutant: Year Zero, and Wreck Age put community at their core. Having played earlier games such as Aftermath! and Twilight: 2000, which don’t explicitly call out the importance of community, I can see why.

Characters who make a big score and find five crates of 5.56mm NATO rounds, a working alcohol still, or a cache of canned vegetables are fortunate survivors. Characters who make the same score and bring it back to their community are doing more than surviving; they are serving a cause. It’s not enough to just survive. Even if they’re zapping mutants or killing zombies along the way, PCs have to be rebuilding and providing hope or a post-apocalypse campaign will sink into the mire of nihilism under the weight of endless bullet-counting and corpse-robbing.

Speaking of despair, it’s got to be there. It’s being fought against, but it’s never far away. Nor should it be overpowering. Even the grimmest settings need some humor from time to time. Injecting little bits of lighthearted relief give you as GM the opportunity to release tension and provide contrast with the darker moments that will surely come.

Whatever the apocalypse, it likely has destroyed all the sophisticated systems for gathering, vetting, and disseminating information that used to exist. This makes information much, much more valuable after the apocalypse. I got a small taste of this in 1993 as a soldier deployed to Somalia. In our area of operations the locals had no central government, no functioning institutions, and few reliable information sources.

It wasn’t an apocalypse, but the foundations of civil society had been decimated. Rumors spread like wildfire, sometimes sending fearful survivors of civil war and famine into panic. It was understandable. When things look dicey, it’s best to flee first and ask questions later. And flee they did, sometimes in large numbers.

In order to convince people that rival clans weren’t moving into their territory, on a couple of occasions we had to take village elders up in a Blackhawk helicopter so they could see with their own eyes that no attack was coming. We did this to assuage people’s fears, but also to reinforce the standing of the elders in their own communities. They got to gather valuable information firsthand, and because they were the source of that information, they became that much more valuable to the members of their village.

Also, after we helped the elders see with their own eyes, eventually they came to trust (there’s that word again) our word when we told them nobody was coming to attack them. That trust helped us immensely in negotiating with them on other matters. In campaign terms, anyone providing reliable information holds a trust advantage.

Post-apocalyptic games are combat-heavy, right? Nope. They should have less combat than most sci-fi or fantasy games.

Death is everywhere in a post-apocalypse setting. It’s in the rotting carcasses being pecked at by overfed ravens. It’s in the jagged metal remains of skyscrapers and the lifeless radiated zones. There’s no quaint little Shire. There are no bustling orbital cities. There are just desperate survivors trying to find safety and hope in the shadow of massive cataclysm. 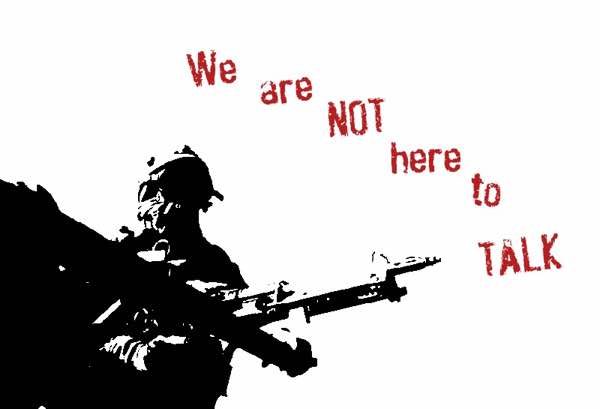 Post-apocalypse tropes would have us believe that in the midst of all that death survivors would be spending most of their energy figuring out how to kill the remaining humans, when they’d actually need to expend most of that energy on the rudiments of survival. If you’re going for a pulp action style campaign a higher combat quotient works, but even then it pays not to overdo it.

The drama of human interaction that forms the foundation of post-apocalypse fiction still applies. If trust turns to mistrust, fear turns to anger, and anger leads to violent confrontation, it’s that buildup that forms the dramatic tension you want. When fighting is routine it loses its dramatic impact. But when it’s the culmination of a series of events, when it’s something nobody wanted but has become inevitable, that’s when it carries real dramatic force.

And when the combat has ended and the survivors are licking their wounds, consider making healing difficult and time-consuming, even if the game system doesn’t explicitly handle it in this way. In post-apocalypse settings resources are almost always meager. Healing should never be a foregone conclusion, and the player characters should feel nervous and vulnerable while healing. This heightens tension even when they aren’t directly threatened, and reinforces the notion that combat should never be taken lightly.

If you haven’t yet decided on a game system for your apocalypse, check out these games. One of them may be just right for your needs: