The Giant at the Table: Dungeons & Dragons

D&D casts a long shadow in the tabletop roleplaying world. It’s the original RPG, it’s been around for over 40 years, and it’s the most popular. On top of all that, the OGL (Open Game License) introduced in 2000, gave rise to a huge number of games built around the core D&D mechanics, and eventually gave rise to the OSR movement. These underpinnings are usually referred to as d20, because a twenty-sided die (d20) is rolled to determine success or failure, but they also share other features such as character attributes and use of classes and levels.

There are many advantages to sticking with d20 mechanics: You’ll always be able to find players for a d20 game, because so many gamers are familiar with them. Aside from D&D you can delve into 13th Age and Pathfinder, as well as Swords & Wizardry and many other retro clones. Learn one and understanding others is straightforward.

But what if you’re looking for something beyond D&D and its kin? Where do you start?

Branching Out: From RuneQuest to Apocalypse World

The success of D&D and d20 mechanics gave rise almost immediately to a host of other games with different underpinnings. Most were rapidly forgotten, but some stood the test of time. As the hobby has evolved, new systems have similarly come and gone, with a few making it over the long haul. So we now find ourselves in an era not just of many games, but many underlying systems.

If you’re looking to examine non-d20 games but are concerned that in doing so you may be going too far into niche territory, this short list of game mechanics may help minimize the risk of moving into unfamiliar territory. Each of the systems discussed below allows you to span genres and settings, and none of them are going away any time soon. 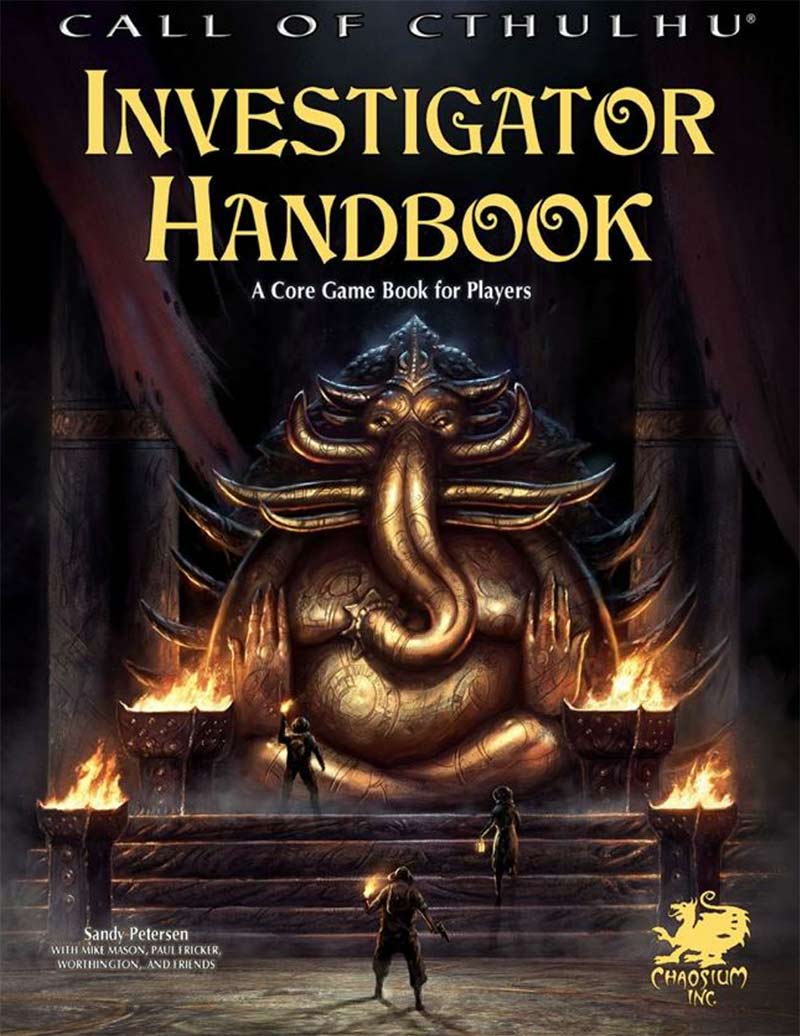 RuneQuest was one of the earliest real competitors to D&D. This year it will be 40 years old, and it has gone through multiple editions and publishers. It is now back in the hands of the original publisher, Chaosium, and a big new version, RuneQuest: Adventures in Glorantha, is due in the next few months.

The core RuneQuest mechanic is the percentile (aka d100) roll. All tasks are given a percentage chance of success. To succeed, a player must roll under that percentage using two ten-sided (d10) dice. In the In the 1980s Chaosium produced several games with the same underpinnings, which came to be published as Basic Roleplaying. The most successful of these games, Call of Cthulhu is alive and well in a sumptuous 7th edition. It is known for enjoying some of the best adventure supplements of any roleplaying game, and for solid backward compatibility, meaning that even decades-old supplements can be used with the latest edition.

Aside from those Chaosium-published d100 games, many other games (ex: Mythras) use d100 as a core mechanic, even when they vary (ex: Eclipse Phase) in other respects. 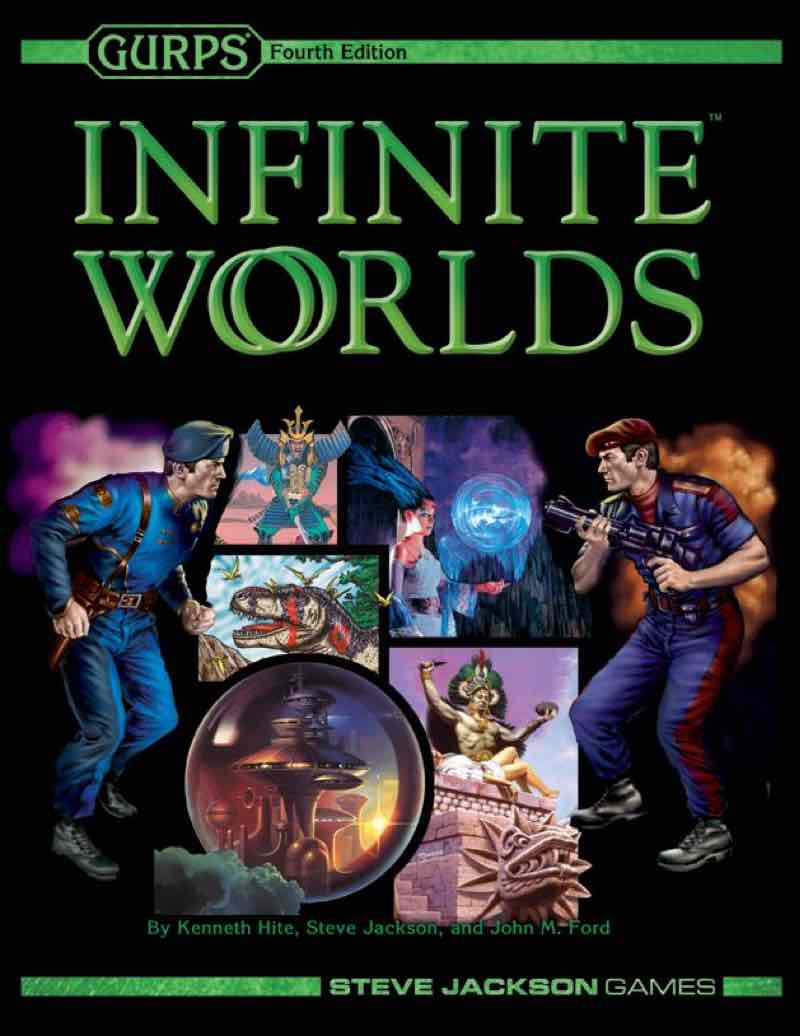 The Generic Universal Roleplaying System is a tenacious survivor. First introduced in 1986, GURPS is the dominant generic/universal system. Instead of a d20 the system uses three six-sided dice (3d6) to resolve actions. It uses a point build system for creating characters, so the gamemaster can dial in the power level of a campaign. Anything from superheroes to fantasy to sci fi can be played using GURPS.

Perhaps the biggest selling points are that it can be dialed in from moderate to highly crunchy, and that a staggering array of supplements have been published for GURPS over the years. These supplements can be mixed and matched, so you could, for example, construct a guns & spells special ops campaign using GURPS Magic, GURPS Tactical Shooting, and GURPS Special Ops.

GURPS provides the advantage of allowing you as gamemaster to create a unique, highly-tailored, tightly-defined world while still using rules that will be familiar to anyone who has played GURPS, even in a completely different sort of campaign setting. 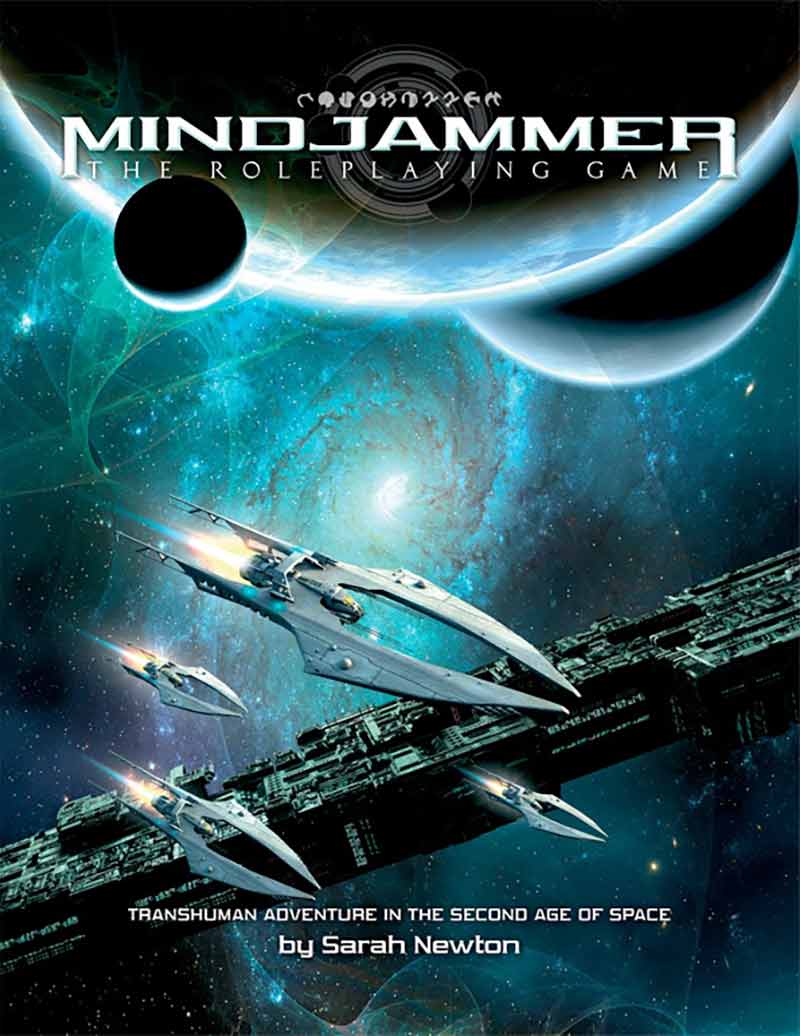 Fate Core was released in 2013 and is the latest incarnation of the Fate system, which in turn derived from the Fudge system.Fate Coreand its streamlined Fate Accelerated Edition variant are available as a generic system that can be used to tailor your own campaign in any genre or setting.

Several Fate Core-Powered games have been released by multiple publishers, and they cover everything from pulp action (Atomic Robo) to fantasy (Ehdrigohr) to sci fi (Mindjammer). Many setting supplements are also available from a variety of publishers for use with the Fate Core rulebook.

The Fate Core mechanic utilizes Fate Points, which are used by players and gamemaster to manipulate the flow of events in the game. Fate Points can be accumulated by taking on greater hindrances and risks, and used to improve the odds of success when necessary. This approach places the development of a dramatic and exciting story ahead of modeling a world and letting the dice determine outcomes. Characters and the environment in which they operate are defined in a very different fashion from d20 games. So it can be a challenge to wrap your mind around if you’re used to traditional mechanics. That said, if you’re looking to truly go beyond D&D, Fate Core is a great way to explore something new. 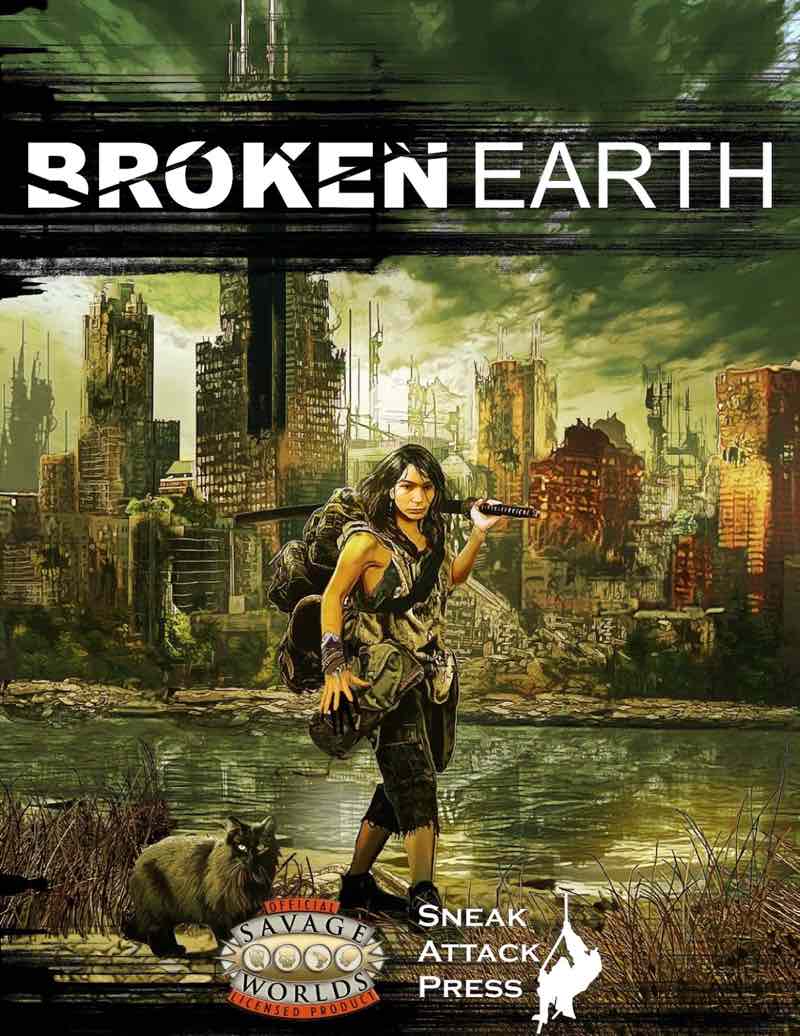 The system uses a variety of dice, and skill level determines the type of die rolled to accomplish a task. Character creation takes only a few minutes. Combat, even with large numbers of characters, is fast.

There are many setting supplements available for Savage Worlds, so you can run the game in the post-apocalyptic setting of Broken Earth, the weird wild west of Deadlands, or fantasy and scifi settings of your own creation. The publisher, Pinnacle Entertainment, also makes a range of short and sweet adventures ready for download.

Savage Worlds is a low-risk investment if you’re looking to try something new. The core book is inexpensive and the mechanics are easy to pick up even if you only have experience with d20 systems. Because of the emphasis on fast prep and play, it’s also a good backup system suitable for those moments when you need to run a one-shot session because half the group can’t make your scheduled game. 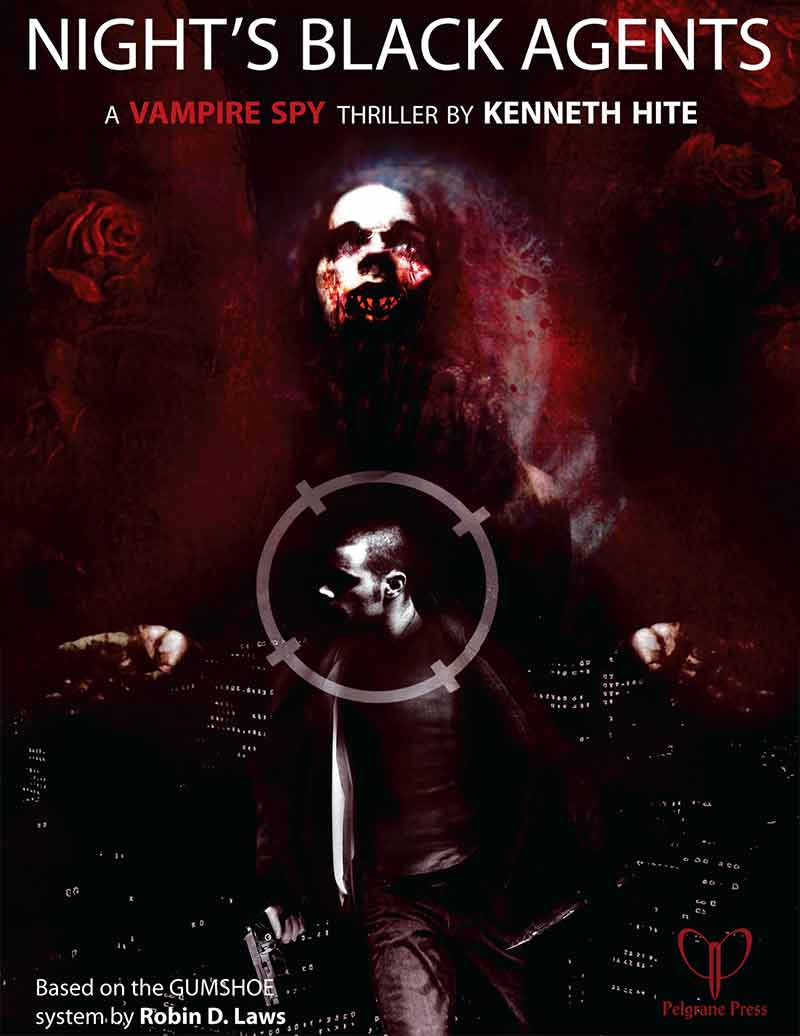 Every gaming group bumps into this problem at one time or another. The player characters are looking for clues, trying to figure something out. They keep failing their observe/notice/spot rolls, and can go no further. The frustrated gamemaster takes a heavy sigh and uses some form of heavy-handed intervention (“A bystander points at some footprints a few feet to your left and asks if those might have been made by the assailant”) or metagaming (“Uh, guys, you haven’t told me you’re looking for footprints. Do you want to try doing that now?”).

The GUMSHOE mechanics are designed for games where investigating and following clues are vitally important. Rather than leave the obtaining of clues to chance, GUMSHOE ensures players will find the clues, and focuses instead on giving the gamemaster tools to make interpreting and acting on those clues interesting and dynamic.

GUMSHOE games use six-sided dice (d6) and the basic mechanics are straightforward. Every GUMSHOE game also includes optional rules so you can tilt the game toward a particular style of play, making it more cinematic, more deadly, and so on.

There are more games in the GUMSHOE lineup than you might think. The Esoterrorists is a game of occult investigation. Trail of Cthulhu brings you face to face with the horrors of the Cthulhu mythos. In Night’s Black Agents, burned spies attempt to foil vampire conspiracies. In Ashen Stars players take the role of spacefaring troubleshooters. You can go on time-traveling missions in Timewatch, or solve small-town crimes in Bubblegumshoe.

Powered by the Apocalypse 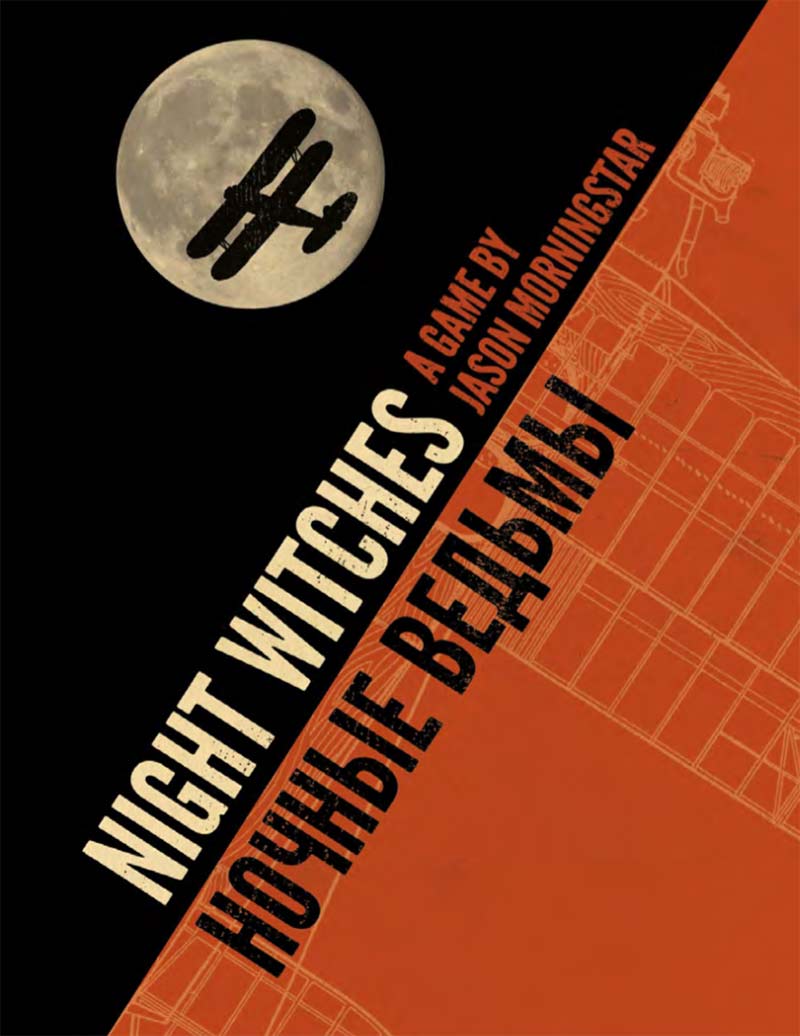 When the indie post-apocalypse game Apocalypse World was released in 2010, few could have foreseen the effect it would have. Designer D. Vincent Baker encouraged fans to hack the mechanics and apply them in interesting ways, and over the next few years a cornucopia of games using modified Apocalypse World rules (aka Powered by the Apocalypse) emerged.

Games that are Powered by the Apocalypse rely on a straightforward roll of two six-sided dice (2d6). High results indicate success, low results indicate failure, and 5-7 means you succeeded at a cost. This simple mechanic gives PbtA games a very different feel from traditional games because the gamemaster can introduce complications even when characters succeed. This helps inject interesting twists into the story and keeps players on their toes because nothing can be taken for granted.

Powered by the Apocalypse games range from the retro-feel fantasy of Dungeon World to the horror of Monster of the Week and the mix of relationships and terrifying aerial combat in Night Witches. It seems like new PbtA titles are being added every month. PbtA games are a real departure from d20 systems, and they employ a fascinating mix of tight mechanics and story effects.

Other Systems to Keep an Eye On

The systems I’ve just described obviously aren’t the only systems in town if you’re looking to branch out beyond D&D and other d20 games. I selected them because of their longevity and breadth of support, but you may also want to take a look at a few newer systems that are showing signs of making it for the long term.

Cypher System was originally created by Monte Cook Games to power Numenera, and has since been used to power The Strange and the stand-alone Cypher System core book.

Modiphius Entertainment has released several games using the 2d20 system, most notably Conan: Adventures in an Age Undreamed Of and Star Trek Adventures.

The Swedish company Fria Ligan (Free League) used the same underlying system for Mutant: Year Zero,,Coriolis, and Tales from the Loop. While the rules differ from game to game, the core is fundamentally the same.

Fantasy Flight Games introduced the first of its officially-licensed Star Wars games in 2012. The games have proved hugely popular, and the underlying mechanics were just released as a generic core book called Genesys.